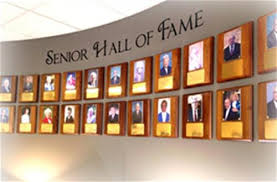 Awards are presented to individuals age 60 and over who have contributed significantly to the lives of older Alabamians. Nominees can also be recognized for their contributions in various categories, including: Educator, Religious, Elected Official, Health Professional, Communications and Legal, among others.

The Hall of Fame also recognizes individuals who are 100 years of age or older and couples who have been married 65 years or more.

The deadline to submit recommendations is August 22, 2014. The Senior Citizens Hall of Fame Nomination Form can be found by visiting www.AlabamaAgeline.gov, or by contacting Arleen Alexander at 334-242-5760 or at…

Award recipients will be honored at the 2014 Alabama Senior Citizens Hall of Fame ceremony at the First Baptist Church in downtown Montgomery on Sunday, October 12, 2014.

Advertisement. Scroll to continue reading.
In this article:news, senior citizens