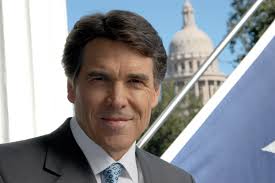 On Friday, August 15, popular Texas Governor Rick Perry was indicted by an Austin Grand Jury on Felony counts of abuse of official capacity and coercion of a public servant.

The rumored Republican Presidential candidate could receive a maximum punishment on the first charge of five to 99 years in prison, and two to 10 years on the second.  Perry contends that this indictment is partisan and political.  The indictment comes toward the end of Perry’s final term in office. Perry has been in office since 2000 when he followed then Texas Governor George W. Bush.  Perry is already the longest-serving governor in Texas history, Perry isn’t seeking re-election in November, but Perry only two weeks ago created a Political Action Committee, RickPAC. This month, Gov. Perry is scheduled to travel to key states like Iowa, New Hampshire, and South Carolina.  Many political observers saw this as a sign that Gov. Perry was going to run for the Republican nomination for President in 2016.

“Governor Perry has no legal authority to remove the Travis Country District Attorney from her job. Threatening to take an official action against her office unless she voluntarily resigns is likely illegal…The governor overstepped his authority by sticking his nose in Travis County’s business. A legal process is currently underway. That process alone should determine the fate of the District Attorney…Governor Perry’s official threats attempt to obtain two things that he can’t achieve through legal democratic means. First, to remove an elected Democrat and replace her with an appointed Republican DA. Second, to wipe out the state’s public corruption watchdog, which is currently investigating corruption in at least one of the governor’s signature corporate subsidy programs.”

According to original reporting by the “Daily Caller’s” Olivia Nuzzi, the indictments that were handed down on Friday night involves a Democrat District Attorney who refused to resign from her position as District Attorney, where she controlled the State of Texas’s Public Integrity Unit, an entity which investigates ethics violations of elected officials.

DA Rosemary Lehmberg, was pulled over in a traffic stop  on April 13, 2013, with an open bottle of vodka in her Lexuas.  A drunken Lehmberg acted so belligerently that officers felt the need to strap her into a restraining chair once she arrived to jail.  Lehmberg was videotaped screaming and kicking at officers and sticking out her tongue.  At one point, she even threatened the officers, “Y’all are gonna be in jail, not me,” Lehmberg said.   Lehmberg pleaded guilty to drunk driving and received 45 days in jail though she actually only spent a couple of days in jail.  Lehmberg ignored public demands that she resign.

Gov. Perry responded in June of 2013, by announcing plans to effectively dismantle the Public Integrity Unit by devastating budget cuts unless Lehmberg stepped down.  Texas Democrats believed that if Lehmberg was resigned, Perry would appoint a Republican to takeover the job and the ongoing investigation of GOP finances, specifically an allegation that State Cancer Grant money went to Perry donors.  When Lehmberg refused to leave, carried out his threat and vetoed all of its funding ($8 million) for two years.

Perry’s general counsel, Mary Anne Wiley, claims the charges are flimsy at best: “The veto in question was made in accordance with the veto authority afforded to every governor under the Texas Constitution. We will continue to aggressively defend the governor’s lawful and constitutional action, and believe we will ultimately prevail.”

Gov. Perry told Fox News Sunday that he would make the same decision again.  Perry said, “The highest-ranking prosecutor in Travis County was stopped for driving while drunk almost three times over the legal limit,” the Republican governor said. “She was abusing law officials. She had to be restrained.”  Perry called the indictment a farce.  “That’s not the way we settle political differences in this country,” Perry said. “We settle (them) at the ballot box.”

Supporters of the indictment acknowledge that Perry had the authority to use his line-item veto power, guaranteed by the Texas Constitution, to eliminate the $7.5 million in two-year State funding for the public integrity unit.  They also acknowledge that Perry, under the First Amendment, has the right to call for the resignation of Lehmberg.  However Democrats claim that using his power over the integrity unit’s funding to demand that Lehmberg resign crossed the line into an abuse of power.

Gov. Perry said on Saturday, “The details of my decision-making were very clear. I said early on that I was going to clearly veto those dollars as long as they had someone in that office who I had lost confidence in, and I did exactly what I said I was going to do.”

Texas Republican have long despised the Democrat controlled Public Integrity Unit.  That Unit was responsible for the prosecution and conviction of former U.S. House Majority Leader Tom DeLay (R) from Texas.  Those convictions ended DeLay’s political career but were later acquitted on appeal.  Republicans would prefer that public corruption investigations be more to the Republican controlled Attorney General’s office.

Lehmberg and other Travis County officials recused themselves from the Perry case and are not prosecuting it.  Instead a Republican judge from Bexar County, Bert Richardson, appointed a special prosecutor, Michael McCrum, to handle the prosecution.  McCrum is a criminal defense attorney in San Antonio and a former Dallas police officer who began his career as a federal prosecutor during the George H.W. Bush administration.

Gov. Perry still says, “I wholeheartedly and unequivocally stand behind my veto, and will continue to defend this lawful action of my executive authority as governor.”