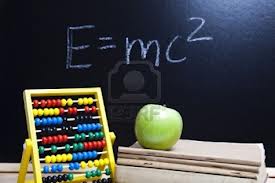 RALEIGH, NC – A State Superior Court judge in North Carolina has held a program strikingly similar to the Alabama Accountability Act unconstitutional, saying it “fails children,” and is unlawful on at least half a dozen different legal grounds.

The law, called in North Carolina the “Hope Opportunity Scholarship,” was ruled unconstitutional at the end of last week in what some new media outlets reported as a “smack” of the State’s legislature.

Based mainly on the contention that public funding of private schools is unjustified under North Carolina’s constitution, the opinion of Wake County Superior Judge Robert Hobgood also ruled there were several other legal problems in the law, furthering factoring to his wide-ranging, but appealable decision.

North Carolina’s program, a mere lightweight compared to Alabama, totals $10 million in State funding, whereas here in the Yellowhammer State, the price of the AAA bottoms at $25 million and may reach as high as $30 to $50 million, according to the House committee who fiscally assessed the Accountability Act.

Judge Hobgood heavily criticized the program, in his opinion, which he announced from the bench:

“It appears to the court that the General Assembly is seeking to push at-risk students from low-income families into non-public school in order to avoid the cost of providing them with a sound, basic education,” he wrote.

“The General Assembly [North Carolina’s legislature] fails the children of North Carolina when they are sent with public, taxpayer money to private schools that have no legal obligation to teach them anything.”

According to one local district in our State, the Alabama Accountability Act, an extremely similar program, cost their school system a total of $268,000, an amount that forced them to cut jobs, particularly those of library aides throughout the system.

Below are some of the judge’s conclusions as to the law’s constitutionality:

In Alabama, Montgomery County Circuit Court Judge Gene Reese has already ruled the Alabama Accountability Act unconstitutional, though he issued an injunction until an appeal can be ruled on.

In Florida, the a pre-trial injunction was filed to allow the program to continue dispersing money and accepting application until the issue was legally resolved. That matter was the result of a suit by some parents in the Sunshine State, represented by the Institute for Justice, an organization funded by the Koch brothers.

Ironically, the Institute of Justice has reappeared with new Alabama plaintiffs, and will be appealing the Montgomery County judge’s decision striking down our State’s law.