Afterwards Sen. Strange said in a statement, “At almost $20 trillion in national debt and counting, having someone at the helm of OMB who has a record of opposing increased spending is absolutely vital. I have no doubt that Representative Mick Mulvaney (R-SC) will rein in the runaway spending that is pushing our nation ever-closer to financial disaster, while making sure that our military has the resources necessary to protect our country. Our children and grandchildren are set to inherit a financial burden they did not create and it is upon us to act now in order to ensure a better future for the next generation.”

The confirmation narrowly passed the Senate 51 to 49. If Sen. Strange had voted to deny; then the tie would have been settled by Vice-President Mike Pence (R).

Senate Majority Leader Mitch McConnell said that Mulvaney, “Can help get our nation back on track fiscally.”

McConnell said, “Over the past several weeks we’ve seen unprecedented obstruction from our colleagues across the aisle. It’s made the confirmation of this president’s nominees the slowest in modern history. It’s left several key departments without a permanent secretary at the helm for far too long. And what’s the point other than needless delay? Our friends are slow-walking votes, not changing outcomes.”

US Senator John McCain (R-Arizona) voted with the Democrats because of Mulvaney’s past support for budget cuts and withdrawing American troops from Afghanistan.

Democratic efforts to kill the nominations of: Jeff Sessions for Attorney General; Steve Mnuchin for Treasury Secretary, Betsy DeVos for Education Secretary, and Mulvaney at OMB have all failed, but the delaying tactics has slowed the implementation of President Trump’s, “Make America Great Again” agenda.

The Democrats did win one victory this week when CKE Restaurants CEO Andrew Puzder suddenly withdrew his nomination for Labor Secretary on Wednesday. On Thursday President Donald J. Trump (R) nominated Alexander Acosta as Labor Secretary. Acosta is currently the dean of the Florida International University School of Law and is a former member of the National Labor Relations Board. If confirmed, Acosta would be the first Hispanic in the Trump Cabinet.

The next confirmation vote is expected to be Oklahoma Attorney General Scott Pruitt (R) for Environmental Protect Agency (EPA) Administrator. Some Republicans have voiced concerns over Pruitt.

If it had been enacted, the proposed change would have negatively affected several cities in Alabama.

Alabama cities would be directly impacted if they were to lose MSA designation. 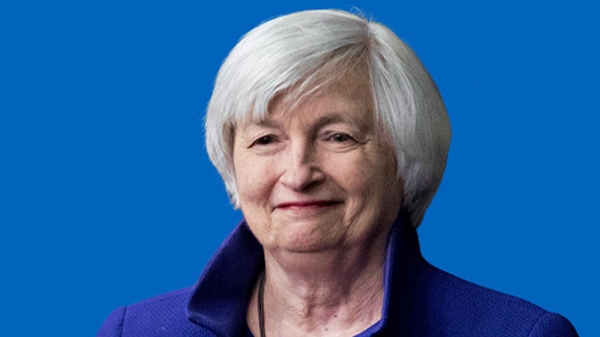 Yellen is the first woman to lead the Treasury in American history and was confirmed by the Senate 84 to 15.