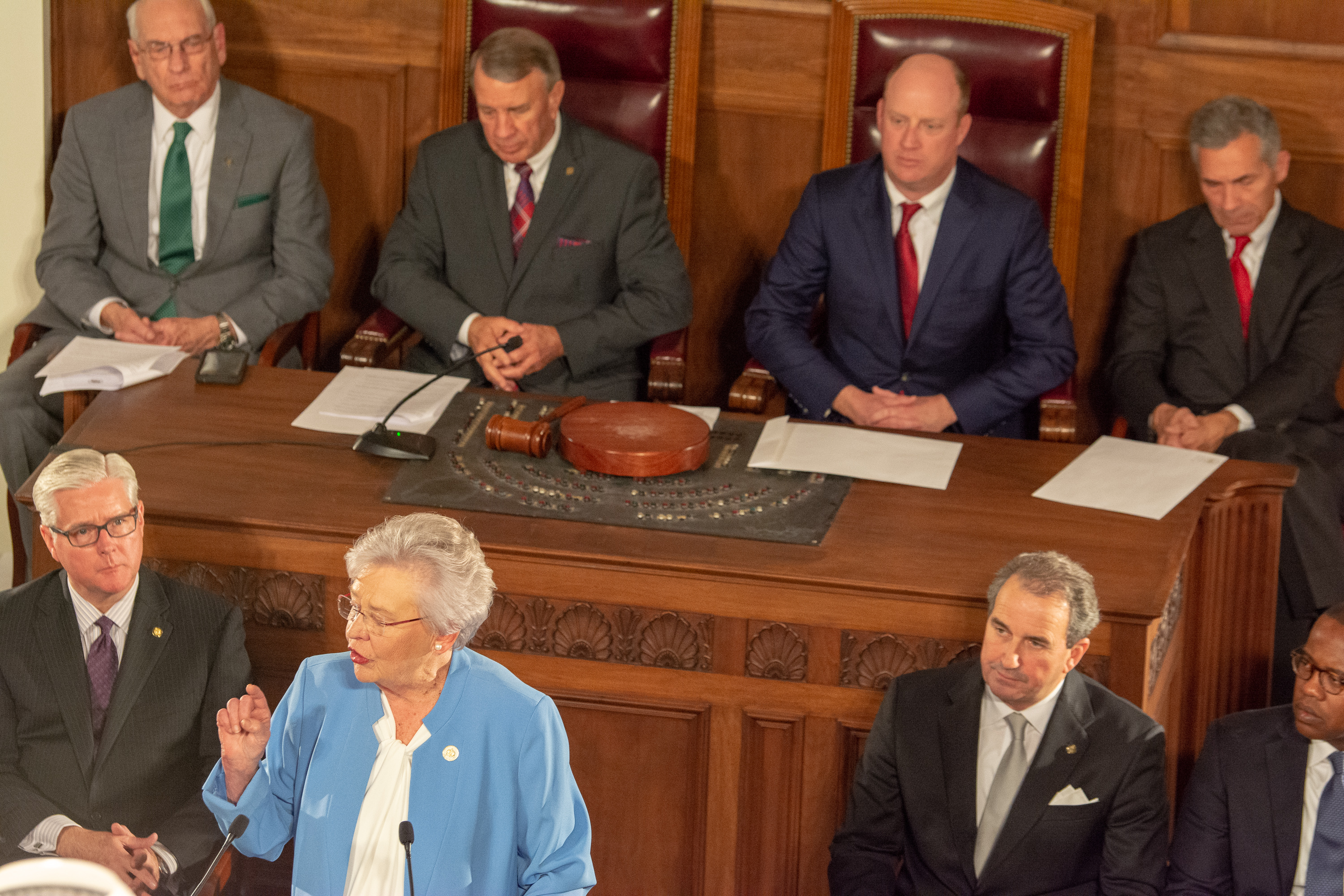 Gov. Kay Ivey, on Thursday in a letter and message to the Alabama Senate, proposed an Executive Amendment to SB161, the FY 2020 General Fund supplemental appropriations bill that addresses the federal CARES Act funds.

Speaker Mac McCutcheon and Budget Chair Steve Clouse are working with the governor to move the process forward.

APR asked Ivey’s office for comment on the fluid situation.

Ivey’s communications director, Leah Garner, replied saying, “On Tuesday, Speaker McCutcheon and Chairman Clouse approached the governor with a plan to move forward,” said Garner. “They specifically asked that she not veto SB161 and, instead, offer an Executive Amendment.”

The supplemental appropriations bill directly affects the spending of the U.S. government’s Phase 3 aid package, known as the CARES Act.

The funds are to provide relief for states and individual local governments to combat the crisis caused by the COVID-19 pandemic. After specific allocation, the state still has approximately $1.9 billion on hand that must be spent by Dec. 31, 2020.

In the proposed amendment, Ivey lays out a plan for how to spend the nearly $2 billion in federal funds. In her plan, Ivey would use most of the money directly for supporting the health care of Alabamians and funding the state agencies directly responding to the crisis, and the rest for infrastructure needed to support remote work and remote learning.

According to those with knowledge of the discussions, members of the House began contacting Ivey’s office over the last week to find a suitable plan to address the upheaval caused by the supplemental appropriations bill.

On Tuesday, House leadership offered a way forward to the governor on how best to direct spending of the approximate $1.8 billion in federal relief money supplied to the state by the CARES Act.

However, some in the State Senate have remained stubbornly resistant according to those close to the situation, and the Senate will have the first pass and much of the leverage going into the debate Monday over the appropriations supplement.

“A few members of the Senate leadership reached out to our staff, but they did not approach her with a plan — had they done so, she would have gladly worked with them,” Garner said.

After negotiations between the executive and legislative branches broke down a few weeks ago, certain Senate members have been in open revolt against the governor, who remains widely popular according to approval polls.

Some senators blame Ivey for releasing the contents of a so-called “wish list” that enumerated items the Senate wanted to be paid for under the CARES Act, which also included $200 million for a new State House.

Senate President Pro Tem Del Marsh led the failed negotiations on the legislative side and refused Ivey’s offer of a six-person committee comprised of the two minority leaders and the four budget chairmen to decide how they would spend the money.

Marsh favored a plan that would give him substantial control over the CARES funds.

Senators who spoke on conditions of anonymity for fear of reprisal said Marsh became obsessed with “punishing” Ivey because he was personally offended that she had exposed the “wish list.”

For now, it seems that Ivey has reached a deal with the Alabama House but has not secured the same from the Senate. Because the supplemental bill originated in the Senate, the upper chamber will have the first pass at deciding whether to accept or reject the governor’s proposed executive amendment.

The House will have far less leverage.