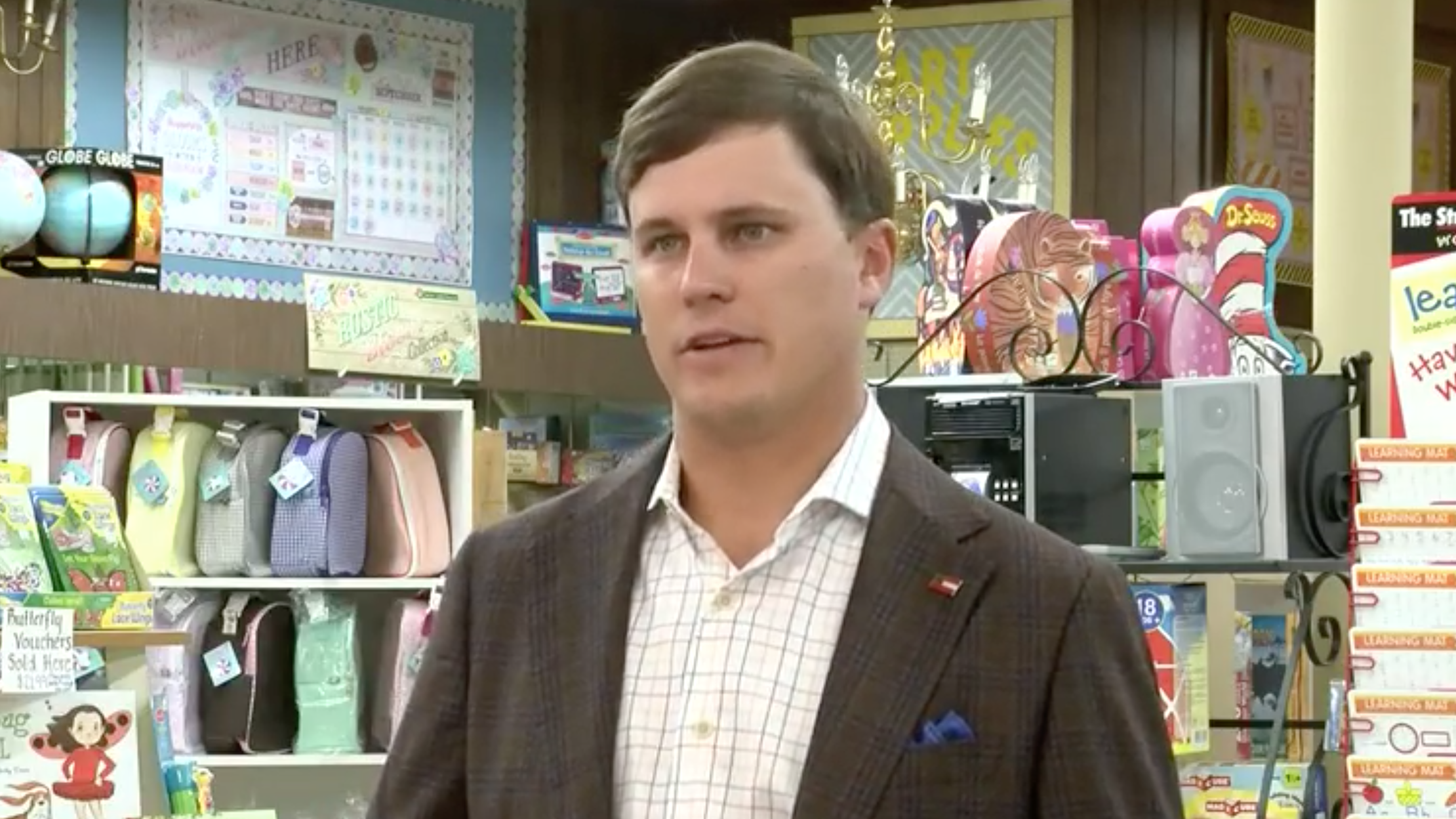 An arrest warrant has been issued for Alabama State Rep. Will Dismukes, R-Prattville, for felony theft from a business where he worked, Montgomery County District Attorney Daryl Bailey said Thursday.

Dismukes is charged with first-degree theft of property in connection with a theft that occurred at his place of employment between the years 2016 to 2018, Bailey said during a press conference.

Bailey said the charge is a Class B felony and levied when a person steals in excess of $2,500 and that “I will tell you that the alleged amount is a lot more than that.”

“The warrant has just been signed, his attorney has been notified and we are giving him until late this afternoon to turn himself in,” Bailey said.

Bailey said the employer contacted the district attorney’s office with a complaint about the theft on May 20, and after reviewing bank records and interviewing witnesses, the decision was made to charge Dismukes with the theft.

WSFA reported Thursday that the theft occurred at Dismukes’ former employer, Weiss Commercial Flooring Inc. in East Montgomery. Bailey did not provide any more specifics on the charge but said the employer signed the arrest warrant after countless hours of investigation on the part of the DA’s office.

While the charge stems from a complaint filed months ago, Dismukes been in the headlines recently and faced a torrent of calls for his resignation in recent weeks after posting to Facebook an image of himself attending a birthday celebration for the first grand wizard of the Ku Klux Klan, Nathan Bedford Forrest.

The event was hosted by an individual with close ties to the League of the South, a hate group, according to the Southern Poverty Law Center.

In response, Dismukes stepped down from his post as a pastor at an Autauga County Baptist church but defiantly refused to step down from the Legislature.

If convicted of the felony, Dismukes would be immediately removed from his seat in the Alabama House, to which he was elected in 2018.

In June, the Alabama Democratic Party called for his resignation over previous social media posts glorifying the Confederacy.