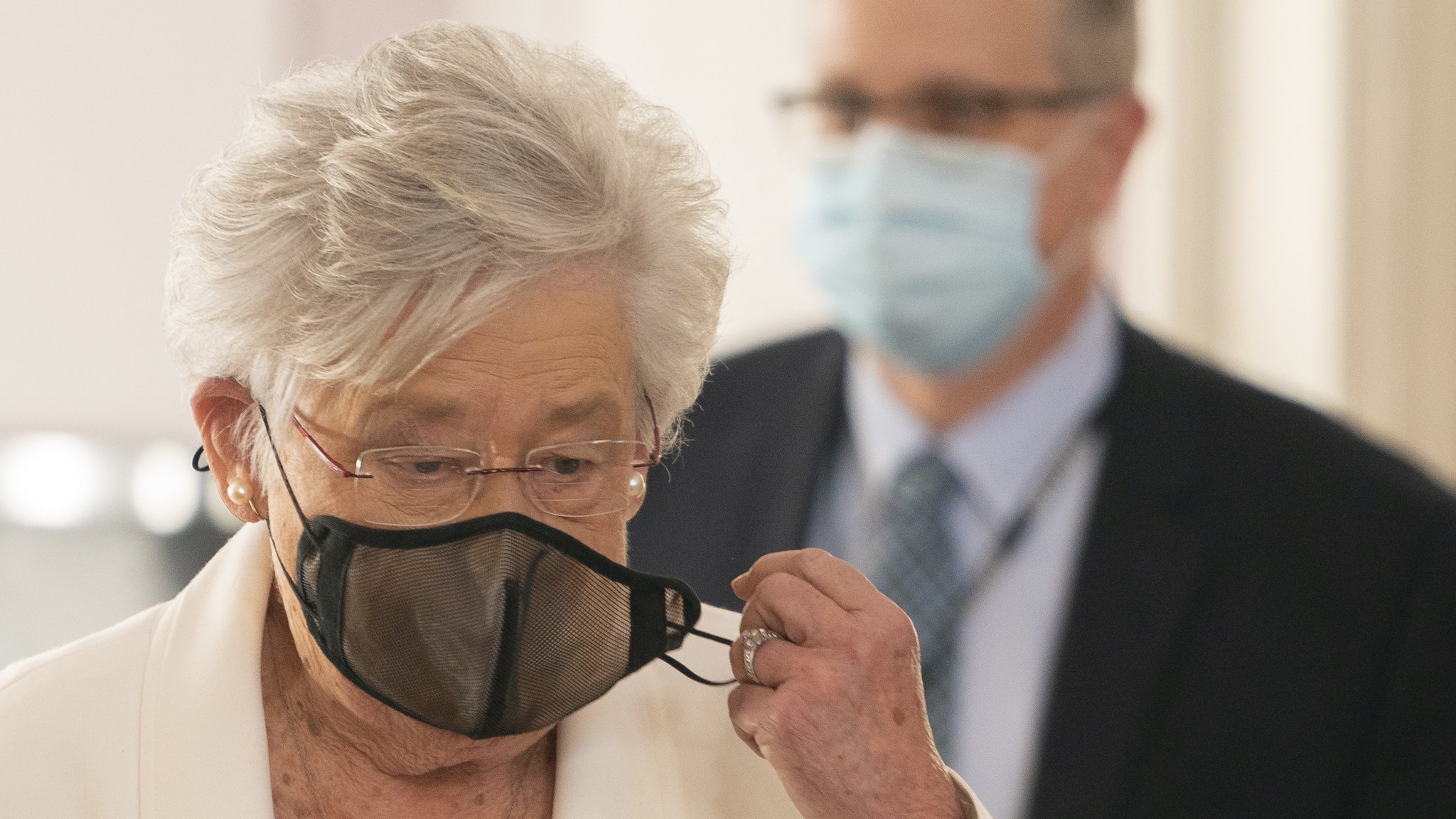 Alabama Governor Kay Ivey on Thursday extended her statewide mask mandate until April 9, when she said she’d allow the mask order to expire, but she relaxed some other measures meant to protect the public and workers from COVID-19, citing drops in new cases and hospitalizations statewide.

“Even with this positive news, however, Dr. Harris and I are both convinced that we need to get past Easter, and hopefully allow more Alabamians to get that first shot before we take a step some other states have taken to remove the mask order altogether and lift other restrictions,” Ivey said. “Folks, we’re not there yet, but goodness knows we’re getting closer.”

Ivey said she’ll allow the mask mandate to expire April 9, and from that point forward it will be a matter of “personal responsibility.” Ivey said she’ll continue to wear a mask even after her order expires.

“There’s no question that wearing a mask has been one of our greatest tools and combating the spread of the virus. That along with practicing good hygiene and social distancing has helped us keep more people from getting sick, or worse, dying,” Ivey said.

Ivey’s amended “safer-at-home” order removes the bar and restaurant seating limit of eight at tables. It also allows senior centers to conduct outdoor programs once again, with guidelines for doing so to be written by the Department of Senior Services.

Ivey’s new order will also raise the number of maximum allowable caregivers or visitors in hospitals and nursing homes from one to two, “subject to reasonable restrictions imposed because of the local COVID-19 situation and other factors.” All other restrictions in Ivey’s previous “safer-at-home” order remain in place. 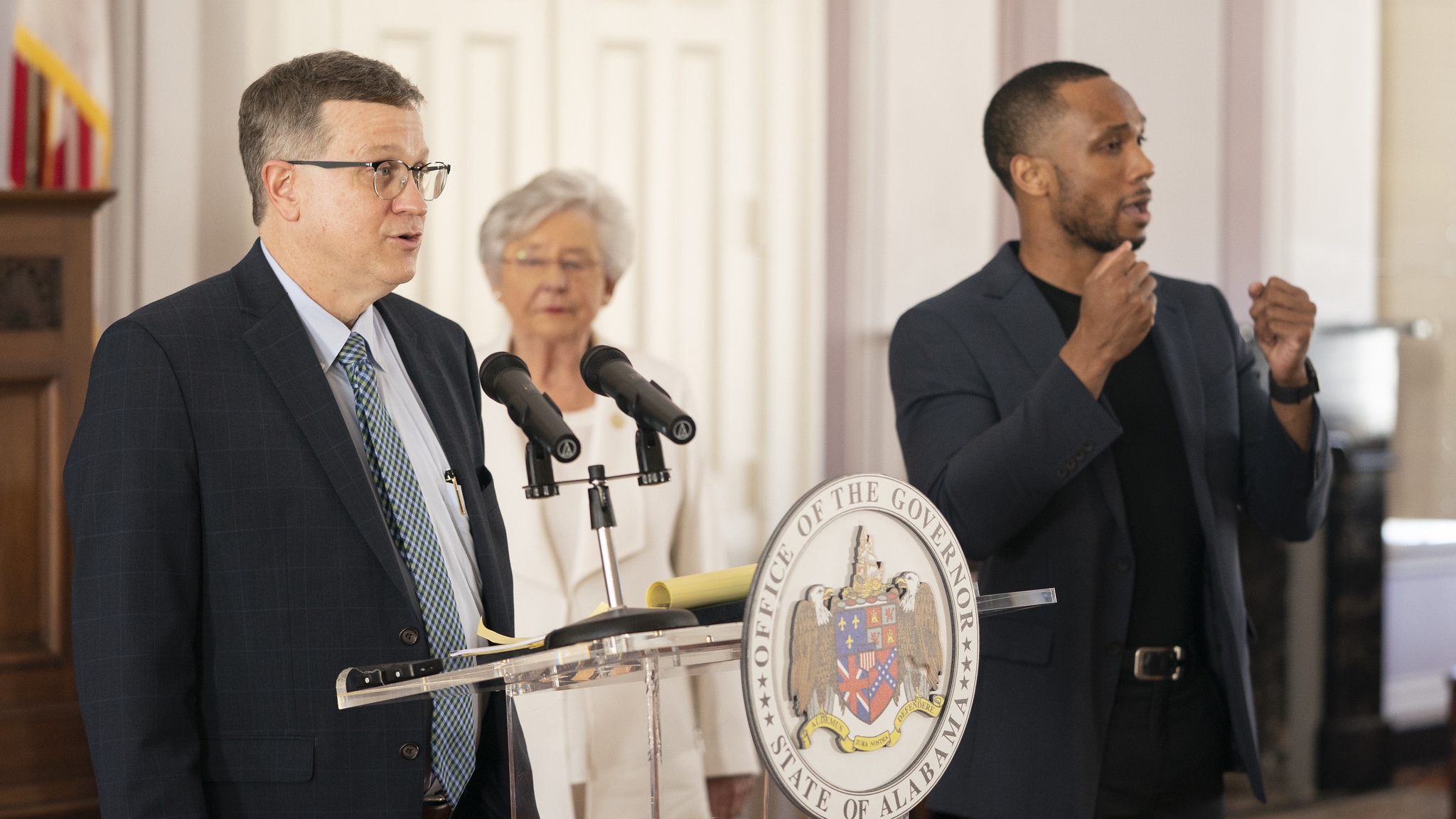 Ivey’s decision comes after governors in Texas and Mississippi lifted mask mandates against the recommendation of public health officials in those states and the federal government.

State Health Officer Dr. Scott Harris said during the briefing that there is reason for some optimism, but stressed the impact COVID-19 has had on lives. Alabama’s death toll from COVID-19 crossed 10,000 on Wednesday.

“It really has been a difficult year, I know for everyone,” Harris said.

Ivey and Harris noted that Alabama has administered more than 1 million doses of COVID-19 vaccines as of Wednesday.

“This coming week we will actually have more than 100,000 doses for the first time. That’s Moderna and Pfizer, That’ll be a new high for us coming into the state,” Harris said, adding that another 40,000 doses of the Johnson & Johnson one-shot vaccine are to ship this week, and be sent to providers within the next couple of days.

Alabama Lt. Gov. Will Ainsworth on Wednesday called for Gov. Kay Ivey to rescind her statewide mask order, citing drops in cases in Alabama and nationwide, adding that rescinding the mask order and lifting capacity restrictions and other limitations “will also send the loud, clear, and unmistakable message that Alabama is once again fully open for business.”

UAB’s Dr. Sarah Nafziger on Wednesday told reporters Ivey should extend the mask mandate, and warned of the circulating COVID-19 variants and the state’s still-vulnerable populations.

“We are not out of the woods yet. We’re not there yet,” Nafziger said.

Harris said thus far, only the U.K. variant has been found in Alabama, and that the vaccines are effective for that variant, but that he’s certain there are many cases of variants that the state  isn’t detecting.

“Because we do testing for it, but we don’t do widespread, large-scale testing at this point,” Harris said.