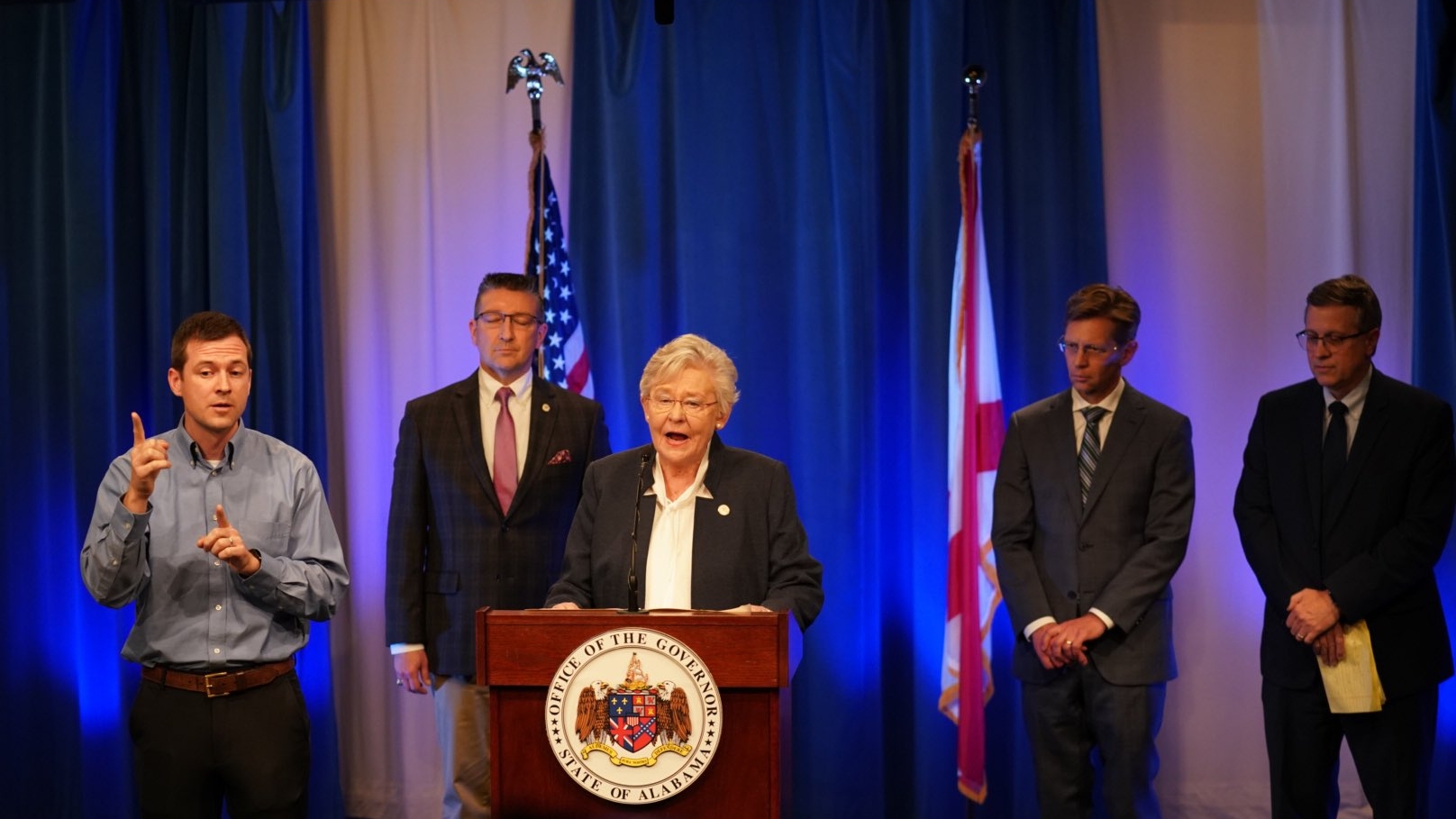 Alabama Governor Kay Ivey announced Alabama’s first reported case of COVID-19 on March 13, 2020. Over 10,000 people have perished inside the state’s borders due to the virus in the intervening months. Nationally, over 500,000 have succumbed to this deadly disease.

At the moment, we see rays of hope that the end of the pandemic is near.

In an April 2020 column, I asked what our state and nation would look like once the pandemic subsided.

“Will we be better, stronger, and more humane, or will we further cocoon into tribes who are weaker, disparate, and frightened?”

That question remains unanswered, but like the pandemic here, too, there are glimmers of hope.

Over the last 12 months, we have witnessed extraordinary perseverance within the medical community to save and protect the state’s citizens. Grocery workers, delivery drivers and a host of other service providers have shown themselves exemplar soldiers who have borne the burden of maintaining society’s most basic needs.

Ivey has been a steady hand guiding the state’s tiller over the rough terrain of partisan politics. In a lesser hand, there would have been more deaths and greater suffering.

In her official remarks concerning the first reported case of COVID-19 in the state, Ivey said, “We need to remember that calm and steady wins the race. Alabamians should not be fearful, but instead, use commonsense to watch out for themselves and others.”

Ivey remains, even now, calm and steady, but other elected officials have proven themselves more politicians than leaders, calling basic protections from the deadly pathogen tyranny and an assault on liberty.

How much better would our state be if those who called for liberty actually understood its meaning?

Liberty is not a license to do as you please without regard for others. Our society is held together by a social contract where every citizen is free to act as they choose within agreed-upon boundaries. Our state government frequently limits individual choices in all areas of life. From bedrooms to boardrooms, lawmakers are continually imposing their will on others.

Even now, state legislators are deciding how insurers can acquire prescription drugs, where an individual can get a haircut or their nails clipped. They are also weighing punishing political speech the state Legislature doesn’t like. In both trivial and essential matters, the state has its say, like it or not. But to cry tyranny over wearing a mask ignores the many real threats to freedom present every time state lawmakers assemble.

Imagine for a moment 10,000 graves with hundreds of thousands of mourners gathered around. Further, envision each name of the dead being read one by one. Does the magnitude of our state’s loss haunt you? It should.

In a state that is decidedly pro-life, is not every soul worth remembering? Where have those who have died from COVID-19 gone in our imagination?

On Memorial Day, in cities and counties across Alabama, citizens gather to remember those who gave their lives in sacrifice to our country. In World War II, 5,114 lost their lives, in Korea 589 and Vietnam 741, and more in war actions over the last 40 years. When a community in our state is devastated by a tornado, the governor and other dignitaries visit those areas and offer comfort and support for the storm victims. Groups and individuals around the state hold vigils, gather food, clothing and funds to support those who are suffering. But with COVID-19, some of our citizens’ reactions have been very different from the caring and sorrow we usually witness.

In extraordinary times, an individual’s character, and that of a state or nation, is revealed, and its essential nature is laid bare.

In the summer of 2020, former President George W. Bush released a video in which he called on all citizens to share purpose and responsibility.

“Let us remember how small our differences are in the face of this shared threat,” Bush said. “In the final analysis, we are not partisan combatants. We are human beings, equally vulnerable and equally wonderful in the sight of God. We rise or fall together.”

I don’t know if we will turn to what President Abraham Lincoln called “our better angels,” but we can if we will. And then we can be better, stronger, and more humane together.