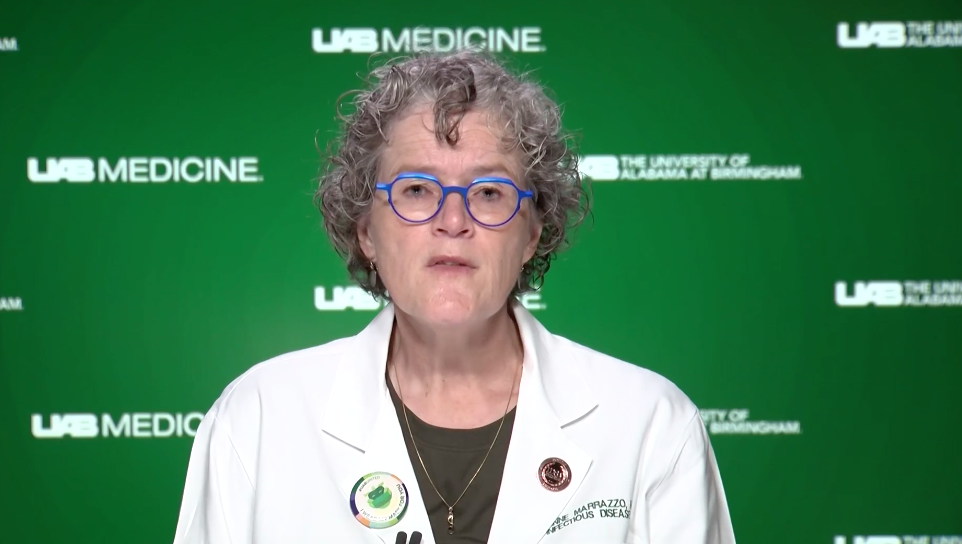 With the more contagious delta variant of COVID-19 circulating, and vaccinations far too low to provide community protection, an Alabama infectious disease expert warns the public not to take chances over the upcoming Fourth of July weekend.

Dr. Jeanne Marrazzo, director of infectious diseases at UAB, noted recently that after Memorial Day and the Fourth of July weekend in 2020 Alabama saw spikes in new cases and hospitalizations.

A community with a vaccination rate of between 70 percent and 80 percent can feel relatively safe that an outbreak won’t occur after a gathering, but that’s not the current situation in Alabama and many other states, Marrazzo explained.

“Particularly our Southern states, where we are now at about 40 percent vaccinated,” Marrazzo said. “Forty percent is not enough to guarantee that you won’t be exposed to COVID If you go out, whether you’re vaccinated or not.”

In Alabama, just 32 percent of the population is fully vaccinated against COVID-19, making it the second to worst percentage in the nation, according to The New York Times vaccination tracking project.

In 36 of Alabama’s 67 counties, the average number of new cases this week increased from the previous week, while in 53 counties less than 30 percent of the population is fully vaccinated, according to APR’s vaccine tracking, which uses Alabama Department of Public Health data.

The seven-day average number of vaccine doses administered statewide during the week of June 29th fell to 4,563. That’s a 51 percent drop from two weeks prior and 50 percent reduction from a month before.

Health experts are especially concerned about the delta variant, which originated in India and resulted in massive outbreaks that killed more than 395,000 there.

“Which may be so much more infectious that you can get it after being in contact with somebody for just five to 10 seconds,” Marrazzo said of the delta variant. Health officials believe it takes as many as 15 minutes of exposure to catch the original COVID-19 strain.

Marrazzo said the delta variant is thought to be between 50 and 90 percent more contagious than the original strain, and it causes more serious illness that sends people to the hospital more often.

Vaccines still seem to work against the delta variant, although not as well as they do against the first strain, Marrazzo said.

“We’re in an arms race against these evolving variants,” Marrazzo said.

“So it’s clearly escalating in the United States. It’s going to probably become the dominant strain in the next couple of weeks,” Marrazzo said.

“The safest thing you can do is to be vaccinated, even if you can get vaccinated tomorrow, it’s better than nothing,” Marrazzo said. “I’d rather you were fully vaccinated, but getting a single shot as soon as possible and then your follow up shot is absolutely the thing to do.”