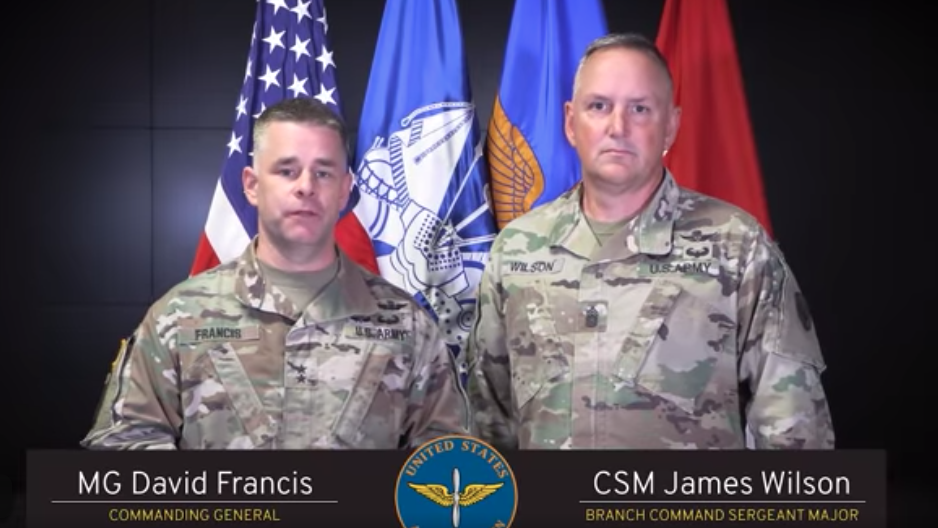 Unmasked service members at the U.S. Army post at Fort Rucker can now be asked to show proof of vaccinations, Maj. Gen. David Francis announced in a video Monday.

Maj. Gen. David Francis said he was issuing new orders meant to curb the spread of COVID-19, which in Alabama and many other states is on the rise, with new cases and hospitalizations increasing largely due to low vaccination rates and the more contagious delta variant.

Francis said the new order, first reported by CNN, is needed “due to the rising rates in the counties around us, and some on Fort Rucker.”

“This measure is very important so that we can nip this in the bud and continue to protect our mission, protect our people and protect the local communities,” Francis said.

U.S. military service members are not required to take a COVID-19 vaccine, but the U.S. Army earlier this month told commands to preair for mandatory vaccination as early as Sept. 1, according to the Army Times.

“Commanders will continue COVID-19 vaccination operations and prepare for a directive to mandate COVID-19 vaccination for service members [on or around] 01 September 2021, pending full FDA licensure,” the order said, according to the Army Times. “Commands will be prepared to provide a backbrief on servicemember vaccination status and way ahead for completion once the vaccine is mandated.”

Current COVID-19 vaccines are being used in the U.S. under emergency use authorization. If and when the U.S. Food and Drug Administration approves the use of those vaccines, which many public health experts believe could happen in August, Pentagon leadership will consider making vaccinations mandatory, a Pentagon spokesman told Military Times.

Alabama has the lowest percentage of residents vaccinated against COVID-19 in the U.S. at 33.3 percent, and nearly 71 percent of the last 48 COVID-19 samples sequenced at UAB’s lab were found to be the fast-spreading delta variant, UAB announced Tuesday.

Alabama’s seven-day average of new daily cases Sunday was 373, a 174 percent increase from the post-winter surge low of 136, according to the Centers for Disease Control and Prevention.

On Tuesday, there were 321 hospitalized COVID-19 patients across Alabama, which was a 69 percent increase from two weeks before.