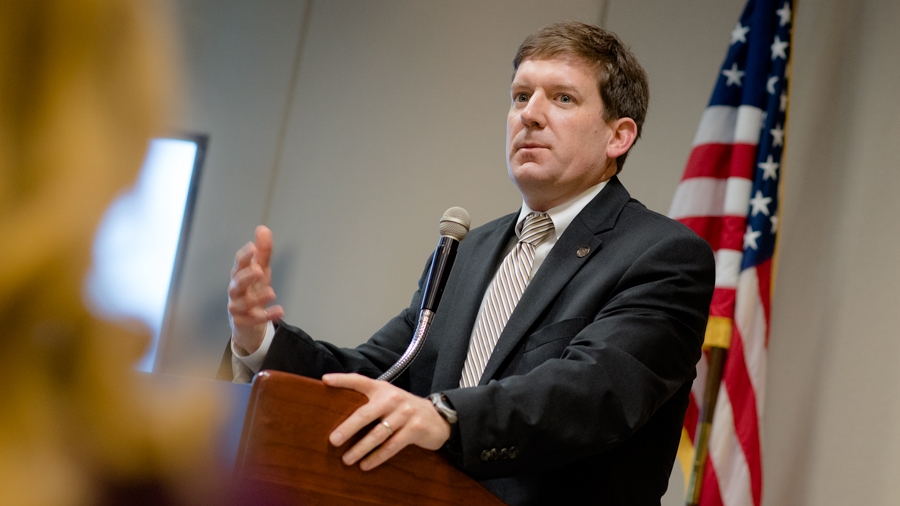 “Bill Poole is one of the most gifted public servants Alabama has seen in many years and his exceptional leadership qualities, and the respect he commands on both sides of the aisle in the Alabama Legislature, makes him uniquely qualified to serve as Alabama’s next finance director,” Ivey said in a statement.

Ivey said Poole’s detailed focus on education funding demonstrates a depth of knowledge of the state’s budget process that few can match.

“And his passion for advancing good public policy gives him an added platform to help me and my administration continue to seek out new solutions to solving many of Alabama’s long-neglected challenges.  I’m more than pleased he agreed, once-again, to serve our state in this new role, and I know he will do a bang-up job,” Ivey said.

Butler announced his retirement last month, saying it was due to complications that may be associated with a possible Lou Gehrig’s Disease diagnosis.

“Serving as Governor Ivey’s Finance Director has been the honor of a lifetime,” Butler said in a statement then. “While this was not the news anyone would hope for, I take comfort in my faith and am grateful for the support I know Beverly, my family and I will receive going forward from so many friends, colleagues, and relatives.”

Poole on June 29 announced that he was running for speaker of the House after Speaker Mac McCutcheon’s announcement that he plans to retire at the end of his term in 2022. Days later, Poole announced he was pulling out of the race, citing the time demands the position would have for his wife and three young children.

Poole, an attorney and native of Marengo County, has served as the House Ways and Means Education Committee chairman for the last eight years, overseeing the state’s Education Trust Fund, which is the larger of Alabama’s two budgets.

“I am deeply thankful to Governor Kay Ivey for offering to me the opportunity to serve as finance director for the state of Alabama,” Poole said in a statement. “My service in the Alabama House of Representatives has been one of the most rewarding experiences of my life. I extend my sincere thanks to the citizens of House District 63 and the entire Tuscaloosa community for electing and trusting me, and I have always worked hard to honor that trust and fulfill my responsibilities at the highest standard.”

“I am excited to accept this new role and embrace this new challenge, and I will continue to do my very best on behalf of the state of Alabama,” Poole said.  “As the governor and others have said, Kelly Butler set a high bar for dedicated service, integrity and transparency during his 30-plus years of public service. “I am grateful to have Kelly’s full support going forward which will help ensure a smooth transition.”

“The Governor has made an excellent choice in selecting my good friend, Bill Poole, to serve our state as Finance Director. I have enjoyed working with Chairman Poole in the legislature as members of the Tuscaloosa delegation, as well as on the Alabama Innovation Commission, in which we serve together as chairmen,” Reed said. “He is a highly-respected member of the House, and as Chairman of the House Education Trust Fund Committee, he passed this year the biggest budget in the history of our state. I have no doubt that his skill and leadership that proved so effective in the House will be a tremendous asset to the state Finance Department and people of Alabama.”

“Universally respected and trusted by his colleagues on both sides of the aisle, Chairman Poole has proven to be a responsible and pragmatic steward of taxpayer dollars,” McCutcheon said. “The same skills and talents that allowed him to enjoy great success as a committee chairman and lawmaker will also serve him well as state finance director. Though the House will miss his leadership, Gov. Ivey was right to recognize that Bill Poole is the right man for the right job at the right time, and Alabama will benefit greatly from his service.”

Poole was first elected to House District 63 in 2010 and had previously worked for the Committee on Ways and Means in the U.S. House of Representatives. Ivey in a press release noted that Poole in 2019 was instrumental in Rebuild Alabama, which has appropriated $295 million to the Alabama Department of Transportation projects.

“In my view, the contractor mandate … is illegal and unconstitutional,” Ivey states in the letter.

Ivey emphasized her record as governor and her mission if re-elected.