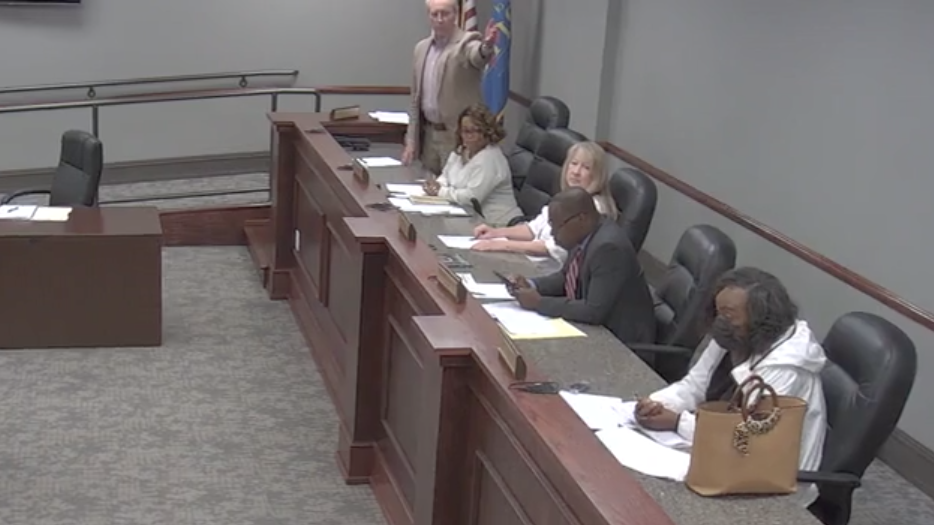 The NAACP Legal Defense and Educational Fund released a statement on Thursday calling on legislative bodies to enact code-of-conduct policies that hold public officials accountable if they make personal attacks against fellow officials that rise to the level of harassment.

The statement was in response to Tarrant City Councilman John “Tommy” Bryant, who is white, yelling, “Do we have a house n—-r in here?” at a public meeting on Monday. His comment was directed at fellow council member Veronica Freeman, who is Black.

“Alarmingly, racially-tinged harassment constitutes an ongoing and rampant issue at the federal, state, and local levels,” she said.

She cited death threats and other forms of harassment that have targeted Congresswomen Rashida Tlaib, Alexandria Ocasio-Cortez, Ilhan Omar and Ayanna Pressley, as well as racist death threats sent to Michigan state representative Cynthia Johnson after a hearing related to the 2020 election. Two Black women in Vermont — a state lawmaker and a town board member — resigned due to harassment and threats. In 2018, Kiah Morris, the state’s only Black state legislator, resigned in part because of persistent harassment by a white supremacist.

“These are just a fraction of the many dangerous personal attacks directed at public officials on a regular basis,” Nelson said. “At times, as with Bryant, the harassment comes from fellow public officials, an especially reprehensible act and a grave threat to our democracy. Legislative bodies must step up and address this issue directly through the establishment of no-tolerance code of conduct policies that are strictly enforced to hold public officials accountable for their actions, including the use of racial slurs and hate speech. We also call on the Tarrant City Council to take immediate action to fully investigate Bryant’s misconduct, impose any and all discipline including removal from office, and protect council members from ongoing harassment.”

Bryant used the slur in reference to a comment he said was made by Tarrant’s mayor, Wayman Newton, during an executive session. The incident made national headlines and came after several others.

There has been turmoil in Tarrant City Hall since Newton was elected its first Black mayor in August, Newton told The Daily Beast, which reported on conflicts between the mayor, the former police chief, some white residents and council members who Newton said opposed his needed changes.

“The n-word. Let’s get to the n-word. Do we have a house n—-r in here? Do we? Do we? Would she please stand up?” Bryant says, pointing to Freeman, seen at around the one-hour-and-41-minute mark in a video of the meeting posted by the city.

In an interview with NBC News, Bryant was asked if he is a racist.

Secretary of state: Court precedent should be followed for absentee votes

If the ruling tossing out the witness requirement is later overturned by a higher court after they already sent in their ballot, the reader...