Alabama hospitals caring for 37 children with COVID, some in ICUs
Advertisement 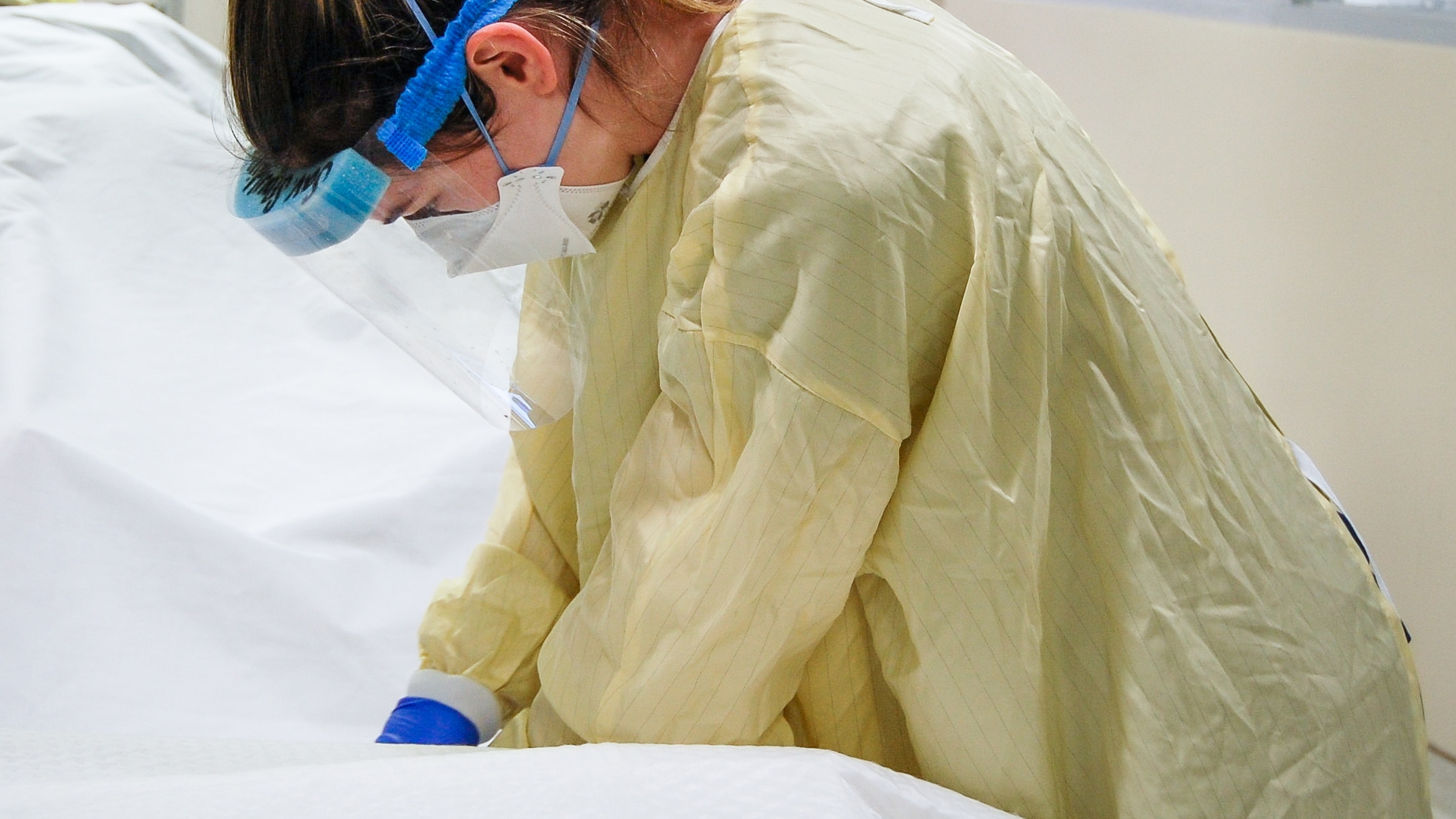 A COVID-19 unit nurse at UAB Hospital. (VIA UAB)

There were 37 children hospitalized with COVID-19 in Alabama on Thursday, according to the Alabama Hospital Association. Three weeks ago there were nine.

Of those hospitalized children, 10 were at Children’s of Alabama in Birmingham, hospital spokeswoman Katie Garfinkle confirmed to APR on Thursday. Fewer than five of them were in the hospital’s ICU, she said.

“When fewer than five, we don’t disclose the number due to federal privacy laws,” Garfinkle said.

The hospital also wouldn’t say whether any of those children were on ventilators, citing those federal laws.

“We are seeing much younger people in the hospital. Much younger people without so many comorbidities,” said Dr. Elezabeth Ennis,  Brookwood Baptist Health’s chief medical officer, speaking to reporters Wednesday, along with leaders from seven other Birmingham area hospitals.

“It’s tragic for nursing to care for individuals their age and the age of their children, who are unfortunately critically ill and dying this time around,” Ennis said.

Asked about what is different in this surge as compared to Alabama’s deadly winter surge, Ennis said the upward slope of infections this time “has just been incredible” and those younger patients just weren’t as common before.

“We’re having tragic losses in the younger age groups that we just didn’t see before,” Ennis said.

In addition to the growing number of children being admitted due to COVID-19, the average age of COVID-19 patients in Alabama has been trending down. That’s due in part to the larger percentage of older Alabamians who are vaccinated, compared to the less-vaccinated younger residents.

Over the past couple of months Grandview Medical Center has seen younger and younger patients admitted with COVID-19, said Dr. Jeremy Rogers, an emergency room doctor and director of clinical services there. As much as 66 percent of the hospital’s patients in recent months were younger than 60, he said.

“We even had a 19-year-old admitted to the hospital yesterday with COVID-19, so this is absolutely heartbreaking,” Rogers said. “What we’re seeing is tragic, and unfortunately, it’s largely preventable.”

Rogers, Ennis and the other Birmingham hospital leaders urged parents to get vaccinated, and get their children 12 and older vaccinated as well.

“Please get vaccinated. Get your children that are eligible for vaccine vaccinated. It is more important than ever now,” said Tom Shufflebarger, Children’s of Alabama’s CEO.

There were 1,848 Alabamians hospitalized with COVID-19 on Thursday, a level not seen since Feb. 2 and a 185 percent increase from two weeks ago.

The state added 3,718 new confirmed cases on Thursday, bringing the seven-day average of new daily cases to 2,777. That’s the highest average since Jan. 29.