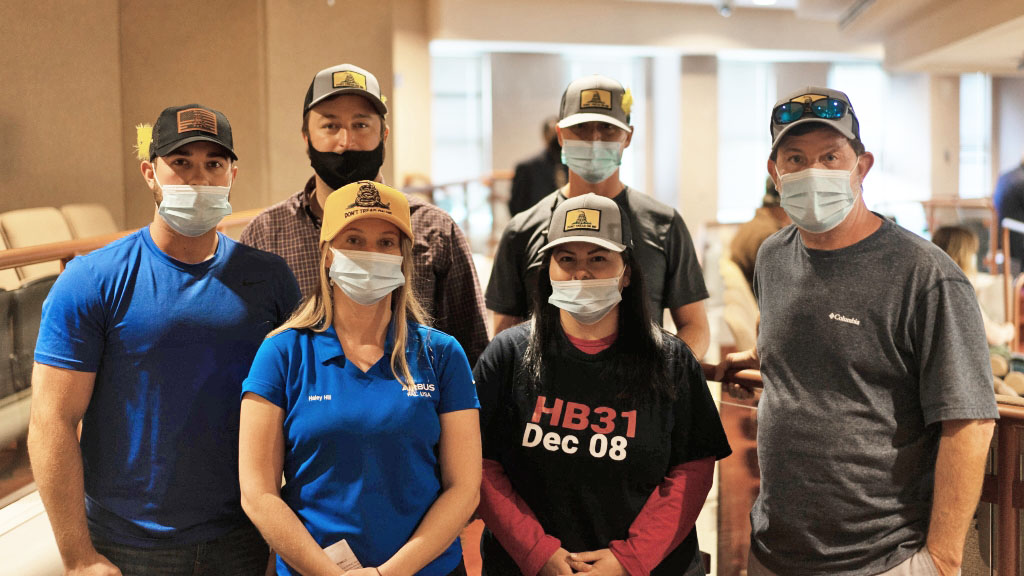 When Alabama’s second special session of 2021 opened Thursday, most eyes were on the Legislature’s plans for redrawing district lines.

But that’s not what the majority of attendees in the gallery were interested in.

More than 50 protestors packed the House gallery to call for the introduction of bills barring employers from mandating COVID-19 vaccinations for employees.

The Health Freedom Alabama Act, brought forward by Rep. Ritchie Whorton, R-Scottsboro, would “prohibit an employer, a place of public accommodation, and an occupational licensing board from discriminating based on immunization status.” It was originally filed by Whorton for introduction in the 2022 regular session.

The protestors got their wish Friday when Whorton officially introduced the bill as HB9, which was referred to the House Committee on State Government.

“I believe strongly in the ability of my constituents and the people of Alabama to make the most informed, educated decision about whether to vaccinate or not,” Whorton said in a statement. “I believe that this choice is extremely personal and each individual should have the ability to do what she or he believes is best for their health. This is not something that should be mandated by the government and should certainly not dictate whether a person can remain employed by their current workplace. Vaccination status does not determine whether someone is qualified to do their job.”

An identical bill is also being brought forward in the Senate.

The protestors at Thursday’s special session were primarily Airbus, Ingalls and Austal employees from Mobile.

Many of the protestors wore yellow feathers pinned to their hats or shirts, which they said is an allusion to the canaries sent into coal mines to determine if it was safe.

“Our organization uses the canary as a symbol to remind us that we are called to be the first line of defense to protect our health freedom in Alabama,” the Health Freedom Alabama website reads.

Members pointed to Haley Hill, an Airbus employee, as the spokesperson for the group.

“A lot of companies have terminated employees who did not choose to get vaccinated,” Hill said. “This is threatening people’s livelihoods. … This is the most pressing issue right now in the state.”

Hill said she got involved in the movement two weeks prior when Airbus announced that employees would be required to get vaccinated against COVID-19.

Hill accused Airbus of picking and choosing which employees got religious exemptions.

“Some have been approved and some have been denied,” Hill said. “They have not been forthcoming on the criteria to review these to approve or deny, so it seems like favoritism.”

While Hill was being interviewed, security reminded one of the protestors that masks were required to be up while in the gallery.

“What I’m trying to figure out though is why we have to wear them up here and they don’t,” the protestor said, pointing out members of the House who had either no masks or had their masks down around their necks.

“Because it’s all a bunch of hogwash not based on science,” Hill yelled out, briefly lowering her mask to project her voice.

Although most of the protestors are employees who are fighting to remain unvaccinated without losing their jobs, Hill said it is not an anti-vax movement.

“We have retired Mobile police, retired sheriffs and citizens here as well, and we have a lot of vaccinated people,” Hill said. “This is not a vaccination issue, it’s a civil rights issue and a constitutional rights issue.”

Hill said if you ask the supporters, they are merely fighting for rights they already have, stating the vaccine mandates go against the Civil Rights Act.

Alabama has already joined other states in filing a lawsuit against the federal vaccine mandate and Gov. Kay Ivey issued an executive order last week instructing entities not to comply with the rule.