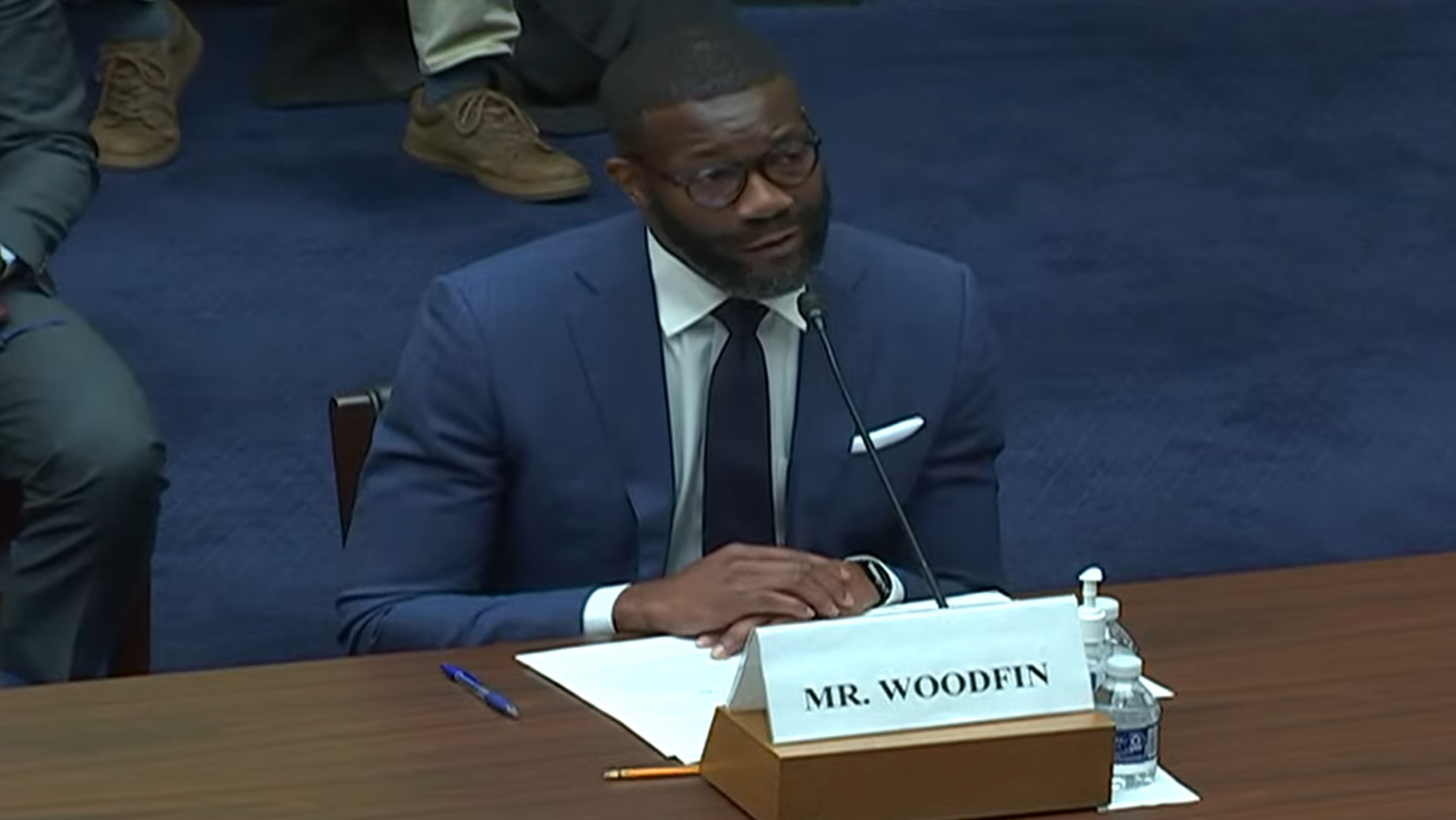 Mayor Randall Woodfin testifies at the U.S. Congress Committee on Oversight and Reform hearing on Nov. 15, 2022.

During a hearing of the U.S. House Oversight Subcommittee on Civil Rights and Civil Liberties, Birmingham Mayor Randall Woodfin spoke on the role of mayors in “ending the prohibition of cannabis” and urged federal lawmakers to use the lame-duck session to approve common sense cannabis reforms in testimony before the bipartisan assembly on Tuesday.

Members of the U.S. House of Representatives heard testimony from seven proponents of cannabis decriminalization and reform, including Woodfin, in the discussion on federal solutions to the current criminal laws related to marijuana.

Decriminalization of marijuana in Alabama has been a key issue for Woodfin, who, over the last two years, has twice issued blanket pardons for those convicted of minor marijuana offenses in the city of Birmingham, vowing to continue until legal reform in regards to cannabis occurs statewide.

In his testimony on Tuesday, Woodfin said that over 23,000 individuals charged with possession of cannabis had been pardoned over the last two years.

This April, the U.S. House passed the Marijuana Opportunity Reinvestment and Expungement Act, colloquially known as the MORE Act, which would remove marijuana from the controlled substances list and allow for the expungement of marijuana-related convictions. The bill’s path to full enactment remains far from clear in the U.S. Senate, with it unlikely to secure the 60 votes necessary to avoid a Republican filibusterer.

On Oct. 6, U.S. President Joe Biden issued “a full, complete, and unconditional pardon” to some individuals federally charged with simple possession of marijuana and acknowledge the policy failure in criminalizing cannabis.

“Ending the prohibition of cannabis has taken far too high of a human toll on black and brown communities,” Woodfin said before the Congressional subcommittee on Tuesday, imploring Congress to move forward on “common sense reforms” to expunge cannabis-related criminal records, normalize banking and financial services for the legal cannabis industry, and the expansion of cannabis research.

Woodfin supported the Alabama state legislature’s decision to legalize medical marijuana but urged the state legislature to “go a step further” in authorizing the recreational use of cannabis.

“Mayors across our country have a meaningful role to play as many of us continue to push for cannabis legalization,” Woodfin said. “Many of us can de-prioritize the enforcement of minor cannabis offenses, use our executive authority for pardons, eliminate from consideration prior cannabis convictions from employment applications for city employment, and embrace cannabis as both the moral imperative and economic development opportunity, that we know it can be.”

In questions posed to Woodfin on Tuesday, U.S. Rep. Alexandria Ocasio-Cortez, D-New York, highlighted that even with pardons, a charge related to marijuana adversely affects an individual’s ability to secure employment, housing, and access to financial aid for education.

“The expungement is extremely important,” Woodfin said in reply to Ocasio-Cortez’s question. “Even if you pardon me, If I apply for a job, for instance, this [charge] could still be on my record, but more importantly, the arrest. The expungement of the judicial process allows a person’s entire record to be concealed.”

Black individuals in the state of Alabama are 4.1 times more likely to be arrested for marijuana and 3.6 more likely to be incarcerated for cannabis-related crimes as compared to white individuals, according to an analysis from the ACLU released last year. The same analysis placed Alabama as the 16th highest in the country in the highest racial disparity for cannabis-related arrests, with U.S. Rep. Rashida Tlaib, D-Michigan, highlighting this when asking Woodfin to speak on whether this disparity affects residents of Birmingham.

“I think that the city of Birmingham has attempted, successfully, to go the opposite direction than our state as it relates to this topic,” Woodfin said, mentioning his past role as assistant city attorney for Birmingham and the blanked pardons for marijuana possession he’s issued since becoming mayor. “We’re now going back to those same people we’ve pardoned to assist in the expungement process because, again, expungement is a process, and most of our citizens don’t understand that. They believe the pardon gives them a free slate, but if they literally go and apply for a job now, that arrest record is still on their record.”

Of the five states that placed legitimization of marijuana in the hands of voters during the 2022 U.S. Elections, only two – Maryland and Missouri –approved legal possession and recreational use of cannabis in their respective states. Nationwide, public opinion continues to trend towards legalization, even as a large percentage of federal policymakers appear staunchly against such proposals.

This fact was illustrated during Tuesday’s hearing in a bizarre fashion when U.S. Rep. Pete Sessions, R-Texas, inexplicably compared the cannabis industry to slavery.

Session’s father, William S. Sessions, was the fourth director of the Federal Bureau of Investigation from 1987 to 1993 and the director responsible for launching the “Winners don’t use drugs” public service announcement carried in arcade games of the era.