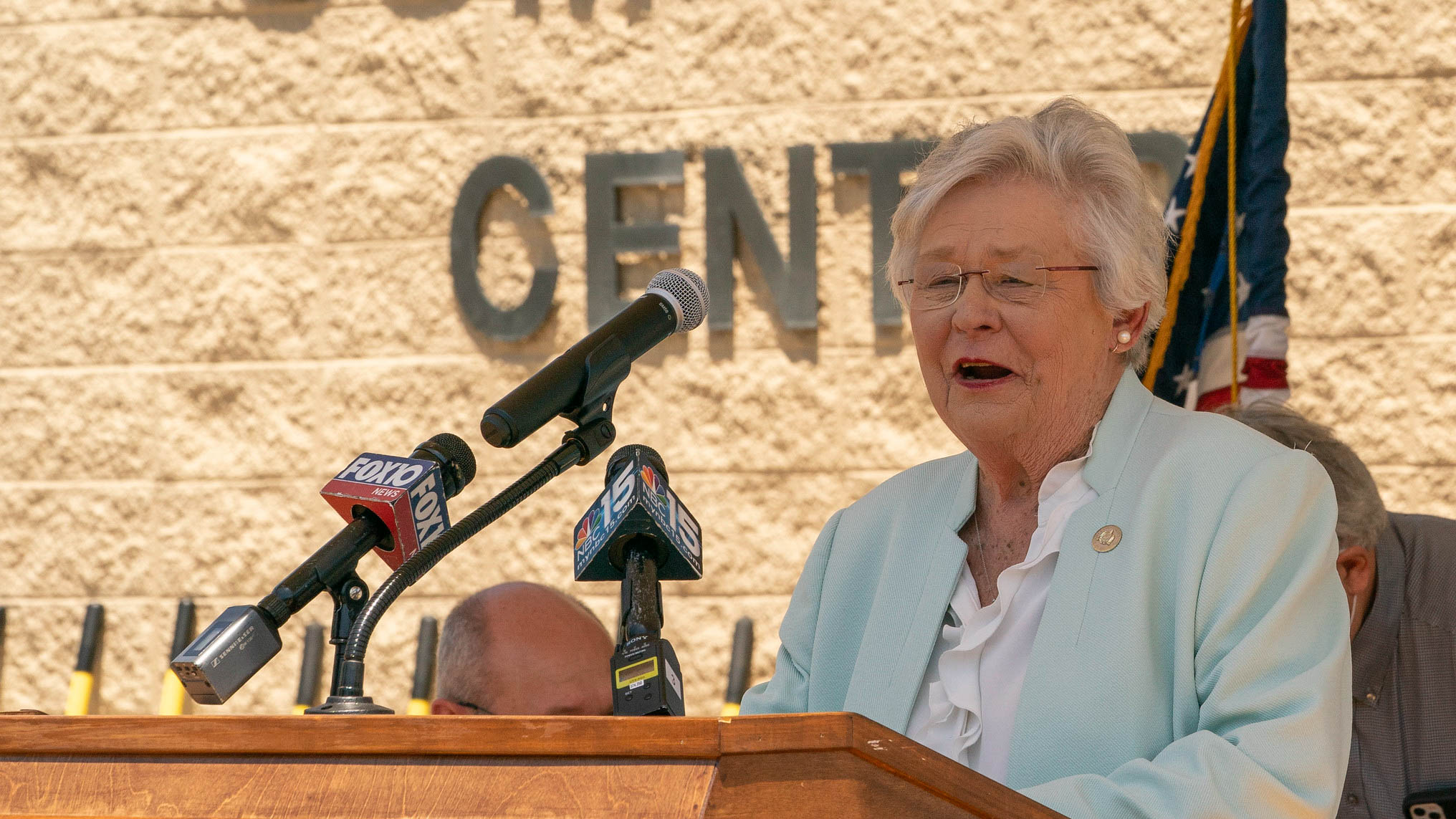 Alabama Governor Kay Ivey ordered Monday strict revisions and uniform standards to the state’s “good time” incentive procedures in a policy change that narrows the window for incarcerated individuals in state custody to be released based on good behavior.

The reforms, arriving as an executive order issued on National Law Enforcement Appreciation Day this Monday, come at a time when state correctional facilities are at their most overcrowded and the number of individuals dying in state custody is at its highest level in nearly two decades.

The new set of uniform standards for the revocation of good time served categorize infractions at four levels: severe, high, medium, and low. The order also specifically addresses procedures related to escaped incarcerated individuals and further specifies the power of the Alabama Department of Corrections in dealing with escapees.

“Our action today, very simply put, keeps violent offenders off the streets, incentivizes inmates who truly want to rehabilitate and better themselves, reinforces the concept that bad choices have consequences and keeps our public safe,” Ivey said in a statement released following the order’s enactment.

In statements released alongside Ivey’s on Monday, ADOC Commissioner John Hamm expressed his commitment to “ensuring public safety and the safety of our law enforcement officers” and said that the executive order improves the department’s ability to improve safety “while ensuring our ability to enforce the law.”

While procedural changes and clarifications were lauded by officials like Ivey and Hamm, organizations and advocates for incarcerated individuals criticized the decision as heavy-handed and lacking a firm understanding of the current crisis present within in the Alabama prison system.

“Gov. Ivey’s executive order will likely disincentivize good behavior by contributing to the overcrowding and hopelessness that’s pervasive in prisons that have disintegrated into violence and chaos four years after being declared unconstitutional by the United States Department of Justice,” said Carla Crowder, Executive Director of Alabama Appleseed Center for Law and Justice, in a statement released on Monday. “The horrific conditions in ADOC make it extremely difficult for incarcerated people to follow rules, because rules themselves only exist in name within most of our prisons. We know from conversations with incarcerated people that some people have nowhere to sleep. Educational and rehabilitative programs are nearly nonexistent and many are run by incarcerated people. Guards allow gangs to run the dorms. All of this is documented by the U.S. Department of Justice and has been going on for years. But instead of holding itself accountable, the State is pouring resources into fighting the DOJ lawsuit and doubling down on punishment, which is what got us here in the first place.”

Crowder noted that under the four levels of infractions detailed by the order, failing to obey a direct order of an ADOC employee is placed as a “high-level” violation punishable by a minimum of three years accrued good time forfeited, which is the same severity in penalties as assault, bribery, drug possession and attempting to escape without force.

“This is a common violation which will now result in three years of lost good time,” Crowder said. “Has anyone done the math on how this will impact prison populations?”

Encouraging or organizing strikes among incarcerated workers, as was done during the previous year, is also placed within the same “high-level” violation bracket while fighting without a weapon, property destruction or theft, and possession or use of gang-related paraphernalia is regulated to “medium-level” violations, according to the order.

Good time incentives is limited to people serving sentences of 15 years or less, according to Crowder, with those eligible for early release under the present incentives being young incarcerated individuals serving time for non-violent drug and property offenses.

“Now they will return having spent more time warehoused without mental health care and drug rehabilitation in the nation’s most violent prisons,” Crowder said. “This is not a recipe for safer communities.”

The state’s laws and procedures as they related to early release came under scrutiny following the shooting death of Bibb County Sheriff Deputy Brad Johnson and the attempted murder of a fellow deputy in June of 2021. Austin Patrick Hall, the capital murder suspect in the case, was allowed early release on good time despite a litany of different infractions he committed while in state custody, including an escape from the Camden Work Release Center in Wilcox County, and an assault on a Calhoun County Sheriff’s Deputy while in the county jail.

Hall’s release was predicated on continual missteps and inaction by state and county officials to enforce the good time procedures in place, but many, including Alabama Attorney General Steve Marshall, directly blamed the state’s “good time” laws instead.

“The Governor is right to be concerned about our state’s ultra-liberal early-release policy,” Marshall said in a statement on Monday following the enactment of Ivey’s executive order. “Soon it will be the Legislature’s turn to take action. I look forward to working with our policymakers to give the people of Alabama what they demand and deserve: honest sentencing.”