Over the past few days, 15 new phone lines have been installed to accommodate his growing legion of volunteers. Traffic on his Web site is quadruple what it was two weeks ago, with most of the clicks coming from Iowa. And while his staff doesn’t talk numbers, they say that Thursday was the biggest fundraising day yet for a presidential campaign that until recently was fueled by little more than one man’s refusal to face reality.

In politics as in life, timing is everything. And if the former senator from Pennsylvania is finally having his moment, it couldn’t have come at a better one.

Why is Santorum suddenly catching on? As any candidate would, he credits his message. He also has benefited from sheer doggedness and the fact that so many of his rivals have stumbled. For many conservative voters looking for an alternative to former Massachusetts governor Mitt Romney, the presumed front-runner, Santorum is who is left.

No one has worked harder at making his case. Santorum has been all but living in his strategist Chuck Laudner’s Ram truck, which they have begun calling the “chuck wagon” because they eat there so much.

One candidate after another has burst into the spotlight this year, only to have it reveal their flaws. Now, as Iowa voters reach the eve of the first presidential contest, they are starting to take a look at a candidate who has been in the background all along. 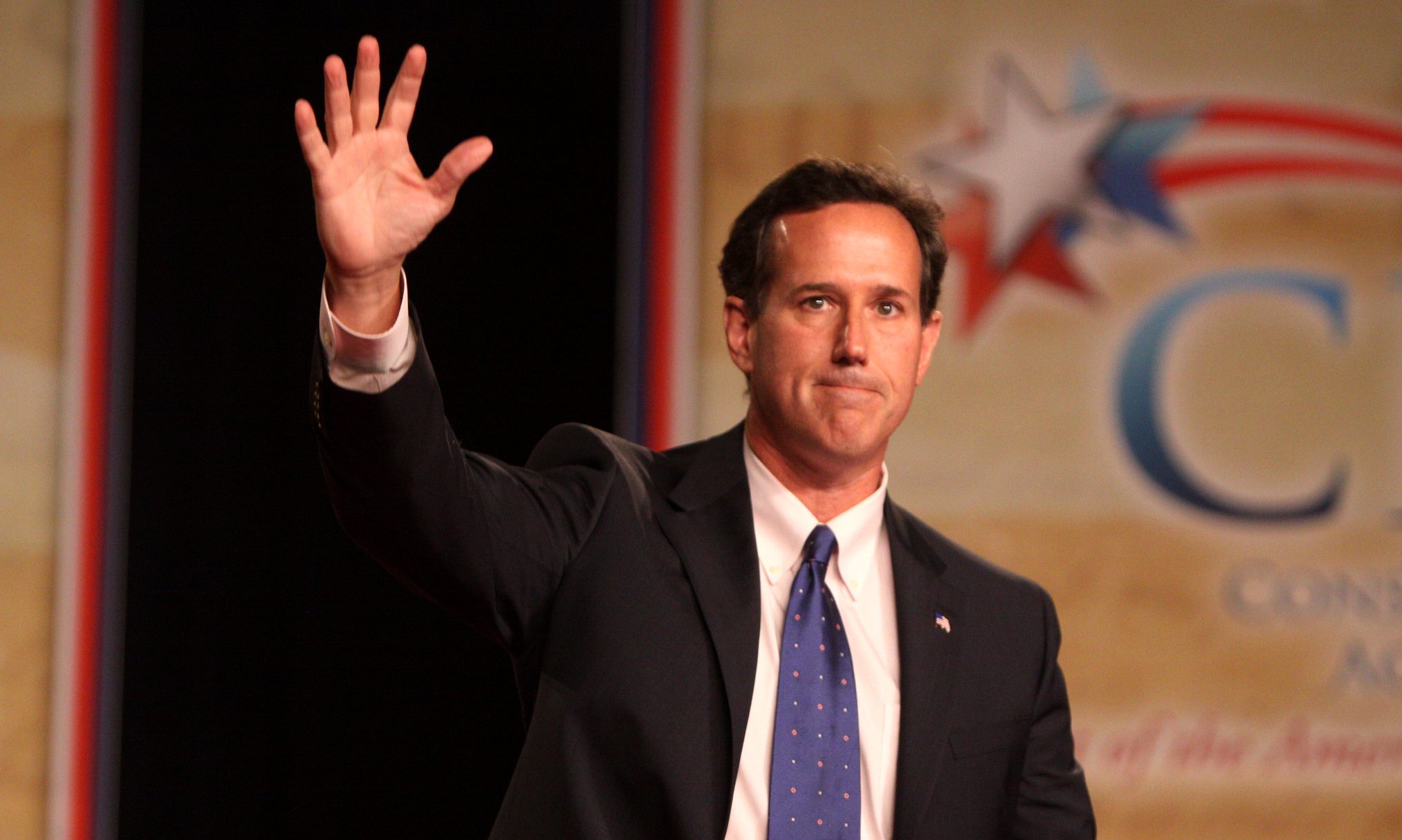 The Conservative Leadership Conference and U.S. Senate forum will be Saturday from noon to 9:00 p.m. at the Marriott Hotel & Conference Center in...