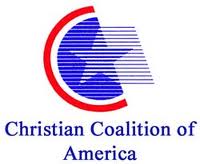 MONTGOMERY— In a stunning rebuke of the members of the Alabama State House, the Christian Coalition of Alabama has given the Alabama Legislature an F+ for the first week of the 2014 Session.

COL James Henderson, Executive Director of the Christian Coalition of Alabama said, “If we were to give a letter grade to our new 2014 Legislative session for their efforts to push pro-family legislation for their first week, virtually all would fail.”

Henderson, who represents this socially conservative group, expressed his disappointment in the legislature saying that they had not offered a bill, “to seriously tackle the moral issues that concern protecting the family.”

This should alarm not only the conservative voters of the State but also those lawmakers who were elected to carry the socially conservative agenda to the State House.

Henderson, points out that the Republican supermajority has offered bills to expand liquor laws, legalize medical marijuana, “and well over 200 other bills that deal with fixing minor tax and regulatory loopholes,” while ignoring Pro-life issues.

This has been a recurring complain by the Christian Right since the Republicans captured the State House in 2010.

“We have a supermajority and we can pass whatever we want.”

The question that is being asked by the State’s social conservatives, is, “Why have you ignored our issues?”

Perhaps the simple answer is…they can.

Mr. Henderson asks, “Where are the legislators who say they represent conservative Christian values?”

He says, “Liberals are not about to sponsor pro-family legislation that goes against abortion, gambling, Common Core or that help home school families or that defend against hiring quotas for politically correct categories.”

Who are these liberals that Henderson, is referring too? Some of the State’s strongest Pro Life legislation was passed by Democrats.

Is it any wonder that social conservatives have been betrayed by the “Pro Business” conservatives?
Henderson said:

“Republicans are going to abandon the core values of their constituents, the following needs to happen:

1. That we give them the benefit of the doubt and politely contact our individual representatives and senators and ask them what pro-family bills they are going to push in this session and seek their commitment to do so. This needs to be done definitely by the end of January.

2. That we assess and rate their performance during this session and decide if they are adequately representing us and that we publicize their records for this session whether positive and negative statewide, with letter grades from A to F.

3. That if neither party is going to represent us that we start a movement before the election to seek our independent candidates who put the families of Alabama ahead of their party leaders and their own self interests.”

Most Christian Conservatives would agree with Henderson, but how are they to trust candidates who promise conservative values while taking their campaign dollars from Big Tobacco, Beer Distributors and Gaming interests?

See Cigarettes Booze and Drugs Fuel Incumbent Campaigns, Storming the Statehouse and the Game of Quid-pro-quo