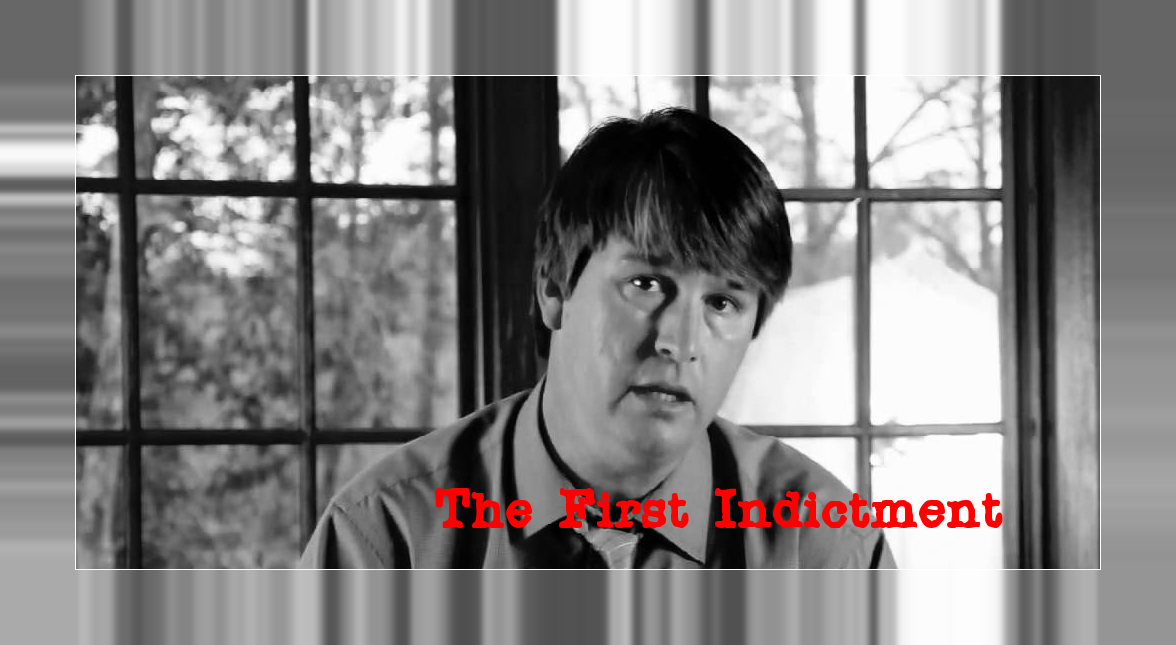 Officials with the Attorney General’s Office have confirmed that Moore was indicted yesterday and surrendered himself to authorities in Lee County today. He has been charges with four felonies: two counts of perjury and two counts of misleading investigators.

Moore was elected in 2010 after Speaker of the House Mike Hubbard courted he and his wife to run for a seat in the legislature during what became branded as the “storming” of the State House.

Indeed, in Hubbard’s book entitled, Storming the State House – the Auburn native writes extensively about his efforts to Moore and his wife, who Hubbard deems a “fireball,” to the tune of over a dozen pages.

Now, four years after that historic undertaking, both men seem to be in hot water.

Moore is now taking the first fall, being the first formal criminal indictment to roll out of the investigation, which Republican Attorney General Luther Strange has handed over to an Acting AG and a special prosecutor.

Former Representative Greg Wren resigned his post and plead guilty to a misdemeanor charge of using is office for personal gain at the beginning of April, so no indictment was necessary in that case.

Taking into consideration the circumstances, it seems Wren’s voluntary fess up may have caused the downfall of the Goat Hill house of cards.

Hubbard, who was directly implicated in Wren’s plea bargain documents, has for years been providing lucrative financial deals to his own business interests with both state and campaign funds.

Moore is also guilty of similar feats, with his business having gained three state contracts within two years of his being elected to the State House in 2010, despite its never having done business with the State of Alabama before. The contracts, one in 2011 and two in 2012, amount to over $60,000 that went from the taxpayer’s pocket to Moore’s.

Alabama Political Reporter coverage of these contracts and their implications can be seen here.

In addition, Moore is on record having threatened over a hundred jobs in his hometown unless his primary opponent, Joshua Pipkin, drop out of the June GOP primary.

APR released the audio tape here, and reported on the fact that Moore purportedly was doing so at the orders of Speaker Hubbard.

Despite the clear, recorded conversation between Pipkin and Moore that was published by APR, Moore denied the story’s legitimacy to the Southeast Sun here.

Ironically, APR later discovered that the jobs that were possibly under fire were ones at Enterprise Electric Corporation, a company – one getting taxpayer money – that had bought Representative Moore’s home in Enterprise in 2012 for $650,000.

All of these stories blew up even further when Moore himself, commenting on an APR story on facebook, elicited an acidic response from his opponent – Joshua Pipkin’s – wife. The post, seen below, details the “threats” allegedly leveled at Pipkin and the House district, and confirmed Pipkin and Moore’s having testified before Lee County’s special grand jury:

“You and Mike Hubbard had been a part of the Lee County grand jury investigation long before Josh decided to run. Your actions were being monitored by the AG’s office. Josh was contacted and informed that threats were going to be made by you and Mike Hubbard. He was advised to allow the attorney general’s office access to these conversations. He has done nothing but cooperate with the attorney general. He would love to comment now but he can’t because of Grand Jury Secrecy Laws. You know every bit of this to be true and hired a defense attorney the second the AG played the conversation for you. I am proud of Josh for having the fortitude to stand up to the corruption in Montgomery. You should be ashamed of yourself…When you went to Montgomery, we believed you would change things, not become a part of the problem. This is exactly why good men don’t get into politics.”

The Attorney General’s Office has not released any information on what Moore perjured himself about, and all information gleaned by the Lee County grand jury is secret, by law.

Don’t forget to sign up for APR’s new email list, so that you can receive the day’s headlines right in your inbox.

Advertisement. Scroll to continue reading.
In this article:Lee Hedgepeth, news, Stealing the Statehouse