This week the Discovery Channel will be hosting its 27th annual Shark Week, which offers coverage of “all things shark-related.” While viewers may learn that there were a total of 53 shark attacks last year in US waters, they won’t hear a word about the most dangerous and destructive species of shark in America today: payday loan sharks.

These sharks have pulled off one heck of a scam on Alabama. With their teeth retracted and their well-oiled media savvy, they have fooled many into believing their lending operations are motivated by void-filling and big-heartedness, not opportunity and profits. Thankfully, the number of Alabamians biting that hook is dropping, fast.

Just like their water-bound counterparts, these modern-day loan sharks tend to target those in our community who are most exposed: low-wage workers, families struggling to pay their bills, people hit with large healthcare costs, and senior citizens living on a fixed income.

According to the Center for Responsible Lending, 76% of all payday loans are taken out within two weeks of a previous payday loan, and the Consumer Financial Protection Bureau (CFPB) found that over 75 percent payday loan fees came from people with more than 10 loans a year.

Further, Pew Charitable Trusts’ research conclusively shows that payday loans are unaffordable for most borrowers. The loans require payments equal to one-third of a typical borrower’s income, far exceeding most customers’ ability to repay and meet other financial obligations without quickly borrowing again. Those that never find that money end up in payday loan purgatory; either paying new fees until the end of time or slipping into the financial inevitability of ruined credit or bankruptcy.

A payday lender won’t tell you that loan flipping is the very principle on which their business model hinges; at least not publically. At a Financial Services Conference in 2007, Dan Feehan, CEO of Cash America said, “the theory in the business is [that] you’ve got to get that customer in, work to turn him into a repetitive customer, long-term customer, because that’s really where the profitability is.”

There is no justification for quick cash that causes immediate problems for the borrower. Payday lenders do not investigate a borrower’s ability to repay the loan under the contract terms and they do not report timely payments to a credit bureau like responsible lenders. In standing by these usurious lending practices, we’re enabling a cycle of indebtedness to benefit a certain segment of lenders, but to the determent of borrowers and the economic viability of our communities.

Last week, Judge Hobbs dismissed the litigation against the State Banking Department, confirming the Department’s regulatory authority to mandate payday lenders record all transactions to a common, single-source database. Finally, the net is starting to close around the payday sharks.

As our coalition to reform Alabama’s lending laws, the Alliance for Responsible Lending in Alabama (ARLA), prepares the 2015 legislative session, the CFPB is writing new rules to govern the consumer lending industry. We need the CFPB to issue effective, strong, and broad rules to stop the sharks lurking in our neighborhoods.

Alabama residents can help make sure that happens in one of two ways. First, if you’re a survivor of a predatory lending attack, tell your (payday or title loan) story to expose loan sharks or to just show your support for strong rules and build the case for broad consumer lending regulations: CFPB (www.consumerfinance.gov) or with the National Peoples Action (www.npa-us.org/pay-day-loans/). And finally, contact me about joining ARLA today. Lend your voice to the campaign to end legal loan sharking in Alabama. 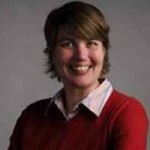