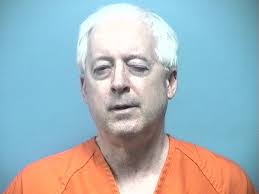 MONTGOMERY—After being arrested, detained, found guilty and hit with massive, punitive damages, Legal Schnauzer Blogger wants his day in court…and yes, he will be there with an attorney.

During all of his legal troubles, Shuler refused legal council, and according to a report in the New York Times,  maintained “self-defeating posturing.”

In an up-coming May hearing, he will be represented by Davy Mack Hay, who said he will seek the justice that Shuler has been denied under the First Amendment.

Hay, who has known Shuler for a number of years, recently filed Motion To Alter, Amend, or Vacate, the recent $3.5 million default judgment received by Garrison, for what her attorney called “cyber-bullying of the worst order.”

Garrison, former Chief Deputy and campaign manager for Strange, was accused by Legal Schnauzer of having an affair with her former boss.

While it appears that Hay will be fighting the default judgment on grounds that his client was not properly informed of the hearing, it is about a much bigger issue, he says.

At issue is “…core constitutional tenets of journalistic protections associated with a ‘free press,’ which allows the unmitigated flow of news and information, void of Orwellian governmental intrusion,” writes Hays, in his motion.

Shuler’s legal woes began after a series of reports, in which he accused Riley of having an affair with then lobbyist, Duke. The tone of Shuler’s reporting was consider by some to be salacious, and the “posted by anonymous comments” on his blog went even further. The same held true with posts about Garrison and Strange.

Hay is counting on a recent ruling by US Court of Civil Appeals opinion in Obsidian v. Cox, in which the court held that, “when dealing with an issue of public interest, bloggers are extended the same Constitutional protections as institutional journalists.”

Hay argues that Shuler should be granted the same latitude as any institutional journalist, and since Garrison and Strange are both public figures, New York Times v. Sullivan represents the cornerstone of his defense.

As far as Shuler’s standing as a journalist: it is likely to be considered what the Supreme Court calls the “lone pamphleteer.”

Shuler’s hearing is set in Jefferson County Court on May, 20.

Former Gov. Robert Bentley said during a recent deposition that he was pressured by lawmakers, attorneys and major donors on numerous occasions during the...

The corruption within Alabama’s state government doesn’t surprise me anymore. The brazenness of that corruption does. Seriously, these people aren’t even hiding it anymore....

A great movie, but would anyone believe it?

INSIDE THE STATEHOUSE by Steve Flowers We in the Deep South have a unique history of political theatrics. The only northern states that rival...