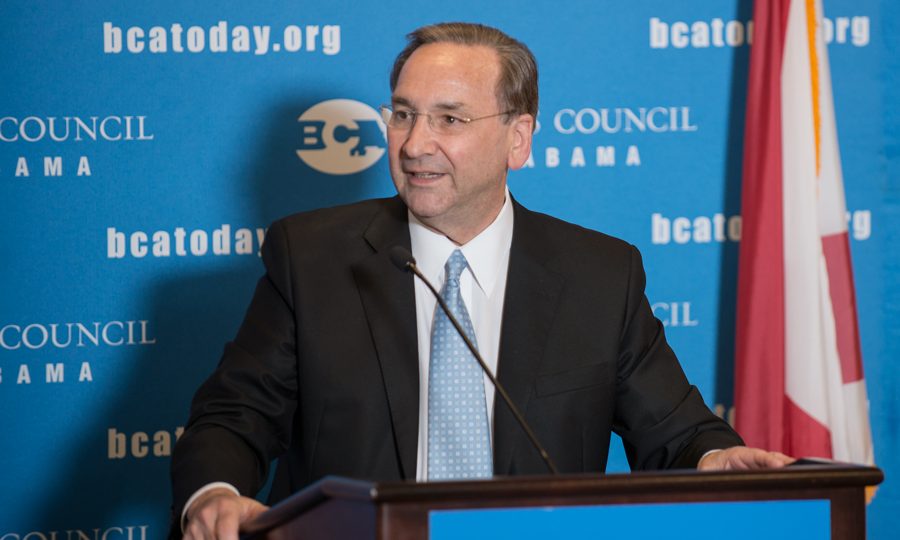 There may have been a time when the Business Council of Alabama was a cohesive organization dedicated to growth opportunities for all its members, but those days are in the distant past due to the failed leadership of its embattled CEO, Billy Canary.

“Canary is not a bridge builder. He builds walls that divide, not paths that unite,” said a longtime advocate for BCA.

Canary, according to BCA members, is obsessed with passing a gas tax in 2019, to fund a massive statewide infrastructure project. He is also reportedly determined to finance a slate of candidates who are sympathetic to his cause. “Billy is picking candidates for personal reasons, not because they are best for BCA but to help him,” said a prominent campaign consultant. “He wants to settle scores, and finance those who will be personally loyal to him, not BCA.”

Since an April 10 meeting of BCA’s executive committee, Canary has struggled to survive a consensus agreement that he must resign. At the April conference, seven of the state’s largest corporations detailed why Canary must step aside for the good of the organization and the state. While the executive committee agrees its time for Canary to go, there is vast disagreement on timing. The seven corporations represented by BCA’s largest donors want Canary’s resignation effective June 1. Current Chairman Perry Hand is fighting to keep Canary around through the fall general elections.

While the infrastructure project is seen as a necessary next-step to advance the state’s economy, just how such a sweeping investment will be financed is still being hammered out.

But Canary’s push for a broad tax is indicative of his myopic approach that has alienated lawmakers and business executives over the last several years.

Speculation abounds that Hand, chairman of Volkert Inc., may be allowing Canary to stay on at BCA so that the engineering firm he represents may disproportionately benefit from the infrastructure plan Canary is promoting. It is also believed that Canary is using Progress PAC campaign contributions to build a lobbying business for when he is finally pushed out at BCA.

Since the Republican takeover in 2010, Canary adopted a ‘my way or the highway’ approach favored by Hubbard and former Gov. Bob Riley.

“The Rileys have always favored a ‘Masters of the universe’ approach,” said a former Riley staffer. “This suited both Billy and Mike who wanted to create a fiefdom like Riley’s for themselves and successfully did so until greed overtook them.”

Signs of this type of arrogance was evident even in the 2010 rewrite of the state’s ethics laws, where Riley and Hubbard approved an exception in the Ethics Act that allowed only BCA to hold large events while denying smaller lobbying interests even a Christmas party or a steak dinner with lawmakers. “One thing these guys never understood was that you have to share,” said the former Riley staffer. “If you keep everything for yourself and your buddies, you’re going to create a bunch of enemies.”

Canary has done an excellent job of elevating his loyalists to BCA’s executive committee, but he forgot that bigger players were not going to sit idle as Canary used their funds to build a solo empire.

Sources at BCA say Canary is emboldened by Poarch Creek Indian Vice-chair Robbie McGhee and his lobbyist-friends Allison and Phillip Kinney, who are aiding in his funding efforts. McGhee and the Kinneys joined forces with Canary after it became apparent that many corporate sponsors were questioning Canary’s leadership. Reminiscent of McGhee’s alliance with former speaker and convicted felon Mike Hubbard, many tribal leaders fail to grasp the harm being done to PCI’s reputation by supporting the endangered Canary. McGhee and the Kinneys lack full support from the Tribal Council according to their allies, but the threesome remains “hellbent” in their support of Canary regardless of the political blowback, as one tribal observer noted.

The seven corporations that are calling for Canary’s removal each have a stake in seeing an infrastructure plan succeed. However, they are looking at the bigger picture while Canary is only looking out for himself, according to APR‘s insider.

Canary’s divisive tactics are seen as a growing liability. One that must be dealt with in May — not November.