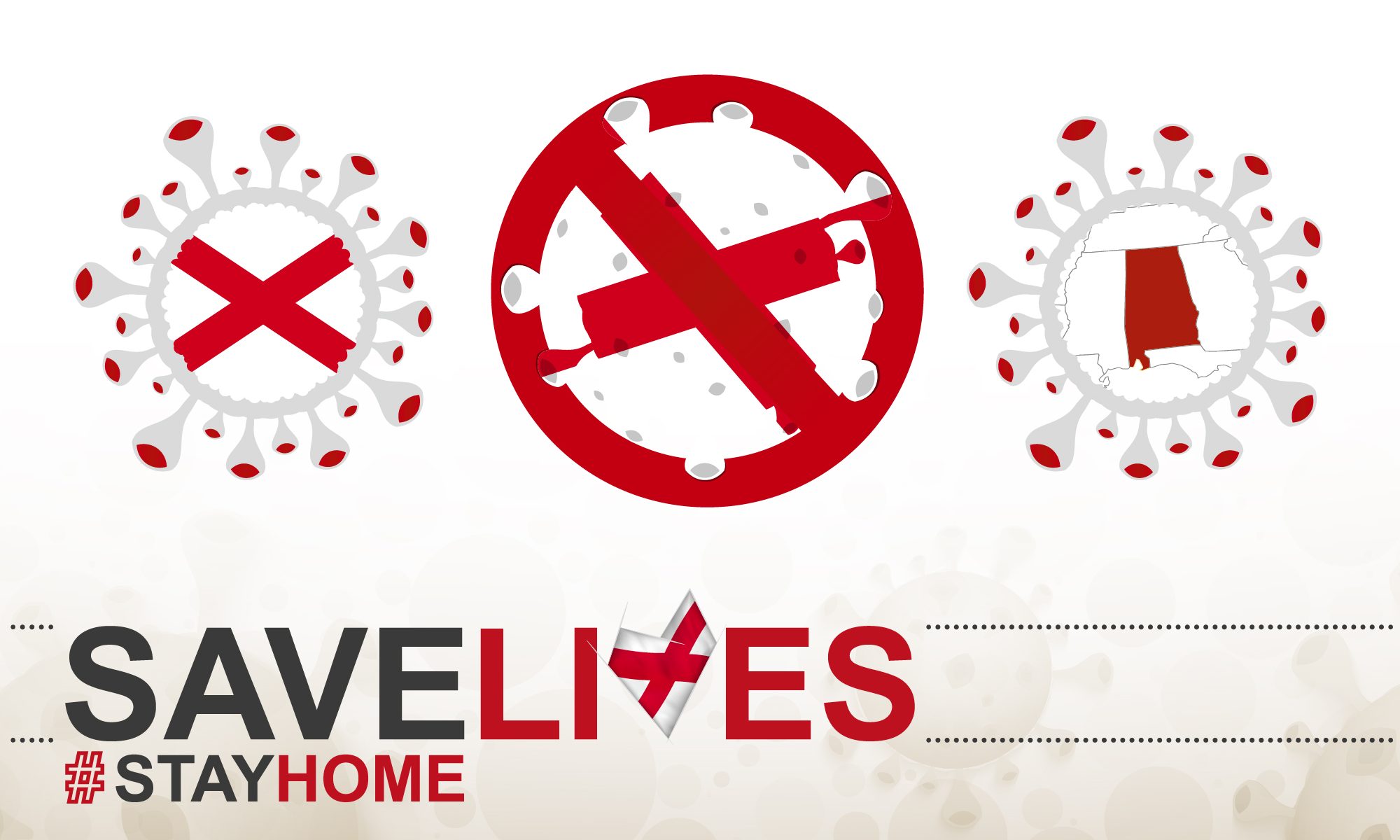 The number of people who have tested positive for COVID-19 in Alabama surpassed 10,000 and the death toll reached 400 on Monday as more businesses including restaurants, barbershops, gyms and salons began reopening after the governor relaxed her “safer-at-home” restrictions.

Infectious diseases experts and public health officials stress the virus is still spreading in the community and relaxed restrictions should not be taken as a green light to return to normal.

Ivey has said the same but said she is confident that Alabamians will adhere to social distancing recommendations based on their own personal responsibility, not government directives.

“The threat of COVID-19 continues to exist. It is truly deadly. And it must be addressed,” Gov. Kay Ivey said Friday when announcing the amended safer-at-home order.

The new order, which went into effect Monday morning, allows restaurants, bars and breweries to reopen with limited table seating and 6 feet between tables.

With the additional relaxing of the order, Alabama transitioned from being the southern state pursuing a more measured and slow reopening to the fourth “most open” state in the country, according to an analysis by a Virginia-based group.

Staying at home is still highly encouraged as the best way to prevent further spread of the virus. If you do go out, wear a mask or face covering, frequently wash your hands and avoid touching your face and mouth.

“It is really more important than ever for people to understand the need to maintain social distancing, the need to maintain good hygiene,” State Health Officer Dr. Scott Harris said Friday. “We have provided a lot of guidance to these businesses that will be getting back to some semblance of normal again, and we encourage them to take a look at that.”

The guidance and copies of all the orders are available on the Department of Public Health’s website. You can read the full order and recommendations here.

At least 10,009 people have tested positive for the virus across Alabama’s 67 counties as of Monday at 3 p.m., and 401 people have died from the virus, according to the Alabama Department of Public Health.

“There’s still disease transmission going on at the community level,” Harris said. “And so we very much need people to think about protecting themselves, to do these things that we’ve mentioned around face coverings, around hygiene. If you’re a person who’s older or you are a person who has chronic health problems, please try to minimize your travel.”

The new order also lifts a 10-person limit on non-work-related gatherings, which could put larger groups of people together, in places like church worship services and other events, raising the risk of spreading the virus.

State officials said at least 50 deaths in East Alabama and several hundred confirmed cases were linked, either directly or indirectly, to a church event in March.

“I do think it’s important to remind people, as we’ve mentioned before, the biggest single outbreak we have seen in Alabama’s epidemic was associated with a church event,” Harris said. “We certainly want people to get back to their normal worship as soon as possible, yet please remember to try to make that as safe as possible for those people who are at risk.”

Alabama recorded more new COVID-19 cases last week than during any previous week since the pandemic reached the state in March. Thursday was the largest single-day increase in newly reported cases. More than 500 cases were reported over the weekend.

“Based on what I’m looking at, it’s the highest level we’ve ever had in the state,” said Dr. Mike Saag, a renowned infectious diseases expert at UAB, Friday in an interview with APR. “So why are we retreating when our caseload is increasing? That’s the first problem.”

More testing is, in part, contributing to the rise in cases, but it does not explain the increase entirely, nor does it explain other metrics that have remained stubbornly worrisome.

Alabama is testing far more than in March or early April. A little less than 2.7 percent of the state’s population has been tested — up from 1.9 percent on May 1.

After a decline in the percent of total tests per day, based on those averages, that have returned positive in late April, that number has ticked back up as well.

“Test numbers have been, over the past several days, fairly flat,” Harris said.

Regardless, increased testing does not explain other metrics like hospitalization numbers and the rising death toll, which prompted modelers to revise death projections for the state upward.

“You can say we’re testing more, so we’re detecting more,” said Dr. Jeanne Marrazzo, the head of the division of infectious diseases at UAB in a press call on Friday. “And I think that’s definitely part of the explanation, but when we’re still seeing deaths accumulating like that, that means there are significant increases in the rate of infection overall.”

We’re tracking the spread of COVID-19 on our data and mapping page.

Advertisement. Scroll to continue reading.
In this article:coronavirus, COVID-19, covid19