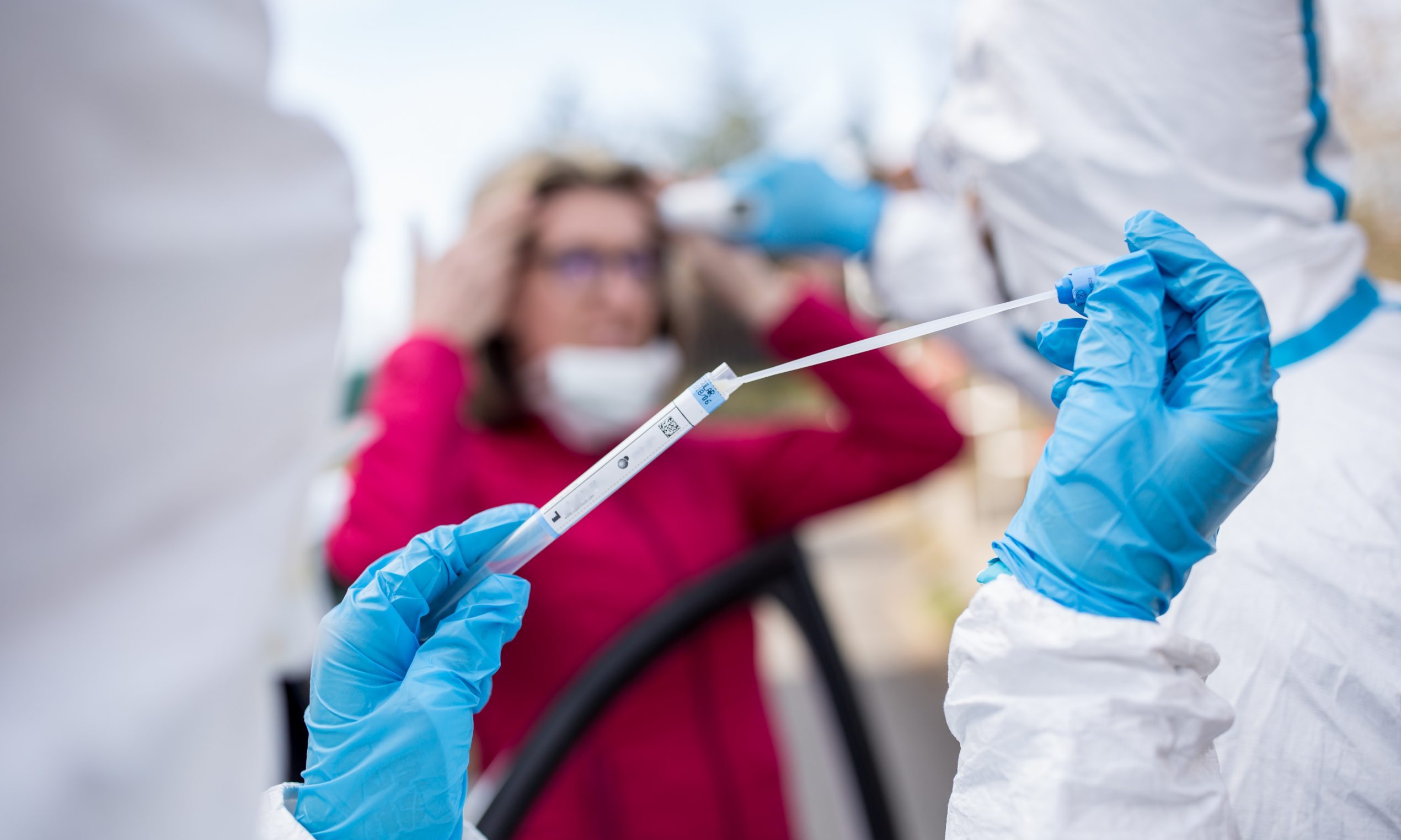 Alabama reported a new daily high in COVID-19 cases for the second day in a row, according to data from the Alabama Department of Public Health. The total number of positive coronavirus cases increased by 859, surpassing Thursday’s increase of 849.

The large increases in new cases comes a little more than two weeks after Memorial Day.

The Alabama Department of Public Health’s accounting of daily case increases show a similar spike in new confirmed cases. APR tracks the daily change in the cumulative total of confirmed cases, while ADPH has an internal tracking of cases per day.

Both measures show record new cases for Alabama. The Department of Public Health’s data is a day ahead of APR‘s on the chart above, and the total for Friday is partial.

The Department of Public Health said some increases in cases have been connected to outbreaks as a result of large gatherings that occurred during the Memorial Holiday, and at other times. But community spread outside of Memorial Day, specifically, is ongoing.

“With ongoing community transmission, it is safer to be at home,” the department said in a statement Friday, urging Alabamians to take the threat of the virus seriously.

“We have some increases related to persons engaging in Memorial Day gatherings with friends and families,” said Dr. Karen Landers, the state’s assistant health officer. “However, ongoing community transmission remains a major factor.”

In particular, outbreaks in and around Montgomery County have not been linked to any single event or facility, while other outbreaks across the state have been epidemiologically linked to certain high-risk facilities.

“It is important to get the message out that COVID-19 is not gone. It’s still in our communities,” said UAB infectious diseases expert Dr. Jodie Dionne-Odom, in a press conference earlier this week. “Ninety percent of counties in Alabama are still reporting cases every day. So it’s not just isolated to some cities that you’re hearing about. It is across our state.”

Testing has increased moderately in Alabama, but the state health officer and experts at UAB do not believe the increasing case count is entirely attributable to increased testing.

Mapping COVID-19 in Alabama
We're tracking the pandemic on our data dashboard.

Statewide, hospitalizations and reported deaths are also on an upswing. Hospitalizations are at their highest level since the pandemic began, according to the Department of Public Health. At least 647 people were in hospitals with COVID-19 as of Thursday in Alabama.

Deaths per day remain lower than the level seen in late April and early May but are also increasing. At least 764 people have died in Alabama from COVID-19 since the pandemic began. Fourteen deaths were reported Friday, and at least 92 deaths have been reported in the last seven days.

On average, 609 new cases per day have been added over the past seven days, the highest 7-day average since the pandemic began. At least 4,260 new cases have been reported in the last week, the highest total in a single 7-day period.

At least 5,381 cases of COVID-19 have been reported in Alabama since June 1, about a quarter of the state’s total case count since mid-March.

Over the past seven days, about 7,553 new tests per day have been reported in Alabama, on average, showing a moderate increase over the past week, though public health officials and infectious diseases experts say the increase in cases is not entirely attributable to increased testing.

The percent of tests that are positive in Alabama remains far above ideal levels, State Health Officer Dr. Scott Harris said in an interview with APR earlier this week.

“If this was only explained by increased testing, the percent positive wouldn’t change,” Harris said. “But the percent positives are higher than they were at least a few weeks ago. We were at a high of around 12 percent in April, then it declined a little bit. It got as low as 9 percent. Then it has crept back up again.”

Our data shows an increase in the percent of tests that are positive.

In this article:coronavirus, COVID-19, Featured, featured2