Durant paid thousands in campaign funds to his own company, to buy his own book
Advertisement 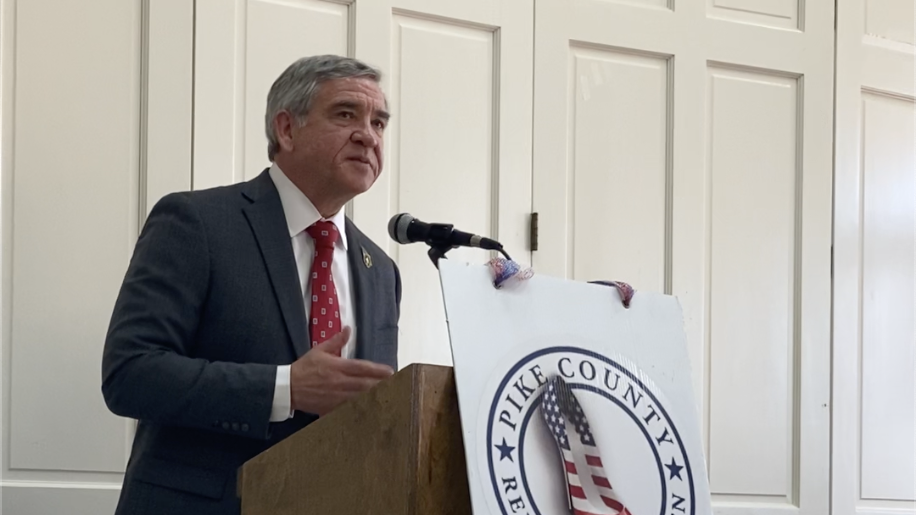 A closer look into U.S. Senate candidate Mike Durant’s required financial reporting shows he is an extremely wealthy individual, with a multimillion-dollar estate in Colorado, who has benefited from recent federal bailout funds, used his company’s services to further his campaign and purchased copies of books he has written using campaign contributions.

FEC filings reveal that his campaign paid $11,648.10 to Pinnacle Solutions, the company Durant founded and of which he still serves as CEO, before he sold the company on December 31, 2021.

Durant’s company had previously taken $6 million in fully-forgiven PPP funds from the federal government before he in-turn dumped over $4 million into his campaign after announcing his candidacy in October. That infusion of cash also came before Durant sold the company.

The campaign funds Durant paid to Pinnacle Solutions were listed for a variety of reasons, including rent, telephone, travel and lodging, graphic design consulting, and administrative consulting services. The expenses were from November and December 2021. Expenses from January through the end of March 2022 will be disclosed in April.

Penguin Random House is the publisher of Durant’s biography, “In the Company of Heroes,” as well as his other book, “The Night Stalkers.”

The terms of those royalty agreements are as follows:

“In the Company of Heroes”

“In the Company of Heroes” is the same biography in which Durant neglects to mention his sister, while framing his father as a hero. Associated Press reporting from the 1990s reveal that Durant’s father confessed to Durant that he raped and sexually abused Durant’s sister for years.

In the same time period, he gave additional paid speeches to the likes of Goldman Sachs, Capital One and Sigma Financial.

The Durant family’s disclosed financial liabilities are limited to a single mortgage on a property in Colorado that is held by an LLC and valued between $5,000,001 and $25,000,000.

After publication, Durant’s campaign reached out to APR to say that all expenses paid to Durant’s company, Pinnacle Solutions, were in line with federal requirements and that Durant would not receive royalties from books purchased by his campaign.

Durant will face Rep. Mo Brooks and Katie Britt in the Republican Primary May 24.

Bill Britt is not related to Katie Britt or her husband Wesley.