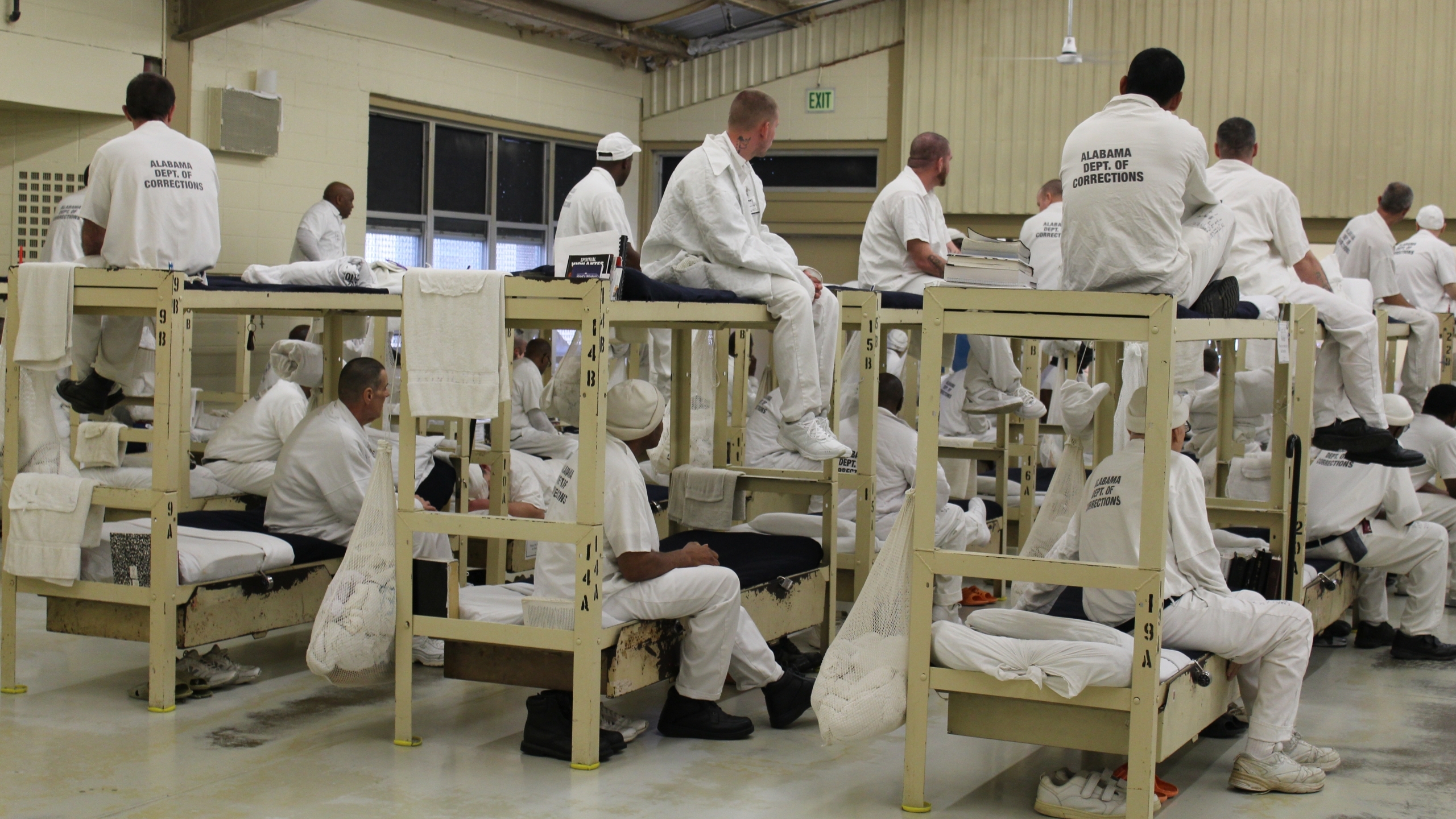 Alabama’s deadly prison crisis is complicated, with a history that reaches back many decades, and with the federal government’s lawsuit over the prisons playing out in court, how could the crisis end?

That’s what listeners of a new podcast “Deliberate Indifference” will learn as they hear from those inside Alabama’s overpopulated, understaffed prisons, their families, prison officials and others, all connected to the violence that plays out in Alabama’s prisons for men every day.

Mary Scott Hodgin, an award-winning health and science reporter at WBHM in Birmingham, began reporting on mental health care in the state’s prisons in late 2018. Plaintiffs in the 2014 Braggs V. Dunn lawsuit alleged in the long-running litigation that the prisons fail to provide adequate mental health care, which has led to an increasing number of suicides.

The U.S. Department of Justice in April 2019, released a report detailing horrific instances of violence, sexual assualts and death in the state’s 13 men’s correctional facilities, which the federal government believed to amount to a potential violation of the Constitution’s Eighth Amendment and its prohibition on cruel and unusual punishment.

“For me, it was just sort of something that you can’t really turn away from,” Hodgin told APR by phone Wednesday.

Hodgin spent the next several years talking with prisoners who’ve seen, or been victim to, the violence that has plagued Alabama’s prisons for decades. She poured over court records and Alabama Department of Corrections data, trying to learn more about what happened before, and where things may be headed.

She spoke to wardens and correctional officers, and to the families members of those killed in prison, including Bianca Ladd, who lost her brother, Brandon, when he was killed by another incarcerated man at Bibb Correctional Facility in 2019. Bianca tells her story in the podcast’s first episode, released Wednesday.

“The last time I saw my brother alive is when he went to prison,” Ladd told Hodgin for the episode.

The federal government in December 2020,  sued Alabama and the Alabama Department of Corrections over its deadly prisons, alleging violations of inmates’ constitutional rights to protection from prisoner-on-prisoner violence, sexual abuse and excessive force by prison guards.

The lawsuit could lead to federal oversight of the state’s prisons, and if so, it wouldn’t be the first time that’s happened. Subsequent episodes of the podcast will look at the complicated history of Alabama’s troubled prisons, of when the federal government took over the prisons in the 1970s.

“And then we look at the sentencing laws. Episode three is really focused on the habitual offender law,” Hodgin said.

Alabama’s Habitual Felony Offender Act sets mandatory minimum sentences that have locked away hundreds, sentenced to life without the possibility of parole, despite later changes in sentencing reforms that downgraded some crimes, which would have prevented those harsher sentences for many. Lawmakers didn’t make those changes retroactive, however, leaving many serving life. The law also increases the length of sentences for thousands more.

Other episodes will look at mental health care, staffing, excessive use of force, rehabilitation and programming.

“So it’s kind of looking at peeling apart the different issues that contribute to this crisis, so to speak, as outlined by the DOJ, and people involved in it, and trying to sort of understand, okay, what has happened before and what’s happening now,” Hodgin said.

Getting information from the Alabama Department of Correction wasn’t always easy, Hodgin noted. Records requests were denied, often citing ongoing litigation. Many current employees declined to talk to her.

“But then like basic information about who’s dying,” Hodgin said.

The Alabama Department of Corrections doesn’t typically release information about a death inside prisons unless a reporter learns of a death through other means and requests confirmation.

The department also has a history of misclassifying deaths and failing to report some in the department’s statistical reporting.

“ADOC’s statistical reports do not reflect all deaths from prisoner-on-prisoner homicides,” the DOJ wrote in an amended complaint in the federal government’s lawsuit against Alabama over its prisons for men. “For example, in November 2020, a 48-year-old prisoner at Bullock was beaten and stabbed to death. Additionally, in February 2021, a 38-year-old prisoner at St. Clair was stabbed to death in an open dormitory. ADOC officials confirmed both deaths resulted from prisoner assaults in public news reporting, but they are not reflected in ADOC’s monthly statistical reports.”

APR in December 2021, asked the Alabama Department of Corrections why the department doesn’t regularly release information about prison deaths as some states do. In a response a department spokeswoman said  “the Department already is in the process of setting up an inmate death notification portal on our website.”

Asked for an update on that inmate death notification portal in February 2022, the spokesman responded that “we will need to get back to you as soon as the new commissioner has had time to establish a reporting procedure.”

Former Alabama Department of Corrections commissioner Jeff Dunn resigned at the end of 2021, replaced by John Hamm, who was previously deputy secretary of the Alabama Law Enforcement Agency.

Hamm turned down Hodgin’s requests for interviews for this podcast, as did Gov. Kay Ivey and Charlie Graddick, the former director of the Alabama Bureau of Pardons and Paroles. Graddick’s tenure of the bureau was controversial. In July 2019, when appointed as director, Graddick described the state’s inmates in op-eds and in interviews as too dangerous to be paroled.

And there has been a growing racial disparity in who gets released and who doesn’t, since Graddick’s appointment, and that of Pardons and Paroles Board chair Leigh Gwathney. Since November 2019, through June 2021, the Pardons and Paroles Board granted 25.5 percent of all white applicants’ paroles, or 751 of 2,948 considered, but granted just 11.9 percent of all Black applicants’ paroles, granting 349 and denying 2,580.

“I hope that it generates questions about what prison is for, because I really think that’s a huge question,” Hodgin said of the podcast. Who goes to prison and how long do they stay?

There’s no simple answer to those questions, Hodgin said, but they’re important to ask.