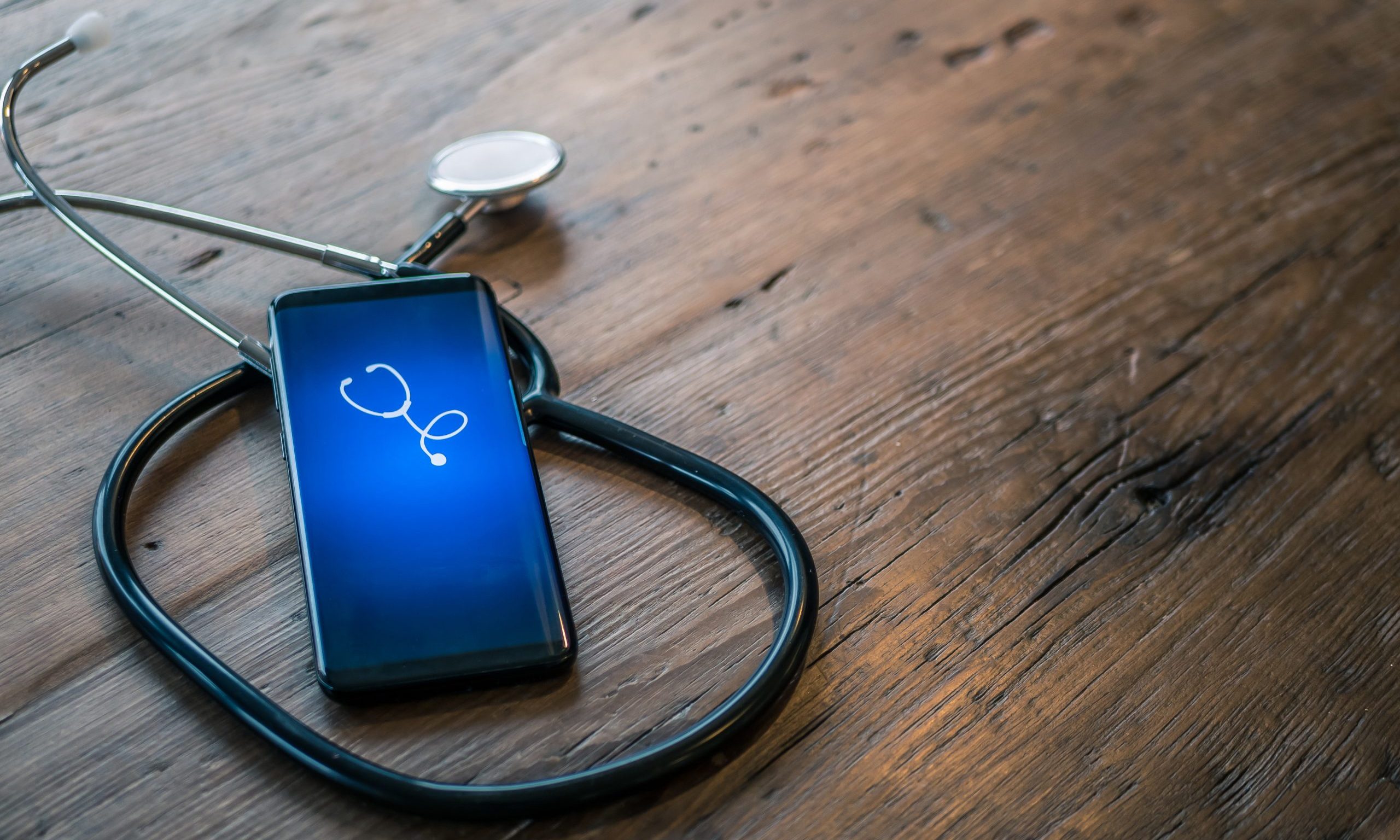 Mobile phone with healthcare app on wood table with stethoscope

Gov. Kay Ivey on Thursday announced that the state is one of four to have signed a deal with Google and Apple to use the companies’ software to build an app that would notify a person if they’ve come into contact with someone with coronavirus.

“Hopefully this will become an important tool in the tool kit to slow the spread of coronavirus, by using what almost every Alabamian has in their pocket: a cell phone,” Ivey said during a Thursday press conference.

While Ivey described it as the companies’ “contact tracing app” during her press conference, it’s really not an app, but rather software that the state will have to use to then build its own app, and it doesn’t conduct contact tracing, which public health officials conduct to slow the spread of the virus.

Neither company uses the phrase “contact tracing” to describe the software, and instead call it “exposure notification” software, and the distinction is important to state public health departments, which won’t be able to access the data the software records to identify those who have been exposed to COVID-19.

Google and Apple announced the launch of the software Wednesday. Alabama is joined by North Carolina, North Dakota and South Carolina in partnering with the companies to use the software, as are 22 other countries.

The software, which uses Bluetooth technology built into most cell phones, will allow state public health departments to build apps, which can be downloaded.

Once downloaded, the app will allow the phone to send Bluetooth signals to other nearby phones, and the data from the interactions between phones is collected on each phone.

If a person tests positive for coronavirus, and their cell phone’s Bluetooth signal is in another person’s app database, that person could receive a notification that they were exposed and given next steps to take, according to Apple.

But the software won’t likely be the tool many state public health departments had hoped for after the companies announced their plans for the technology in April.

While the software can notify a person if they’ve come into close contact with someone who has the virus, that information won’t be shared with state public health officials, according to The Washington Post.

Apple and Google cited privacy concerns and battery life when they announced that the software wouldn’t alert state public health departments of who may have been exposed, the Washington Post reported.

“Every minute that ticks by, maybe someone else is getting infected, so we want to be able to use everything we can,” said Vern Dosch, the contact-tracing liaison for North Dakota, in an interview with The Washington Post. “I get it. They have a brand to protect. I just wish they would have led with their jaw.”

Contact tracing helps slow the spread of the virus by having state public health epidemiologists and other contracted workers interview a person who has the virus, learn who they may have exposed to it, and by notifying those people and advising them on how to prevent exposing others.

Harris said the department needs dozens, or possibly hundreds more contact tracers to investigate new cases, contact those they may have exposed and do “active monitoring,” wherein workers get continual updates on an infected person’s condition.

The state doesn’t have the capacity to actively monitor patients, Harris said, but the department is working to include outside call centers and school nurses in the state’s contact tracing efforts, and had moved around other employees to have them conduct contact tracing.

ADPH has approximately 120 contact tracers, along with some medical students doing the work, said Dr. Karen Landers with ADPH, in a message to APR on Thursday.

“We are continuing to assess the need, but expect to need at least the number we have as we return our public health employees to their other duties,” Landers said.

Landers said the department was still in the planning and discussion phase regarding the app and would have more information next week.

Ivey’s announcement of the partnership with the two tech giants came at the same press conference in which she announced an amended “safer-at-home” order, which will allow entertainment venues, summer camps, child daycare facilities to reopen, athletic activities to resume and schools to reopen in the near future.

Ivey’s decision to reopen more of the state’s economy and public life comes as the number of confirmed COVID-19 cases in Alabama continues to rise, and the city of Montgomery faces a dire shortage of intensive care unit beds.