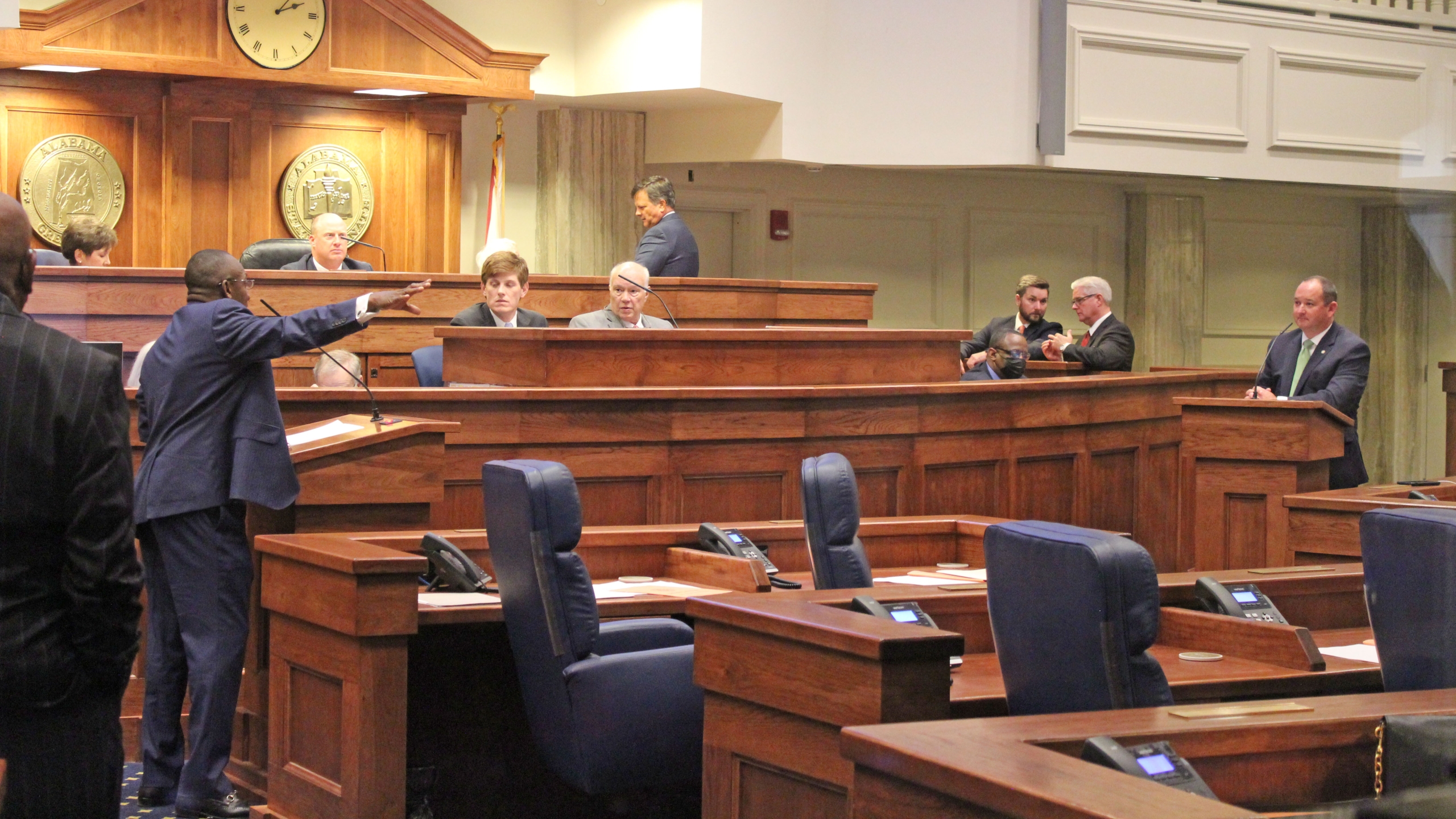 The Alabama Senate approved a bill Tuesday that would require businesses to provide religious and medical exemptions to COVID-19 vaccine mandates.

The legislation — sponsored by Sen. Chris Elliot, R-Fairhope — required a two-thirds majority to pass since it is not related to redistricting. It got the number it needed with a 26-5 vote in favor.

The bill would prevent businesses from terminating an employee who files for an exemption. The bill has already drawn fire from the business community.

Sen. Greg Reed, R- Jasper, said after the vote that the Senate had “been hearing from everybody” prior to the vote.

Sen. Clay Scofield, R-Guntersville, said the Senate “really tried to thread the needle with this, really, to make sure we stand up for freedom but also we don’t create conflict with the business community.”

Democrats challenged the bill’s lack of mechanisms to vet the exemption claims or punish employees who lie about their exemptions.

“You’re about to manufacture an excuse for folks not to take the vaccine,” said Senate Minority Leader Bobby Singleton, D-Greensboro.

Singleton pointed out that, under the bill, the employer can appeal to the Department of Labor, but the department has no teeth to vet the claims.

“I don’t have to show medical records as to whether I’m actually sick or my religious belief,” Singleton said. “So based on what will they make a determination? Whether or not the individual claimed the exemption is the only standard of proof.”

Elliot confirmed that as long as the employee has filled out the exemption form, there is no further standard for the department to investigate.

“We need a whole agency to referee what is written on a piece of paper?” Singleton said. “That is stup— that is crazy.”

Singleton said he had planned to file a substitute that would charge people who fraudulently claim an exemption with a Class D felony, but said the bill as written does not give any method to determine someone made a fraudulent claim.

The senator made it clear from the start that Democrats intended to have a long debate, leading his time at the mic by stating he would like to “start his first hour.” Later, as he yielded the mic to Sen. Rodger Smitherman, D-Birmingham, he informed Senate leaders he would like to start his second hour after Smitherman’s hour.

However, the Republican leadership ensured that the debate would not continue with a 25-6 cloture vote around two hours into the discussion.

Smitherman said he was surprised that his Republican colleagues would introduce a bill that supported employees over employers.

“The thing that surprised me most is all through the years, the claim by your party is that we are 100 percent pro-business,” Smitherman said. “Y’all did a good job of that. Yet I find now that you have bailed out on business. You bailed completely out on them when you tell them that now an employee can determine whether you have enough people to work a shift or provide productivity. That’s what this bill does.

“The point is: we’ll take the new friends after y’all turned your back on them,” Smitherman added later.

After the petition to cloture was introduced, Smitherman warned Republicans that the bill would be tossed out by the courts, citing the Supremacy Clause of the U.S. Constitution.

After approving the bill, the Senate took up a bill sponsored by Sen. Arthur Orr, R-Decatur, that would require minors 18 and under to have parental consent to receive a vaccine and bars schools from inquiring about a student’s vaccination status. It would also give the attorney general of Alabama the power to bring action against businesses requiring proof of vaccination to provide services.

After some debate over the bill’s particular language, including the definition of “individual,” the bill passed on a 27-5 vote.

Both bills now head to the House for consideration. Scofield said he believes the bills will fare well in the House.

“Not to speak for the House, but their membership is very, very interested in these bills,” Scofield said.