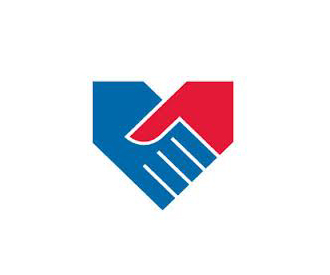 MONTGOMERY–On Monday, the JobKeeper Alliance Board Chairman Stewart Burkhalter, released  a report during a press conference where he stated that he had “definitive proof” that environmental activists are attempting to manipulate Alabama utilities.

The report, titled “Public Utility Regulation Without the Public: The Alabama Public Service Commission (PSC) and Alabama Power”, was released by Arise Citizens’ Policy Project on March 1, 2013. The author of the report was David Schlissel.
Patrick Cagle, director of JobKeeper Alliance, said that Schlissel “makes his living testifying and producing reports for environmental activist groups.” He said that according to the Schlissel Technical Consulting website, 75 percent of the clients that have been served are environmental interest groups. Among their clients were the Southern Environmental Law Center and Southern Alliance for Clean Energy.

According to Cagle, on page 16 of the report is a letter to GASP (a Birmingham-based environmental group), proving that Schlissel was working with them during the preparation of the report.

In February, GASP Executive Director Stacie Propst, gave a speech at UAB, and she said, “In the midst of this firestorm about utility rates, you may be asking yourself, what in the world does this have to do with pollution. Right? It’s directly related. The point here is, obviously, that transparency would help us a great deal in understanding how power plants are polluting.”

In February, Twinkle Cavanaugh, PSC president, and Commissioner Oden,voted to block Commissioner Terry Dunn’s call for a formal review of utility rates in Alabama. Dunn claimed that customers were paying too much to Alabama Power, Alabama Gas and Mobile Gas.
Dunn has since been criticized, by many, as working as an arm of the environmental groups.
Burkhalter said that the main focus of the controversy is an attempt by environmental groups to shut down coal-fired plants, and replace them with solar and wind energy provided from out of state companies. He stated, “This threatens the thousands of high-paying Alabama jobs that are created by the use, mining, and transportation of this abundant fuel source.”

Cavanaugh, who has been an advocate for coal’s future, also said, “The thing about coal is that it keeps our utility prices down. Our direct access to coal keeps our prices down in Alabama which makes us able to recruit industry like Mercedes, ThyssenKrupp, and Hyundai.”

According to Henley, “Roughly 20 to 30 percent of the miners in Alabama are mining coal for the power companies.” He said that roughly 5,000 jobs will be directly affected and thousands more indirectly.