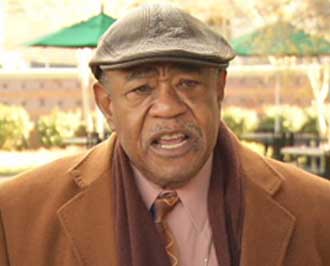 On Tuesday Alabama State Representative John Rogers (D) from Birmingham met with leaders of the Jefferson County Commission about legislation he has introduced in the 2013 legislative session that would pass a new occupation tax and reopen Cooper Green Mercy Hospital to in-patient hospital stays.  The meeting did not go well and the two sides failed to reach any agreement on what legislation (if any) to introduce to deal with the Jefferson County situation.
Rep. Rogers said on Facebook Monday, “Despite today’s setback, I’m committed to finding a way to help Jefferson County. Even though Commissioner Carrington continues to try to make me and Representative Mary Moore the bad guys, we are the only ones to offer legislation to help the County. For two years they have wanted two things: an occupational tax and getting the County out of the healthcare business. I offered both goals in companion bills and he rejected it. I will not quit and will go directly to my colleagues in the Jefferson County legislation delegation to try to get something done for the people and businesses of our community.”

Jefferson County has suffered from decades of corruption and mismanagement.  Former Jefferson County Commissioners Langford (D), Katapodis (R), White (R), Buckelew (R), Germany (D), and McNair (D) have all been convicted for their roles in a variety of criminal corruption scandals that have left the embattled county with over $ four billion in debt and in bankruptcy court.  Jefferson County is the largest government bankruptcy in American history.

Much of that was spent to comply with stringent new environmental regulations under the Clean Water Act.  The county had illegally collected an occupation tax for years after it was repealed.  Eventually the courts made them stop illegally collect the tax worsening a financial crisis already made bad by the down economy and the massive size of the county’s debts.