The Republican Women of Shelby County were briefed on Saturday on the human trafficking problem in Alabama by Detective Trent Kempster with the Tuscaloosa Police Department.

“When I started, we had eight prostitutes in Tuscaloosa,” Kempster, who has served in law enforcement for over 25 years, said. “They were drug and alcohol dependent, and every time we conducted a sting, we would arrest the same eight people. Their pictures would appear in the newspaper every few months, and we hoped that the shaming would encourage them to stop.

“Over time we began to see localized prostitution become more commercial,” Kempster said. “Now, they travel up and down the interstates and set up shop in a motel for a few days and then move on to another town on a regular basis. The Trump administration has done more for human trafficking than anyone before. People don’t want to admit that we have a problem. The eyes don’t see what the mind doesn’t know.”

“There would not be prostitutes if there were not men soliciting them,” Kempster said. “All different types of men get arrested for soliciting prostitutes. We have arrested a part time pastor who was in town for a gospel singing, a school teacher, a high ranking corporate executive, factory workers, college students, research people…, foreigners, people here working on advanced degrees and we have a lot of Hispanic customers.”

Kempster said 79 men were arrested for soliciting prostitution in Tuscaloosa in 2018 and would have had even more, but the federal government shut down Backpage. The task force had ongoing stings there.

Kempster said Backpage was an internet site that brought all the people seeking prostitutes with the people who were trafficking. When the federal government shut it down, Kempster said they scattered in a million directions.

“It made our job a lot harder, but I am OK with it because there aren’t a thousand kids being trafficked in one place,” Kempster said. “They have gone from one centralized site to hundreds of small sites.”

Kempster said that girls are coerced into a life of prostitution. Typically, they are drug addicted, have low self-esteem, girls that don’t fit in and have bad home lives.

“I have never personally seen one yet that had not been sexually abused at home,” he said.

The average age of entry into prostitution is 11 to 14.

“The Wellhouse in Odenville is one of the few places that take prostitutes,” Kempster said.

“Sex trafficking is modern-day slavery,” Kempster said. “The traffickers use force, fraud or coercion to compel another to work for little or no wages and engage in acts of commercial sex often for little or no pay.”

Kempster said when they ask the prostitutes why they are working for the pimp, they answer that he loves them, he is their boyfriend or that they are doing it to help him.

“Victims average 11 rescues or arrests before a victim can leave her pimp for good,” Kempster said.

Kempster said they often have nowhere to go, no money, no ID, no clothes of their own and they don’t think they can do any better.

“Runaways are the most vulnerable,” he said. “Various internet sites report that one-third of all runaways are lured into sexual exploitation within 48 hours of leaving home. This is mainly survival sex — trading sex for food, drugs or shelter.”

“They are not going to go to Wal-Mart and snatching children,” Kempster said. “We get reports like this. One story was shared 14,000 times on Facebook about a child trying to lure a girl to a van in the McDonalds parking lot. We checked the security videos, and it was absolutely not true. They don’t want to target the child that is going to be shared 14,000 times. They want the child that won’t be missed.”

“We hear about a lot of trailers being where Hispanic prostitutes are housed,” Kempster said. “When I was in narcotics, they (Hispanic gangs) ran their own tight-knit organizations that are very hard to get into.”

Kempster said the sex trade uses commercial sex websites like Craigslist, but 99 percent of the ads now are robotic. Typically, they have a picture of a really beautiful girl.

“With sex websites, if it looks too good to be true, it is too good to be true.” Kempster said. “Typically, there is a message sent, then nude photos, and more nude photos and then a message, ‘Hey, I want to meet you at a hotel in Tuscaloosa.’ The man gives his credit card number, then he is jammed up for a $1,500 charge in China, and they never see the girl. He, typically, is not going to report it because his wife might find out.

Kempster said he has gotten good at telling the fake ads from the real traffickers.

Kempster showed slides where the women had been “branded” by their pimps, with distinctive tattoos like: ‘Daddy’s Little Bitch”, “Paper’s Girl”, “King Lou’s”, crowns, and even bar codes to show who they belong too.

“You can not keep letting these same people commit these same things over and over again and expect society to get better,” Kemper said.

Kempster said that he opposes the legalization of marijuana.

“More crimes revolve around marijuana than any other drug in Alabama,” Kempster said. “Shootings, violent crime, home invasions. There is more money to be made in marijuana than heroine,

Kempster said that when he started in law enforcement marijuana was $500 to $800 a pound. Now it is $8000 to $9000 a pound. “Talk to the police in Colorado and they will tell you that crime has increased around it.” 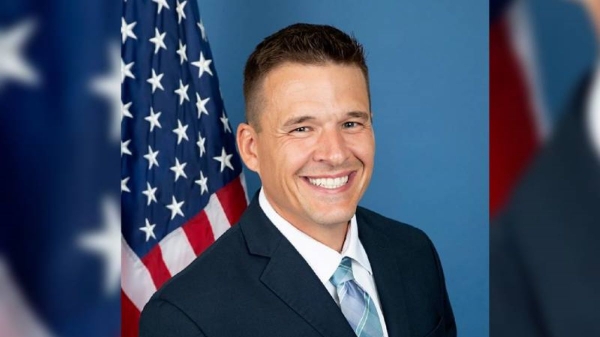