This month, the United Auto Workers (UAW) bussed out-of-state activists into Alabama to protest what they describe as several car companies’ insufficiently strong opposition to the state’s new anti-immigration law (HB56). The UAW is using HB56 as a political club to force foreign car manufacturers to take away the secret ballot.

UAW President Bob King wrote in the ‘Detroit News’ that his union was “marching for justice and calling on Alabama businesses and major foreign investors — such as Daimler, Hyundai and Honda — to support repeal of H.B. 56.”

Besides being underhanded, there is a lot of irony in the UAW’s campaign. First, while King talks about “justice” his union is trying to take a fundamental right away from Alabama workers: the secret ballot. King is targeting these companies because the UAW has been unable to organize workers at their plants through the normal secret ballot process.

Second, the UAW is trying to pin blame for HB56 on companies that had nothing to do with its passage. The UAW claims it is targeting a law hostile to foreigners by going after some foreign car companies that never even supported HB56.

Third, the UAW is blaming the victim. Daimler and Honda executives have been detained or ticketed under the law’s enforcement provisions. Last November, a German Mercedes-Benz executive visiting the automaker’s plant in Tuscaloosa was arrested by police for failing to have proper identification during a traffic stop. Only 12 days later, a Honda executive—one of roughly 100 Japanese managers and executives in Alabama at any given time—was ticketed for running afoul of HB56.

Last year the UAW launched a sophisticated public relations campaign to tarnish foreign-owned car companies to pressure them into unionizing.

Attacking HB56 is just camouflaging the UAW’s own effort to deprive American workers of the secret ballot.  The UAW is coordinating this attack strategy with allied organizations in order to camouflage its self-interest.  (This is why UAW is teaming up with groups such  as the Center for Community Change, the Center for American Progress, NAACP, and the Southern Poverty Law Center.)

As part of its public relations campaign (known as a corporate campaign) against the automakers, UAW unveiled its Principles for Fair Union Elections. Chief among the Principles is replacing the secret ballot in unionization elections with a process known as card check, whereby union organizers collect employee signatures on union cards out in the open, thus exposing workers to strong-arm tactics and intimidation.

Companies that seek to protect their workers’ privacy by refusing to agree to the Principles become targets of the UAW’s attacks. Last year, King said that if a company resists his union’s organizing efforts, the UAW “will launch a global campaign to brand that company a human rights violator.” Now the UAW is expanding its attacks to brand companies as civil rights violators, including those that did not openly oppose HB56.

If the UAW seems desperate in its tactics, that is because it is. The union’s total membership has dropped to 377,000, down from a high of about 1.5 million in 1979. Since 2004, its membership has precipitously declined by 42 percent. As King himself has bluntly stated, “If we don’t organize these transnationals, I don’t think there’s a long-term future for the UAW—I really don’t.”

The UAW’s real goal is to add more dues-paying members to their ranks. For this, it is cynically using HB56 as a weapon in its assault on the car companies it is targeting.  Alabamans—and the nation’s car buyers—should not fall for such a transparent ploy.

Vernuccio is Labor Policy Counsel at the Competitive Enterprise Institute (CEI). Nowrasteh is an immigration Policy Analyst at CEI. 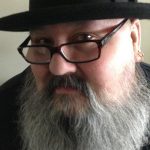