“Local interference” is a term every person in Alabama should learn right away–and I’m not talking about the fullback running interference for the Alabama or Auburn football team.

I’m referring to House Bill 495, a bill that has been introduced in the Alabama House of Representatives to strip control over things like working conditions from local governments across Alabama.

The bill surfaced after I introduced a bi-partisan bill to increase the minimum wage in Mobile County.  When some state legislators got wind of Mobile planning to pass a law they didn’t like, they intervened with a bill that would prohibit Mobile County and other counties and municipalities in Alabama from passing their own laws.

Putting aside your feelings on my minimum wage bill, the bigger issue here is the interference with the democratic process.

Local governments know their communities best and are best suited to deal with hyper-local issues like zoning, schools and land use.  The local cost of living affects locally elected officials as much as everyone else in their town, and those local politicians are beholden to their constituents to a degree that a state legislator can never be.

While the state government plays a valuable role in setting minimum standards, a community has the right to create standards above what’s required by the state.

A one-size-fits-all law such as HB 495 denies you a voice in making local laws to  make a stronger community.

You may ask why, as long as a local law doesn’t violate state laws, would the state government punish localities by standing in the way of them protecting workers and their families in their community’s best interests?

Corporate lobbyists and special interests are alive and well at both the national and state levels, using their influence to block local progress when they perceive laws to threaten their profits. The text of HB495 mirrors the language of the American Legislative Exchange Council (ALEC), a national organization that drafts and distributes model state level legislation that is designed to benefit corporations and industries–the very ones who oppose raising the minimum wage and guaranteeing paid sick days. In fact, many of the loudest minimum wage opponents are the country’s largest and most profitable companies.

A 2012 report by the National Employment Law Project found that two-thirds of all low-wage workers are employed by large companies rather than small businesses, and that the vast majority of the largest low-wage employers in the country are earning strong profits and can afford higher wages.

Alabama is already the only state in the southeast that denies counties local control, a controversial issue grounded in Alabama 1901 Constitution. County citizens require the unanimous consent of their legislative delegation to get approval from the state legislature in Montgomery.

For over one hundred and fifty years, Alabama has been the poster-child for states rights and small government.  It is a strange twist of history, indeed, that Alabama now wants to use big-government overreach to deny the local rights of its communities, thus reversing its century-old principle.

Rep. Napoleon Bracy is a Democrat from Prichard. He represents District 98 in the Alabama House of Representatives. 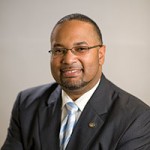 Curbside voting was already banned administratively. This codifies that into Alabama law.

Vote on new bylaws or don’t bother sending anyone from Alabama to Milwaukee next year.  Essentially, that’s what the Democratic National Committee said to...