Alabama legislators are at it again – putting their energy toward passing needless bills that demonize communities versus fixing the real, urgent issues in our state.

Last Thursday, a bill passed out of the Alabama Senate that would provide Alabamians with the option to contribute their state refund to the “We Build the Wall” organization. They added an amendment that if the funds have not been used within three years, they must be returned to the General Fund.

But even with this amendment, this bill seeks to take the hard earned tax dollars of Alabamians and provide a state-sanctioned path to funnel them outside of the state. There are already 21 local nonprofits that taxpayers can select to support programs like the Alabama Aging Program, the Alabama Nongame Wildlife Fund and the Alabama Veterans Program.

Meanwhile, Alabama’s public schools are failing. Rural hospitals are closing and leaving people without care. We are consistently ranked among the bottom five states when it comes to health care, education and opportunity.

The Legislature only meets for so many days a session, and they are using those few days to pass a bill helping to fund an organization whose finances are so shaky, the Legislature actually included an amendment on what to do if the funds aren’t used.

Immigrants are members of the Alabama community. We are neighbors, coworkers, friends and family. We are also taxpayers, too. We are not scapegoats, meant to be waved in front of voters to distract them from the fact that legislators are doing nothing to fix real problems in our state.

With bills already introduced on complicated issues like Medicaid expansion, lottery, marijuana and prison overcrowding, state legislators have enough tough problems to work on. It’s time for them to do their jobs and focus on Alabama, and let Congress do theirs to address federal immigration policy. 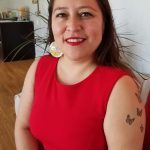