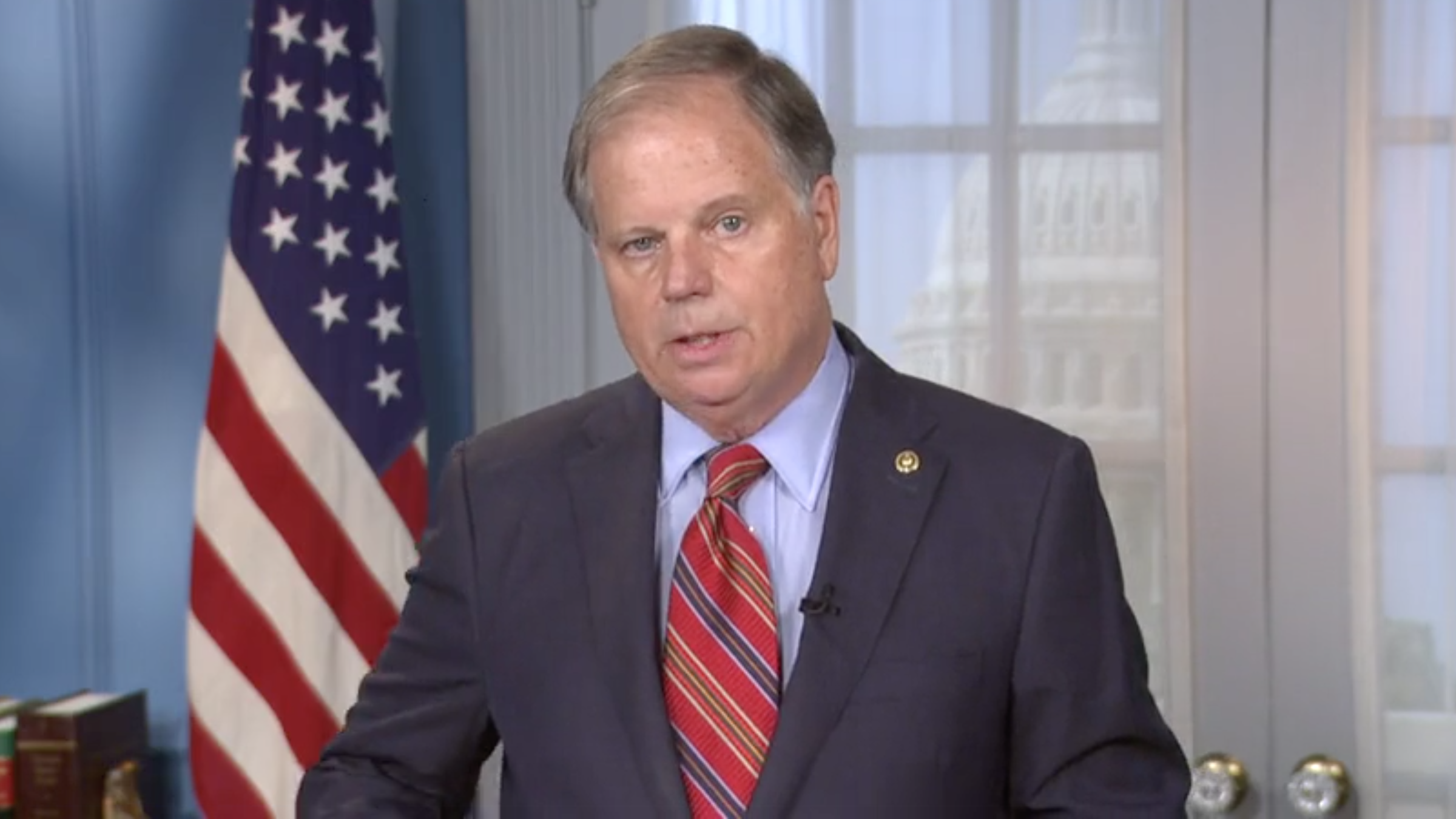 Alabama Democratic Sen. Doug Jones said the “chaos” surrounding President Donald Trump’s post-election actions, and the refusal of most Republicans on Capitol Hill to acknowledge its outcome, is making it more difficult to pass another round of COVID-19 aid.

As the disease surges again across the country — and new cases, hospitalizations and deaths in Alabama appear to be headed back to July-level highs — most Republicans in Washington D.C. are backing Trump’s decision not to concede to President-elect Joe Biden. Trump and his Republican supporters also continue to allege unfounded claims of widespread voter fraud, even as courts in several states have struck down numerous legal challenges claiming such fraud.

Congress returned to a lame-duck session on Monday, but turmoil surrounding the election outcome is frustrating negotiations on several critical pieces of legislation.

“There are talks happening. There’s discussions going on,” Jones said, speaking to APR on Thursday. “But there is so much turmoil right now with regard to transitions and the President’s actions, and the refusal of most Republicans on Capitol Hill to even acknowledge the outcome of the election.”

Congress has until Dec. 11, when a current continuing resolution expires, to pass massive spending measures or face a possible government shutdown. Also hanging in the balance is whether Congress will approve the National Defense Authorization Act, which Trump has threatened to veto because both House and Senate versions would rename bases named for Confederate leaders.

“It will be difficult to get things done, and we’re still working on appropriations, the NDAA, but it is difficult to deal with that kind of package while all the other chaos is going on right now. That’s just the best way I can describe it,” Jones said.

Jones said he’s hopeful that Congress can pass the spending measures without having to pass another continuing resolution, “which I hope we do not do.”

Biden on Monday announced the members of his coronavirus advisory board, making clear his first priority will be the growing COVID-19 surge.

“The challenge before us right now is still immense and growing,” Biden said on Monday. “And although we are not in office yet, I’m just laying out what we expect to do and hope can be done, some of it between now and the time we are sworn in.”

“There’s a need for bold action to fight this pandemic. We’re still facing a very dark winter. There are now nearly 10 million COVID cases in the United States. Last week we topped 120,000 new cases on multiple successive days,” Biden said. “Infection rates are going up. Hospitalizations are going up. Deaths are going up. This crisis claimed nearly a thousand American lives a day, nearly 240,000 deaths so far. The projections still indicate we could lose 200,000 more lives in the coming months before a vaccine can be made widely available.”

Dr. Jeanne Marrazzo, director of UAB’s infectious disease division, told reporters on Wednesday that Alabama is “definitely slipping back down that precipice” and that new cases, hospitalizations and deaths statewide are beginning to return to the state’s July surge levels.

Asked if the best chance at passing another round of COVID-19 aid will come after Biden takes office on Jan. 20, Jones said “it may be.”

“I Hope Not. I hope that as this thing goes from day to day, that there will be more folks that will step up,” Jones said. “As the election becomes clearer in the states. I think it’s pretty dang clear anyway, but as it becomes even more clear, that cooler heads can prevail, put the partisanship aside, and that will give us some opportunities.”