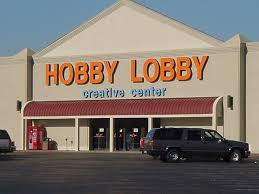 On Monday, June 30 the United States Supreme Court struck down Obamacare rules which stripped employers of their religious freedom not to fund health insurance plans which provides services including abortion drugs and sterilizations that are contrary to their religious beliefs.  Craft supply seller, Hobby Lobby, which is owned by Christians, faced hundreds of millions of dollars in fines for their defiance of the Administration of Barack H. Obama.

Alabama Attorney General Luther Strange praised today’s U.S. Supreme Court decision in Burwell vs Hobby Lobby.  Strange said in a statement that the ruling protects family businesses from government mandates that violate their religious beliefs and that the high court’s ruling is a victory for the free exercise of religion.

AG Strange said, “As Attorney General of Alabama, I was proud to stand shoulder to shoulder with Hobby Lobby in opposing the contraception coverage mandate which violates the most deeply held religious beliefs of business owners.”

The Speaker of the Alabama House of Representatives, Mike Hubbard (R) from Auburn said on Facebook, “Glad the Supreme Court sided with religious liberty and the First Amendment in the Hobby Lobby decision. And this case further shows that Obamacare is an unworkable mess that threatens our rights.”

AG Strange said, “Alabama has a history of safeguarding our freedom of religion. In 1998, we were the first state to amend our constitution through popular referendum to forbid the state from burdening the free exercise of religion unless there was no other way to accomplish a compelling state interest.  If the federal government believes free contraception is vital, then surely it can find another way to implement it than by forcing family businesses and religious broadcasters and others to violate their religious beliefs.”

In October 2013, the state of Alabama joined a separate lawsuit on behalf of Irondale, Alabama-based Eternal Word Television Network (EWTN) against the U.S. Department of Health and Human Services over the Obamacare contraceptive coverage mandate.  EWTN is represented by the Becket Fund for Religious Liberty.  EWTN is the largest Catholic media company in the world – could face $10 million in fines for failure to comply with the Obamacare mandate. Earlier this month an Alabama federal circuit judge ruled against EWTN, and Attorney General Strange announced the State of Alabama would continue to stand by the religious broadcaster through the appeals process.

It is hoped that today’s decision will help EWTN in their case against the assault of their religious liberties by the Obama administration.

The Counsel for The Becket Fund for Religious Liberty, Adele Kim told Fox News, “Today is a great day for religious liberty.”

Justice Samuel Alito wrote in the majority opinion that the religious objections cited by Hobby Lobby were legally legitimate, under a law that bars the government from taking action in certain cases that “substantially burdens” freedom of religion.  Alito said the fines that could run up to $475 million per year if they did not comply with the ObamaCare rules were a substantial burden.  Alito wrote, “If these consequences do not amount to a substantial burden, it is hard to see what would.”

The Supreme Court challenge was brought by Oklahoma City-based Hobby Lobby and a furniture maker in Pennsylvania, Conestoga Wood Specialties Corp. The for-profit businesses challenged the requirement in the Affordable Care Act that employers cover contraception for women at no extra charge among a range of preventive benefits in employee health plans. Dozens of other companies have raised similar objections to the Obamacare mandates written after the law was passed by Obama’s Health and Human Services Administration (HHS).