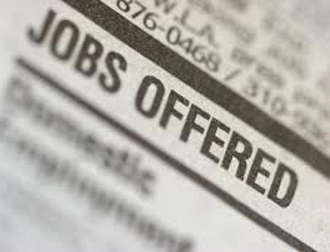 WASHINGTON, D.C. – A nationwide breakdown of job growth released last week by the US Department of Labor confirms that states which have increased their minimum wages this year have seen a greater hike in new jobs since January.

On average, states who lifted their minimum wage effective this year – thirteen in total – had about a fifth of a percent higher increase in the number of new jobs created in the last six months. States with an increased wage saw job numbers improve about .81 percent, as opposed to just .61 in states with no such legislation. Twelve of the thirteen higher minimum wage states saw positive job growth, with the other seeing no change in employment.

This report may come as a bit of a surprise to some in Alabama, where GOP legislators and political pundits have long attacked policies like an increase in the minimum wage as job killers – a fact that John Schmitt, an economist as the Center for Economic and Policy Research pointed out in light of the new Labor Department numbers:

“[The data] raises serious questions about the claims that a raise in the minimum wage is a jobs disaster,” he explained.

Other economists like Stan Veuger of the American Enterprise Institute, have said there may not be enough information to make any conclusions just yet.

“It’s too early to tell,” Veuger said of the statistics. “These states are very different along all kinds of dimensions.”

Schmitt, who supports state level minimum wage laws said, however, that while it “isn’t definitive” due to only six months worth of data, the new report is “probably a reasonable first cut at what’s going on.”

Alabama State Representative Darrio Melton, D-Selma, sponsored a bill in this year’s legislative session that would have increased the Yellowhammer State’s minimum wage from the federal minimum in annual increments, ultimately reaching $9.80 over three years.

While the legislation did not gain any traction with the Republican Supermajority this year, it garnered National attention in light of an effort led by President Obama to raise the wage federally, and, according to Rep. Melton, it started a conversation that is crucial to the fiscal future of Alabama. Now Rep. Melton is pointing to the new Labor Department report, saying it is “real evidence” showing the importance of a living wage.

“We are in an economic crisis in Alabama,” the Selma Democrat told APR yesterday evening. “We are one of only give states to suffer from a shrinking economy last year and we are gaining jobs at a rate slower than every state except Alaska. During such a critical time, we can’t afford to play politics with our state’s economy or with the well being of our working men and women. There is real evidence that a minimum wage will help our state recover. We can’t afford to let the Republican supermajority and the business council of Alabama rule out any real options for recovery. It is my hope that Alabama isn’t last on increasing our minimum wage.”

Of the 13 states who increased their minimum wages this year, nine did so automatically to reflect inflation: AZ, CO, FL, MO, MT, OH, OR, VT, and WA. Only four – CT, NJ, NY, and RI – do so through independent minimum wage legislation.

The current federal minimum wage is $7.20, an hourly figure which Alabama adopts by legal default.

Despite that, and the fact that twenty seven other states default to the federal standard, Rep. Melton seems to have been right about one thing – the conversation has started: 38 states considered minimum wage hikes this year, the most ever according to the National Conference of State Legislatures. And, in addition, at least 16 states will increase their wage beginning next year.

During the late summer, it was revealed that Alabama’s economy set records for the number of people employed along with the lowest unemployment rate...