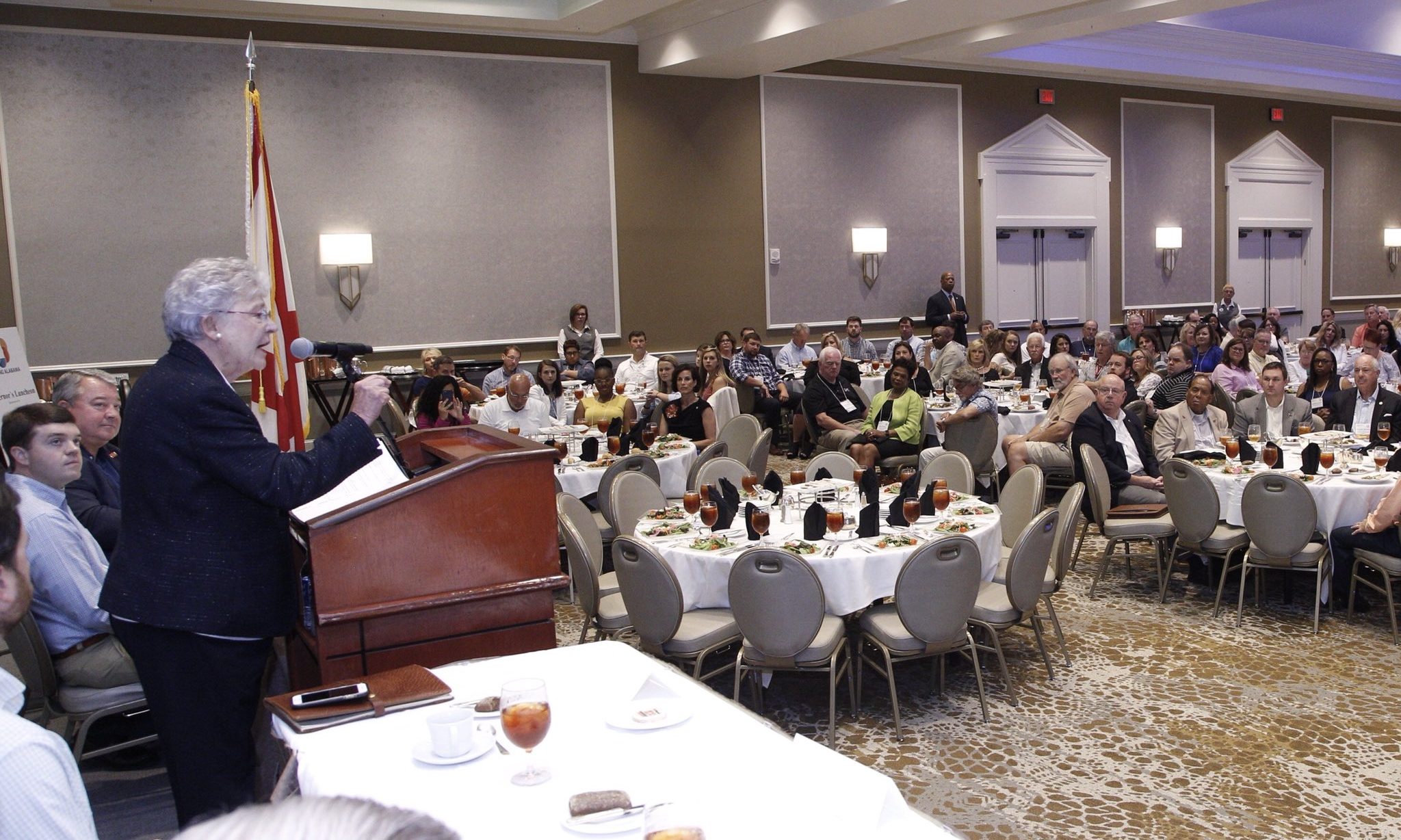 Monday, Gov. Kay Ivey addressed the Economic Development Association of Alabama at their annual convention in Point Clear’s famed Grand Resort. Ivey said that her administration is serious about restoring trust in government and putting people back to work.

“Effective economic development is essential,” Gov. Ivey told the economic developers. “Your work is very critical to the success of this great state. A leader can only be as good as the team that surrounds that leader. I am so proud to have each and every one of you on my team. You help make Alabama successful.”

“We have experienced the lowest unemployment rate in our state’s history and have more people working with a good, livable wage than ever before,” Gov. Ivey continued. “Each of you are a key part of this success. We have the best workforce, CEOs, but be sure to know that we are improving our education and our training so that our existing workforce, much less those that are coming through the pipeline, will be prepared for the jobs that require higher skills. We are serious about restoring trust in government and putting our people back to work and know that a good education is part of that equation.”

“Momentum is on our side,” Gov. Ivey concluded. “I want Alabama to be every company’s first choice for their location.”

Prominent economic developer Nicole Jones told the Alabama Political Reporter, “Through collaboration and leadership, Alabama has fostered an environment conducive for economic growth. Governor Ivey, the Alabama Department of Commerce, and thousands of members of the public and private sector work daily to make Alabama a place where a myriad of industries can grow and prosper.”

“The EDAA Summer Conference provides an opportunity for economic development professionals from our 67 counties to learn and share best practices.” Nicole Jones continued. “We are making history in the state of Alabama. When members of a community have the opportunity to collaborate, cities and towns are built.”

Jones said that this was one of the most attended EDAA conventions to date.

Sec. Canfield said that Alabama EPSCOR is putting together a searchable database to help economic developers and site selectors. The database will include all of the research both at the universities as well as private research operations like Hudson Alpha and the Southern Research Institute.

Canfield said that he is optimistic going forward because education at all levels is now aligned with workforce development.

Unemployment in Alabama has dropped to 3.9 percent. Ivey is running for governor in November largely on her record as a job recruiter and economic development. Ivey faces Tuscaloosa Mayor Walter “Walt” Maddox (D) in the November 6 general election.

The Economic Development Association of Alabama (EDAA) is a membership-based organization focused on promoting economic growth in Alabama. Economic Development professionals throughout the state, along with individuals and companies in related fields, work together with the EDAA staff and board of directors to help positively influence state legislation and industrial growth within the state.