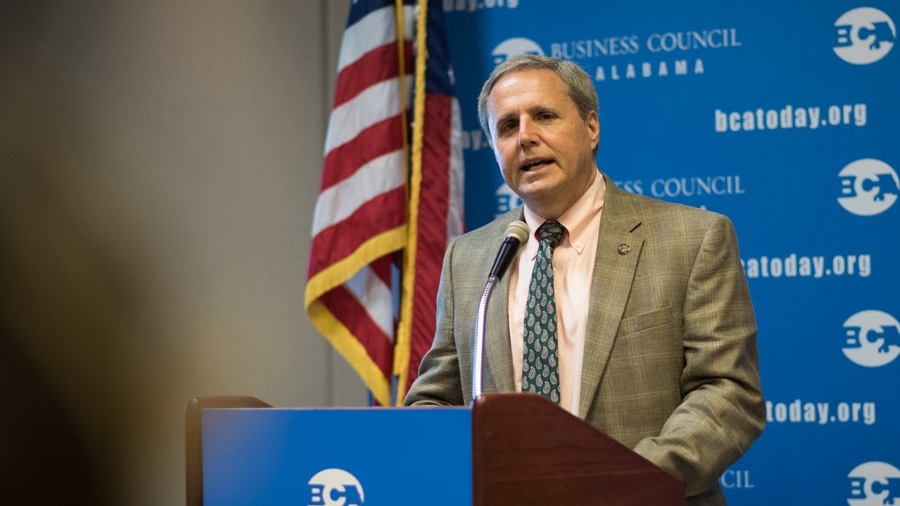 Whips, which are utilized by most caucuses and legislative bodies around the world, are tasked with conducting vote counts on major issues and legislation and with relaying members’ thoughts and concerns to the House leadership.

“In order to be effective, a majority whip must possess three important qualities – exceptional organizational abilities, strong leadership skills, and the complete trust and confidence of their fellow Caucus members,” Ledbetter said. “Danny Garrett defines each of these qualities, and we are grateful for his willingness to serve in this role as Republicans continue our effort to fundamentally reform how state government in Montgomery operates.”

Garrett said he looks forward to filling his new position and pledged to work hard in helping carry out the House Republicans’ conservative agenda.

Garrett was elected to the Alabama House in 2014 to represent District 44, which includes the Trussville, Clay, and Pinson areas of Jefferson County. He currently serves as vice chair of both the House Ways and Means Education Committee and the House Education Policy Committee.

Garrett has worked for over thirty years in the steel, rail and bus manufacturing industries and has served as chief financial officer for two public corporations and a family-owned business.

Garrett previously served as vice president of the Trussville City Schools Board of Education. He is a former board member of Independence Place, a faith-based organization meeting the social and recreational needs of young adults with exceptional needs; and served on the board of visitors for the University of Alabama’s Culverhouse College of Commerce.

Republicans have a commanding supermajority of 77 to 28 in the Alabama House of Representatives, the largest GOP majority in state history.