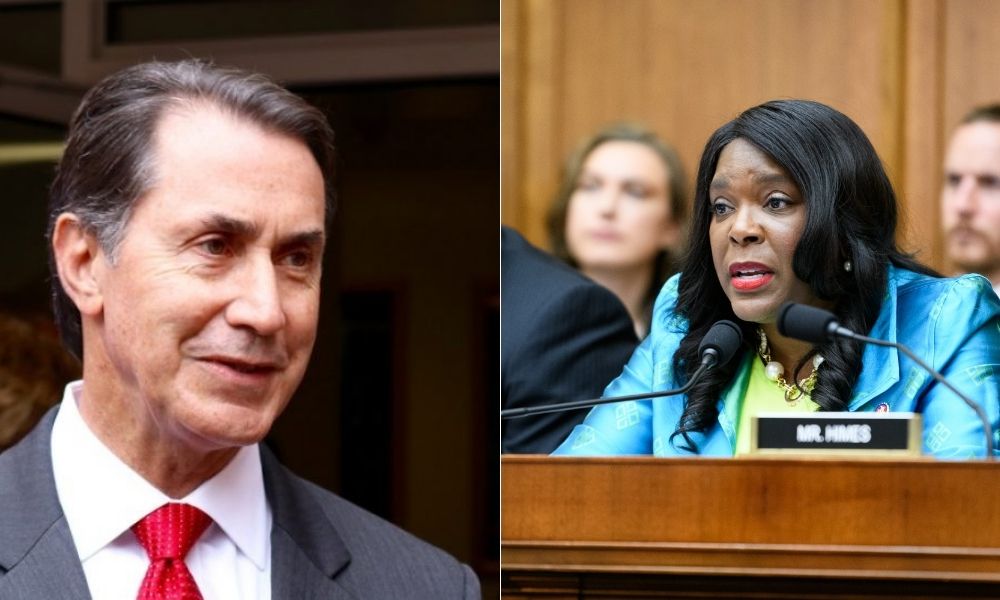 Sewell applauded the passage of the William M “Mac” Thornberry National Defense Authorization Act for Fiscal Year 2021. Sewell was selected by House Speaker Nancy Pelosi, D-California, to serve on the conference committee tasked with working out the differences between the House and Senate versions of the NDAA.

This bipartisan, bicameral bill complies with the bipartisan budget agreement and authorizes $732 billion in discretionary spending for national defense for FY 2021.

“Alabama is home to so many talented men and women who play a critical role in our national security, from Maxwell Air Force Base and the 187th Fighter Wing in Montgomery, to the shipbuilding industry in Mobile and missile defense in Huntsville,” Sewell said. “I am proud to have represented our state in conference between the House and Senate. The bill the House passed today is reflective of our American values and authorises numerous programs critical to our national defense. If President Trump follows through with his threat to veto this bipartisan, bicameral bill, I urge my colleagues in both the House and Senate to work together to override his veto to ensure Americans remain safe at home and abroad.”

Palmer also voted for passage of the NDAA.

“It is critical that we continue to fund and strengthen our military, especially at this crucial time when China in particular is an ever-growing threat,” Palmer said. “This legislation is substantially different from the bill that passed in the House earlier this year. It will aid instead of bring harm to our troops, and it provides needed stability for our military. There is obviously still room for some reforms, such as maintaining instead of eliminating the Chief Management Officer position and evading budget caps through OCO, but these aspects are insufficient to warrant opposition.”

The NDAA passed the House 335 to 78. The Senate is expected to vote on the bill before the end of the week.

Sewell highlighted a number of provisions in the NDAA insisted on by House Democrats.

There is a provision that alters or removes all names and symbols honoring the Confederacy or those who served voluntarily for the Confederacy from all Department of Defense assets: The conference report establishes an independent commission to make binding recommendations to the secretary of defense for this purpose.

President Donald Trump has threatened to veto the NDAA over the inclusion of this provision. The conference report authorizes a 3.0 percent increase in basic pay for members of the armed services.

The conference report authorizes the secretary of defense to standardize payment of hazardous duty pay for the uniformed services, including the members of the Guard and National Reserve. It also increases Hazardous Duty Pay from $250 to $275 per month.

The conference report does not authorize any backfill of military construction funds taken for the president’s border wall.

The conference report takes several steps to improve military housing, including updating minimum health and safety standards for all military base housing, repealing a provision that currently allows DOD to place families in substandard housing units, and requiring DOD to implement Comptroller General recommendations for improvement of military family housing.

The bill also includes several provisions authored by Sewell, and those important to the 7th Congressional District. These include: authorizing $8.73 billion for 93 F-35 Joint Strike Fighters, for modernization of the Air Force, Navy and Marine Corps fighter fleets. Montgomery’s 115th 187th Fighter Wings are scheduled to receive the F-35A in 2023.

The bill establishes a chief diversity officer of the DOD and a senior advisor for diversity and inclusion for each military service, including the Coast Guard; requires the DOD inspector general to establish a mechanism to track and report supremacist, extremist and criminal gang activity in the Armed Forces; requires questions regarding racism, anti-Semitism and supremacism be incorporated into DOD surveys; and requires a briefing on which surveys they will be included in.

The NDAA also includes the Elijah Cummings Federal Employee Anti-Discrimination Act, passed by the House in January 2019, which strengthens equal employment opportunity protections for federal employees and strengthens prohibitions against discrimination and retaliation against whistleblowers.

The NDAA authorizes $20 million for Historically Black Colleges and Universities and Minority Institutions. It also requires the secretary of defense to partner with minority institutions of higher education to diversify the participants in the DOD’s Science, Mathematics, and Research for Transformation (SMART) Defense Education Program. It also establishes a mentoring and career counseling program at DOD with the goal of having the diversity of the population of officers serving in each branch reflect the diversity of the population of each armed force as a whole.

Democrats also got a provision requiring a report on the implementation of provisions from the FY2020 National Defense Authorization Act related to installation master planning, updates to the Unified Facilities Criteria (building codes), sea-level rise modeling, and climate assessment tools.

The NDAA establishes an alternative fuel vehicle pilot program that will require the military department to expand its use of alternative fuel non-tactical vehicles to increase the use of hybrid and EV vehicles. The NDAA requires DOD to invest in research and development of advanced water harvesting technologies that would aid in addressing water security issues in areas impacted by drought due to climate change and requires the military services to assess their water use at installations in regions experiencing water scarcity, maximize use of landscaping practices that reduce water usage and improve their water conservation.

It also requires DOD to submit a report on its greenhouse gas emissions for the last 10 years within 180 days of enactment.

The NDAA expresses the sense of Congress strongly reaffirming the U.S. commitment to the NATO alliance and urging further cooperation with NATO on shared challenges such as the COVID-19 pandemic. It enhances authorities for the DOD to engage with our closest allies and partners, including those in the National Technology and Industrial Base (United States, United Kingdom, Canada and Australia) to ensure secure sources of materials critical to U.S. national security.

The NDAA prevents reduction in the number of U.S. forces stationed in Germany below 34,500 until 120 days after the secretary of defense submits an assessment and planning regarding the implications for allies, costs, military families, deterrence and other key issues. It also expresses the sense of Congress emphasizing the value of U.S. forces in Germany and the U.S.-German alliance.

The NDAA establishes yearly reporting on any “bounties” or other attempts by the Russian Federation, its agents, or proxies to encourage or support attacks against U.S. troops or personnel in named operations or combat.

The NDAA increases accountability of funds expended for DOD clandestine activities to support operational preparation of the environment and requires a report on foreign malign influence campaigns on social media platforms targeting elections for federal office.