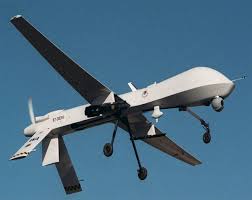 MONTGOMERY—”This is developing into the greatest innovation for aeronautics since the invention of the jet engine.” Those were the words spoken last week by former senior Federal Aviation Administration (FAA) official John McGraw during the latest meeting of Governor Bentley’s Unmanned Vehicle Systems (UAS) task force.

John McMillan, Commissioner of Agriculture and Industries, is chairing the task force and is confident the task force is close to completing its assessment and will report January, 2015.

The task force has been working diligently to take comments and hear concerns from interested parties, study the best practices of other states, and determine how best to move forward for the benefit of their respective sectors, such as transportation & engineering, law enforcement & first responders, education & research, agriculture & forestry and public utilities.

The task force has already recognized ample benefits and uses for both law enforcement and agriculture based industries.

Law enforcement agencies in Northport and Mobile are using UAVs for first responder incidents and they are encouraged by the results.

Farmers can easily assess soil conditions, as well as application of fertilizer and pesticides. They also are able to track cattle in grazing lands as well as efficiently herd cattle and sheep.

While agriculture and law enforcement are sure to benefit, others may also utilize the technology.

Commissioner McMillan said, “law enforcement and farmers won’t be the only beneficiaries of the emerging industry. The economic benefits hold tremendous potential for Alabama, especially for small and emerging businesses who want to take advantage of this new technology.”

Acknowledging the potential impact on Alabama’s economy, last legislative session, the Alabama House passed a resolution calling for the federal government to designate Huntsville as a UAS research and training facility.

Currently Alabama isn’t scheduled to be one of them, but Huntsville remains the state’s leading area to take advantage of UAS technology.

McMillan said, “not only will UAV’s help to make agriculture, forestry, public utilities and other industries more cost-efficient and profitable, but we have an aeronautics and space sector in North Alabama that could be the hub of UAS development and manufacturing. It’s a win-win proposition for Alabama.”

However, some have concerns over the potential impact on privacy rights and think those concerns outweigh any potential benefits.

Understanding those worries McMillian said the “report will address the concerns of legislators and state regulators who want to protect the public from unwarranted intrusion. We have, of course, to follow the FAA’s lead in some respects because they have dealt with this issue for over a decade and they have jurisdiction in several key areas, such as licensing. The State of Texas has taken the lead with legislation that appears to be the model for how states should address the other issues concerning UAS operators, especially regarding privacy.”

In a world with a camera seemingly on every corner and personal information being bought and sold from vendor to vendor, it’s easy to understand why some may be apprehensive about the new technology and its impact on privacy rights, but those fears may be overblown. Governor Bentley, Commissioner McMillan and the task force have demonstrated that they are committed to protecting our citizens while utilizing this technology in a way that benefits Alabama’s economy.