MONTGOMERY — Gov. Robert Bentley’s attorney is attempting to stop or delay hearings and the release of a written report from the special counsel of the House committee charged with making a recommendation on the Governor’s impeachment.

Ross Garber, Bentley’s lawyer, filed an emergency request with the House Judiciary Committee Thursday requesting the committee reject the procedures proposed by the committee’s special counsel, Jackson Charman, which was delivered to the committee, the Governor and made public Tuesday.

At a press conference at the Alabama State House on Thursday, Garber said the Governor would not be afforded necessary due process protections in Sharman’s proposed procedures. Garber said Sharman, a private attorney hired by the Committee to conduct a private investigation of Bentley for possible impeachment, had “seized control” of the process and had taken it “off the rails.”

“You couldn’t make up a more bogus process if you tried,” Garber said.

Sharman’s procedure, if approved by the Judiciary Committee, would set a rapid-fire schedule of presentations, hearings and votes that would begin on April 7 when Sharman would file a written report of his investigation with the Committee, the Governor’s Office.

The report on Bentley and any wrongdoing related to a relationship with his former top political aide, Rebekah Mason, would also be made public to the press.

Three days later, hearings would begin before the Committee, during which the special counsel would present evidence, purportedly against Bentley, and Bentley’s attorney would present his defense.

The problem, Garber said, is not only the short, three-day notice but also the Governor’s lack of access to evidence and possible charges before the hearings begin.

Garber said the Governor’s attorneys should be able to review evidence and should be given a list of impeachable offenses before hearings begin — just as a defendant in a criminal case.

The procedure, Garber wrote in the emergency motion, would “result in an unprecedented deprivation of due process and a radical departure from basic principles of fairness and comity for a co-equal branch of Alabama government.”

Garber is asking the Committee for a hearing on his motion next week.

The release of Sharman’s letter highlighted a tentative impeachment schedule that would set a vote by the full House on impeachment articles in early May, after almost of year of back and forth over the question.

Bentley has been under fire from lawmakers and portions of the media since an alleged sexual relationship with Mason became public in March 2016.

Since then, lawmakers have been putting increasing pressure on Bentley, who has also been accused of using State funds and resources to facilitate his relationship with Mason.

Sharman emphasized in his letter Tuesday that the impeachment schedule is still up in the air because the Governor’s Office may pursue legal action against the Committee’s procedures, over the same issues raised in Garber’s press conference Thursday.

“There are a number of variables, internal and external, that could have an impact on this schedule,” Sharman wrote in his letter to the Governor’s Office on March 23. “In addition, you have indicated that the Office of the Governor, Governor Bentley personally, or both, may file a lawsuit. Obviously, litigation could change any schedule.”

The impeachment process, which has never been used against an Alabama governor, has endured several phases intense rapidity and, conversely, utter stalemate. Lawmakers have been making up the rules as they go because the Alabama Constitution, though rarely concise, is nearly mute on the topic of impeachment.

After several members of the House introduced articles of impeachment against the Governor in April 2016, the Committee held numerous hearings, even going so far as to subpoena the Governor and Mason.

The attempt to subpoena the pair was to little avail, and a few weeks later, then-Attorney General Luther Strange asked the Committee to suspend their hearings because his office was conducting other “necessary related work” that could overlap.

Committee Chairman Mike Jones, R-Andalusia, agreed to the pause in November and the investigation sat nearly motionless until March 9, when the Committee gave Sharman the go-ahead to continue his investigation.

Following the release of the written report early next month, the Committee would spend the next month deliberating on the report, hearing testimony from witnesses, one of which may be the Governor himself.

The Committee could vote on sending a report to the full House as soon as May 1, keeping the schedule in line with earlier promises to settle the impeachment question by the end of the 2017 Legislative Session.

Depending on the outcome of the Committee’s vote on their report, the House could vote on impeaching Bentley as soon as May 9. If the House chooses to vote affirmatively on an impeachment, the Governor would immediately be suspended from his office, leaving Lt. Gov. Kay Ivey as the State’s temporary Chief Magistrate.

Bentley would remain suspended until he is removed or acquitted by the Senate, which would likely convene in a special session to hold a trial.  Under an amendment passed in November 2016, two-thirds of the Senate would have to vote to remove the Governor, otherwise, he would return to his job.

The battle over due process also comes at a time when another criminal investigation of the Governor may soon be coming to a close.

The Alabama Ethics Commission is set to meet on April 5, two days before Sharman’s report would be made public if the schedule is approved, to discuss ethics complaints filed against the Governor last year by one of his harshest critics, State Auditor Jim Zeigler.

If the evidence submitted at the meeting shows probable cause, a vote by the Commission could move the matter forward to the Attorney General’s Office or the appropriate District Attorney for presentation to a grand jury.

In total, Bentley could be under up to three criminal investigations in addition to the House’s political impeachment investigation, which could easily remove the Governor from his office. 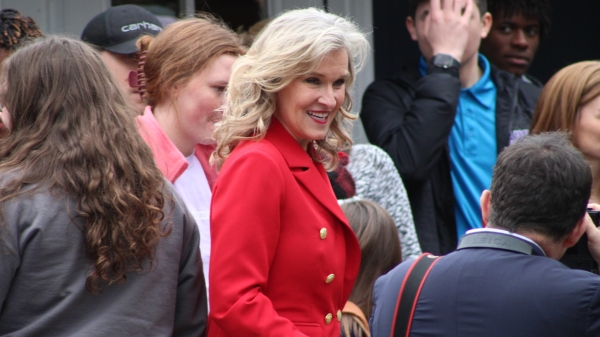