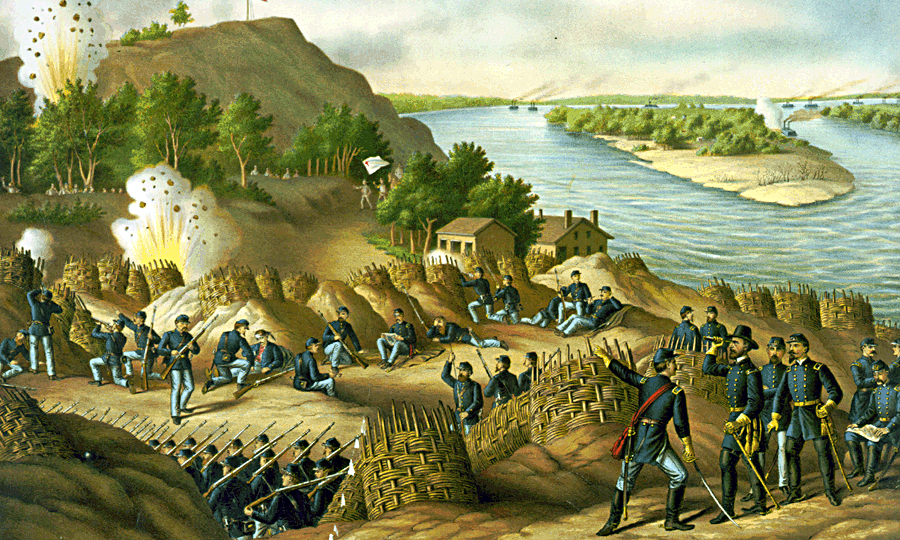 Prior to the Union victory at Vicksburg, supplies including Texas beef and Louisiana molasses and salt were key supplies feeding the Confederate war effort. Those supplies were cut off for the remainder of the war gravely affecting the South’s ability to keep its armies in the field supplied. Meanwhile the victory turned the Mississippi into a Union highway. They could ship men, ammunition and supplies to their forces campaigning in the South in quantity by steamboats.

An effort to take the city by Admiral David Farragut, following his victory at New Orleans, had failed in July 1862, though the city was shelled for a month. A campaign under Grant also ended in defeat in December 1862 when Confederate forces cut off his supply lines. Grant spent the winter trying to dig a canal to reroute the Mississippi to take it out of range of Vicksburg’s guns. A dam failed flooding that project. Union efforts to dredge the flooded half-finished canal ended in failure when the dredging ships were in range of Confederate guns in March 1863.

The eventual victory was the culmination of a six-week campaign by Grant. Grant used a deep raid through Mississippi by Colonel Benjamin Grierson to distract Pemberton. While Pemberton was dispatching forces to counteract the raid deep into the state, Grant, who had marched his Army of Tennessee South through Arkansas. crossed the river 30 miles south of the town. Pemberton expected Grant to march his army north back upriver to attack Vicksburg. Instead Grant sent his army east and took Jackson, the capitol of Mississippi. After quickly dispatching the forces that attempted to thwart his advance on Jackson, Grant took the capitol on May 14, cut the telegraph lines that connected Pemberton with the rest of the Confederate leaders, destroyed a number of factories, and burned the rail lines that supplied Pemberton and Vicksburg. Confederate General Joe Johnston and his army fell back from the capitol.

Rather than occupying Jackson, Grant turned his full force back towards Vicksburg. He defeated Pemberton at Champion Hill on May 16. Pemberton narrowly avoided disaster there; but was able to fall back on Vicksburg where his men began digging trenches and building forts.

Grant’s army followed closing Vicksburg and Pemberton off from the outside world while the Union’s fleet of ironclads attacked the city from the river. Grant ordered a full frontal assault on Pemberton’s positions on May 19; but that assault was repulsed with heavy Union casualties. Grant launched an even bigger assault over a wider front on May 22; but was met with similar results. Grant then settled into a long protracted siege. Grant’s forces lobbed over 22,000 shells into the city during the siege. Soldiers and civilians alike dug caves to hide from the shelling.

Pemberton had no reinforcements coming and he was rationing what food his army had left. With his army starving, Pemberton asked to negotiate with Grant on July 3, 1863. On July 4 the nearly 3-,—surviving 30,000 surviving men of Pembroke’s Army of Mississippi surrendered at Vicksburg after they and the civilian inhabitants of the small Mississippi town had endured a grueling ordeal.

It was a huger victory for Grant and the Union; but it was overshadowed somewhat in the press by General George Meade’s defeat of General Robert E. Lee’s Army of Northern Virginia at Gettysburg, Pennsylvania the day before.

To see a short movie about the Vicksburg campaign:

(Wikipedia and the National Battlefield Trust were consulted in the writing of this article.) 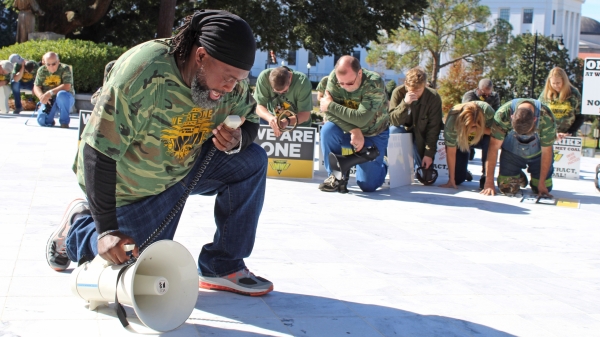