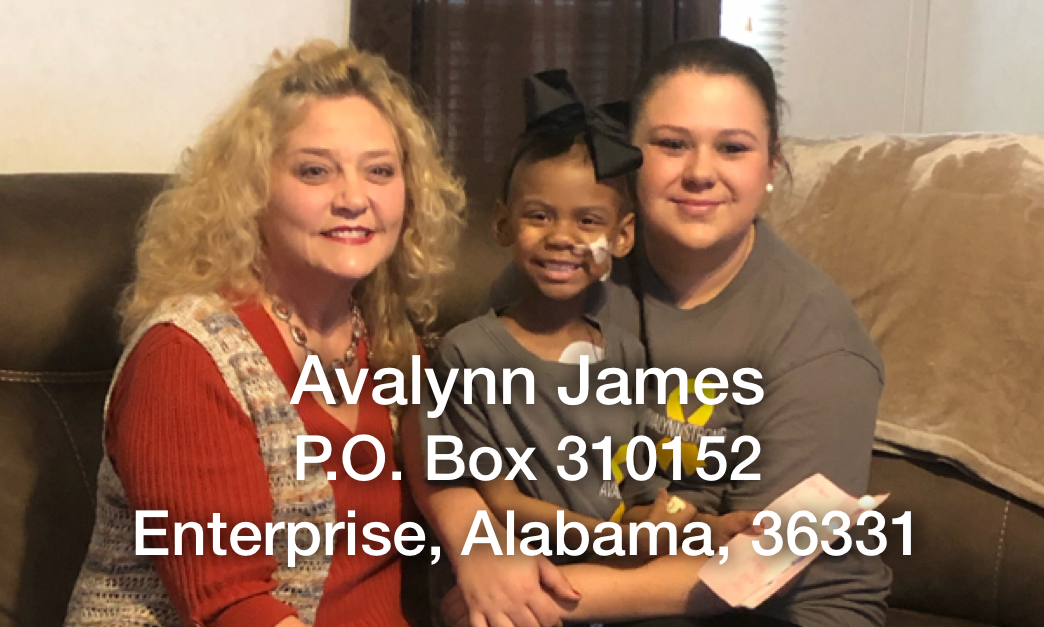 Today is Giving Tuesday, when Americans are encouraged to give to their favorite charity. Congressional candidate and former State Rep. Barry Moore, R-Enterprise, is using today to draw attention to Ayalynn James, who is this year’s Cards for a Cause campaign recipient.

Moore has challenged the other congressional candidate in Alabama’s 2nd District and Alabama’s elected officials to join him in supporting James on this Giving Tuesday. James suffers from neuroblastoma.

James is a 4-year-old Enterprise native who suffers from neuroblastoma. Despite a year of surgeries, chemotherapy, and treatments her cancer has returned. She and her family will be traveling to Michigan for care there with a neuroblastoma specialist.

Moore has been working with James’ family to help arrange insurance coverage for Avalynn’s treatment in Michigan. This appears to have been settled, but the family is struggling with the costs of traveling to Michigan with Ayalynn. Barry Moore has now challenged Alabama’s elected officials and candidates to send a Christmas card with a single dollar inside to Avalynn to help her family to show their support for her on Giving Tuesday.

“Avalynn is a four-year-old girl from Enterprise who’s battling a very aggressive type of cancer,” Moore said. “Her family had reached out to us for help. We’ve been able to secure her insurance coverage for her treatments there, but the family is still struggling with the other costs of her treatment.”

“We’re asking you to send this child a Christmas card with a dollar bill in it,” Moore said. “If we can get 3,500 people to send her a card, that’d go a long way in getting the family up there. Let’s fill her living room with Christmas cards, with love and prayers and support to help this family. Let’s do what we can to show the love of this community and state for this family. This Giving Tuesday, I’m challenging every elected official and candidate for office in Alabama to join me in sending a card with a single dollar to Avalynn. Let’s work together to help this girl and her family have a Christmas miracle.”

Cards for a Cause was founded by Angie Adams after she lost her son to cancer. She discovered how meaningful cards can be to seriously ill children. The cards remind sick kids that they are not alone in their battles, and donations help offsets costs to the family. Avalynn is this year’s Cause recipient.

Barry Moore is running for the Republican nomination in the open Second Congressional District.

Moore served in the Alabama Legislature representing District 91 from 2010 until 2018 and was named Most Conservative Legislator by the Yellowhammer News during his tenure there. He was a candidate for the Second Congressional seat in 2018 in a crowded field challenging Roby.

Moore was an Alabama at-large Trump delegate to the 2016 Republican National Convention and has openly expressed his support for President Trump’s agenda, including building the border wall. Moore is the only Veteran qualified in the AL-2 race. In 1998, Moore and his wife Heather founded Barry Moore Industries (BMI), a waste disposal company that he continues to own and operate. He has a B.S. degree from Auburn University.

Barry and Heather have been married for 27 years. They have four children.