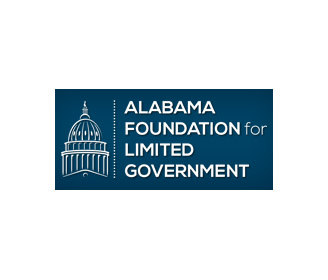 MONTGOMERY—Recently, the Chairman of the Alabama Republican Party, Bill Armistead, sent out a Statewide press release criticizing the Alabama Foundation for Limited Government.

Under the heading of “ALGOP Chairman Blasts Foundation for Limited Government for Dirty, Potentially Unlawful, Political Tricks,”  the article claims that Armistead made unfounded accusations against the organizations.

Alabama Political Reporter contacted John Rice the President of the Foundation to solicit his response to Armistead accusations.

“The Foundation for Limited Government believes, that corruption in Alabama’s government is rampant and during this important election season, the Foundation is calling attention to this vital problem that is destroying our state,” Rice said.

He went on to explain that the Alabama Anti-Corruption Pledge is a device that  elected officials and those running for office should use, to show their sincerity toward cleaning up the culture of corruption that has troubled our State for so many years.

“The Foundation is asking legislators across Alabama to pledge to back clean government,” said Rice.

Yet Armistead, who is supposed to represent the highest standards of the Republican Party, used smears and unfounded statements against the Foundation, saying, “The Alabama Foundation for Limited Government is skirting State campaign finance laws by establishing itself as a non-profit while blatantly attempting to influence the outcome of elections, and they haven’t reported a dime.” Armistead said. “Not only could this be a violation of state law, but it’s a shameful attempt to mislead Alabama voters.”

Rice responded by saying, “The statement by the Alabama GOP oversimplifies and clearly misstates Alabama law with respect to issue advocacy.  All of the activities of the Alabama Foundation for Limited Government are entirely lawful and under the laws of Alabama are not subject to campaign finance disclosure.”

As for Armistead’s accusation that the Foundation was trying to “shameful[ly] mislead Alabama voters,” Rice refused to dignify the attack.

Armistead did not quote law or statue, he merely framed an argument based on innuendo and fear.

Armistead has failed to answer any questions, including why he has tried to defame Rice, who has been a stalwart of conservative values for 30 years.

In fact, the laws that permit groups like the Alabama Foundation for Limited Government to keep private their donor list, are a product of the Republican Supermajority in the House and Senate.

It has been pointed out on several occasions that Armistead has not condemned secret foundations like Speaker Mike Hubbard’s Alabama House Republican Conference, Inc., a group which has taken hundreds of thousands of dollars from anonymous donors. However, their donors were made known when Rachel Adams spilled the secret list to the media.

Neither has Armistead sent out a press release condemning Senate President Pro Tem Del Marsh’s attempts to pass legislation allowing for a new type of PAC to PAC transfers.

The biggest question around Goat Hill has been, “Who got to Armistead and what did they promise him.”

As to Armistead’s questioning of the Foundation for Limited Government, Rice said, “The Alabama GOP should be thanking the growing list of Republicans, incumbents and challengers alike, who are signing this pledge, not fighting for the status quo of corruption.”