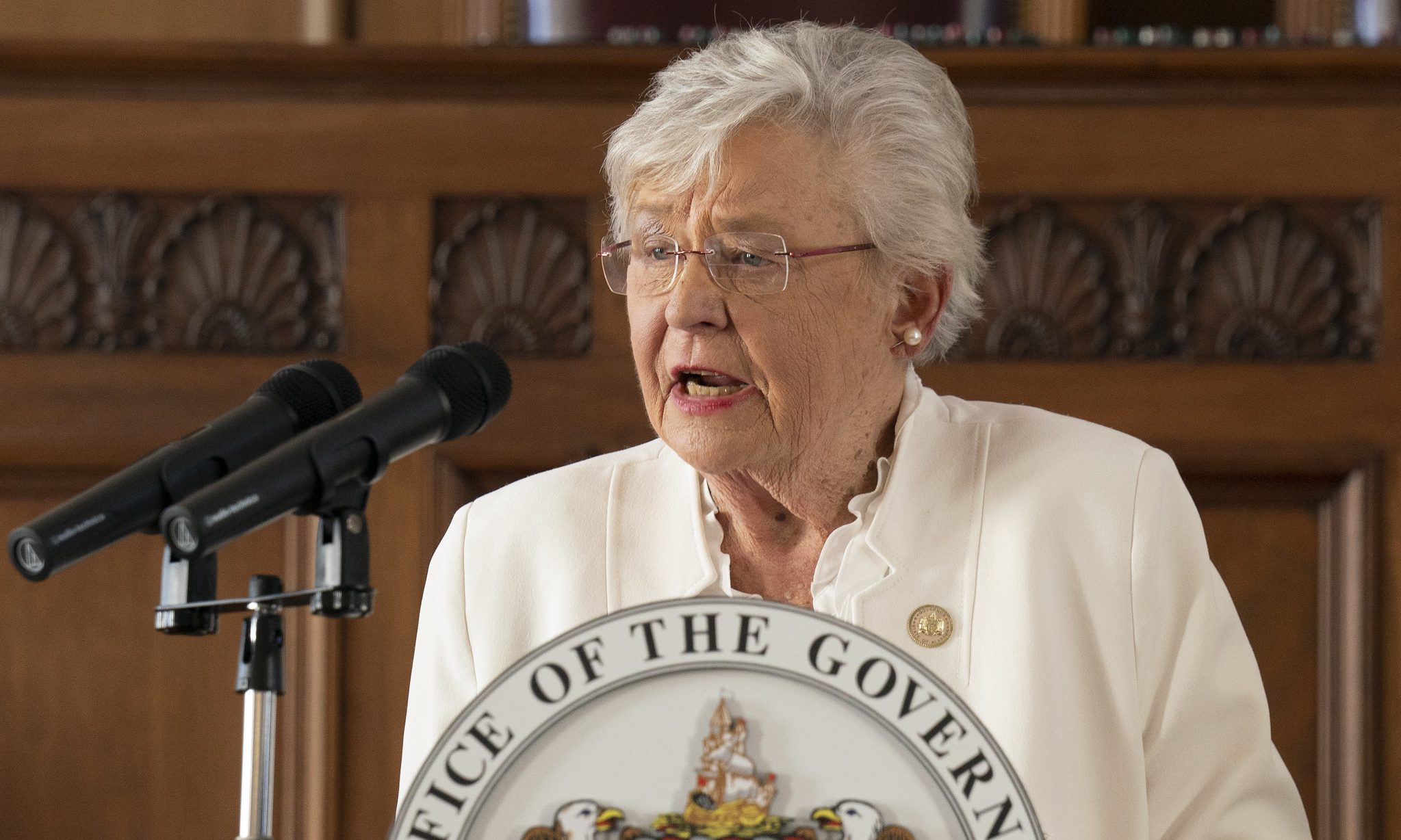 Alabama Gov. Kay Ivey on Wednesday extended her statewide mask mandate until Jan. 22 but said there are no other changes and no new restrictions on businesses — despite cases, hospitalizations and deaths surging across the state.

Ivey said that there’s been no discussion of more business restrictions among her or her team since May “because we’ve learned to live with the virus and incorporate precautions into our daily lives.”

“These are some of my darkest days since COVID-19 became a part of our daily conversations, and the rising number of new cases has put a strain on our healthcare system unlike any time in recent memory,” the governor said.

“I’m simply trying to urge you to use the common sense the good Lord gave each of us to be smart and considerate of others,” Ivey said. She also reiterated something she’s said before when discussing relaxing restrictions: “You can’t have a life without a livelihood.”

Ivey said during the briefing that Alabamians took care over the Thanksgiving holiday to prevent spread by eating outdoors or forgoing gatherings, but there’s little evidence that recommendations were widely adhered to, and Ivey didn’t provide any.

Dr. Kierstin Kennedy, UAB Hospital’s chief of hospital medicine, told reporters at a separate briefing moments before Ivey spoke that UAB’s medical intensive care unit is “full and has been for several weeks.” Administrators have been taking over other ICU’s in the hospital to make room for more COVID patients, she said, but added that “there will be limitations to that going forward as well.”

“We are having people that are having a lot of anxiety about if and when we get to a point where we have to choose who gets to go to the ICU and who doesn’t,” Kennedy said. “Fortunately, we’re not there yet, but with the way that numbers continue to climb, I think people are recognizing that that could come sooner rather than later.”

Kennedy said the hospital expects its current number of hospitalized COVID-19 patients to double in the next week, based on projections and growing daily cases following the Thanksgiving holiday.

Physicians statewide in recent days have expressed concern that the growing daily cases and rising hospitalizations will continue to increase as possible community spread during those Thanksgiving gatherings become more apparent this week and next.

Asked if she’d consider restrictions on public gatherings due to rising cases, Ivey said: “I have no plans to close Mardi Gras, for example … No. I don’t have any plans to limit folks.”

Ivey’s statewide mask order was set to expire Friday, just as the state is experiencing a surge in new cases, hospitalizations and deaths. Alabama on Tuesday saw a record number of hospitalized COVID-19 patients, and added 3,522 new cases and 43 deaths on Wednesday, bringing the state’s average of new daily cases over the last two weeks to a record-high 2,919. That’s a 58 percent increase from three weeks ago.

Alabama’s 14-day average positivity rate on Wednesday was also at a record high of 34 percent. Public health experts say it needs to be 5 percent or lower or there isn’t enough testing and cases are going undetected.

Alabama State Health Officer Dr. Scott Harris said during Wednesday’s briefing that “this is a very challenging time, and we’re looking at some pretty dark days for the foreseeable future.”

“If you had a 747 crash every month for the last 10 months, that’s about how many people we’ve lost in the past 10 months in our state,” Harris said.

Harris said hospital capacity is a concern for everyone, and that “these numbers can’t keep increasing like this. There’s clearly a limit.”

The latest White House Coronavirus Task Force State Report for Alabama, released Sunday, states that Alabama is seeing rising cases, hospitalizations and deaths, and the state’s positivity rate ranks 12th highest in the country. APR’s calculations put Alabama’s average positivity rate over the last week at 33 percent. Public health experts say it needs to be at or below 5 percent or cases are going undetected.

The report also notes that 91 percent of Alabama’s counties have moderate or high levels of community transmission, with 73 percent having high rates of transmission.

“Despite the severity of this surge and the threat to the hospital systems, many state and local governments are not implementing the same mitigation policies that stemmed the tide of the summer surge; that must happen now,” the report reads.

In addition to requiring masks be worn at all times in public, the task force recommends increasing physical distancing through a significant reduction in capacity or by the closure of public and private indoor spaces “including restaurants and bars.”

In April, Ivey decided to extend her “stay-at-home” order, which included closures of non-essential businesses and told reporters that “all of our decisions that I’m going to make are based on data — not a desired date.”

Ivey on Nov. 5 relaxed restrictions on businesses, including capacity limits inside retailers, entertainment venues and gyms, and eased social distancing requirements in restaurants, barbershops, salons and gyms, with restrictions.

Ivey on Dec. 3 said she had no plans for new restrictions on businesses, making the announcement to reporters on a day when the state also saw record-high new cases and hospitalizations.