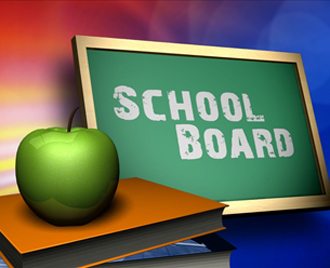 Republicans are jubilant at the easy passage of the Local Control School Flexibility Act, HB 84.  On Thursday, the Alabama House of Representatives took up the controversial legislation which would provide a process for local school boards to apply to have complex education laws waived when the local school board has a reasonable belief that waiving a particular regulation will improve educational performance.

Alabama Republican Party Chairman Bill Armistead said in a written statement, “Today, the status quo that has failed too many of Alabama’s children took a hit with the passage of the Local Control School Flexibility Act. This needed reform will allow local school systems the flexibility to create the best possible experience for their students.  It is based on a simple concept: no two students are the same and no two-classroom environments are the same, why would we continue to use a one-size fits all approach?”

Speaker of the Alabama House of Representative Mike Hubbard (R) from Auburn told Al.com, “This doesn’t automatically give flexibility to any school. But if they do come up with innovative things and they can make a case that they can better educate kids if they have flexibility, there’s an opportunity to have that.”

The Alabama Education Association (AEA) has bitterly opposed the legislation which they claim could lead to Charter schools and education employees eventually losing their tenure protections.

Chairman Armistead said, “The disinformation campaign waged by the Alabama Education Association union bosses in Montgomery is just more evidence to the fact that the AEA’s leadership is only concerned with maintaining the failing status quo.”

The bill’s sponsor, Representative Chad Fincher (R) from Mobile said, “The Local Control School Flexibility Act is a very important step towards education reform in Alabama.  In order for us to improve education in our state, we must encourage innovation in our schools.”

Rep. Jim Patterson (R) from Meridianville said on Facebook, “I’m proud to have worked with my Republican colleagues in passing this bill. It will expand opportunities for students and allow for an innovative learning environment in schools.”

Chairman Armistead concluded, “This central bill of the 2013 House Republican Caucus, We Dare Defend Our Right to Reform Education Agenda now moves to the Senate for consideration and I support its swift passage.  I am sure we can expect even more roadblocks in the coming legislative days by the AEA’s leadership and liberal members of the Senate as they dare defend the old way of doing business that gave need for this reform in the first place.”

Fincher said, “The parents and local school boards know what is best for their students – not Montgomery.  This act gives them the opportunity to make those decisions.”

The Local Control School Flexibility Act is part of the “We Dare Defend Our Rights” Agenda adopted by the Alabama House Republican Caucus.

Speaker Hubbard said, “As promised, the House Republican Caucus is fighting to defend the rights and values that Alabamians hold dear. It is tough work when you’re fighting against the broken status quo, but I am confident we will win these battles and do what is right for Alabama.”

Last updated on October 21, 2016, at 07:02 amBy Bill Britt Alabama Political Reporter MONTGOMERY—If there are still questions as to who is the...

Who Has the Moral Authority to Lead Ethics Reform?