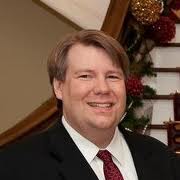 Rapid growth in the Shelby County area in the first part of this century meant that when the state legislature redistricted and reapportioned seats following the 2010 census Shelby County would get additional representation. House District 73, which currently is represented by State Rep. Joe Hubbard (D) from Montgomery has been moved to Shelby County, thus Fridy will not have to face an incumbent.

Former Chairman Fridy said, “I’m running for the House of Representatives, District 73. I believe that we can and must maintain a conservative voice for our district, a voice that fights for low taxes, fiscal responsibility, and small business. As your representative, I will work hard day in and day out for the people of our district and I will make sure our concerns are raised and addressed in Montgomery.”

Fridy promised to always be truthful, to vote to do what is in the best interests of District 73 regardless of party, to work toward increasing road funds for Shelby County, to eliminate unnecessary regulations, to keep taxes low, oppose the status quo in education, defend our Second Amendment rights, and keep taxes low. Fridy promised not to pass any new laws unless they are absolutely necessary.

Fridy serves two terms as chairman of the Shelby County Republican Party and is a present member of the Alabama Republican State Executive Committee and served a two-year term on the ALGOP Steering Committee. Fridy has volunteered on behalf of many Republican candidates including managing successful political campaigns for Rep. April Weaver, Rep. Kurt Wallace, Alabaster Mayor Marty Handlon, and Shelby County Commissioner Mike Vest.  Matt is a partner with the law firm of Wallace, Jordan, Ratliff, and Brandt, where he specializes in constitutional law, government law, critical motion and appellate practice, and corporate litigation.

He is married to the former Kimberly Arledge, a pharmacist. They have three children and expect a fourth in September. They attend Spring Creek Cumberland Presbyterian Church.  Fridy is a graduate of Leadership Shelby County and is a former Vice Chairman on the Board of Directors of the University of Montevallo’s National Alumni Association. Matt is a past member of the Board of Directors of Hands On Birmingham, a nonprofit, community service organization.  Matt graduated from the University of Montevallo in 1998 and attended Samford University’s Cumberland School of Law, where he was the Executive Editor of the Cumberland Law Review.