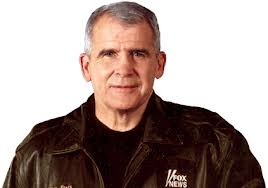 The Madison County Young Republicans (MCYR) will host former U.S. National Security Adviser Oliver North on Friday, November 1, at the Davidson Center for Space Exploration. Colonel North will be the guest of honor at the MCYR Chairman’s Dinner. There will also be a reception and photo opportunity for MCYR members and Republican VIPs.

The Madison County Young Republicans event will be at the Davidson Center for Space Exploration which is located at 1 Tranquility Base in Huntsville. The VIP Reception & Photo Op starts at 6:00 PM and is followed by the Dinner & Program at 7:00 PM.

In a written statement the MCYR said that the MCYR Chairman’s Dinner with Oliver North will be an insightful and energizing night. General Admission tickets will cost $150 per person and sponsorships are still available for the one-night-only event.

Lt. Gen. (Ret.) Ronald L. Burgess, Jr. will be the Special Guest during the VIP Reception & Photo Op. Gen. Burgess is the past Director of the Defense Intelligence Agency. He currently serves as Senior Counsel for National Security Programs, Cyber Programs, and Military Affairs at Auburn University.

Retired Marine Corps Colonel Oliver North is a combat decorated U.S. Marine who served during the Vietnam War. Colonel North was also the National Security Adviser under President Ronald Reagan (R). North was a central figure in the Iran-Contra Scandal. Partisan critics of the Reagan administration accused Col. North of acting illegally in his efforts to free American hostages held by Hezbollah in Lebanon and providing covert military aid to the Contra anti communist rebels in Nicaraugua. Ultimately the court system found in behalf of North.

North later ran unsuccessfully for the U.S. Senate, became a #1 best-selling author, a syndicated columnist, and the host of “War Stories” on Fox News Channel. Colonel North is the founder of Freedom Alliance, a foundation that provides college scholarships to sons and daughters of U.S. military personnel killed in the line of duty.

The Madison County Young Republicans claim that they are the premiere organization for young professionals across Huntsville and Madison County dedicated to Republican politics. While they welcome individuals of all ages, their general membership is limited to individuals between the ages of 18 to 40 years old. Associate memberships are however also available for those wishing to support this organization.

The mission of the MCYR is focused on recruiting, training, and electing Republican candidates to office at all levels, from the courthouse to the White House. From open discussions and regular get-togethers to campaign volunteering and candidate mentoring, MCYR provides an excellent networking environment for like-minded young professionals.

MCYR monthly meetings are held on the 3rd Tuesday of each month from 6:00 PM to 7:30 PM at Wintzell’s Oyster House at 5100 Sanderson Road NW in Huntsville.

For more information about the MCYR visit their website: www.mcyrs.com