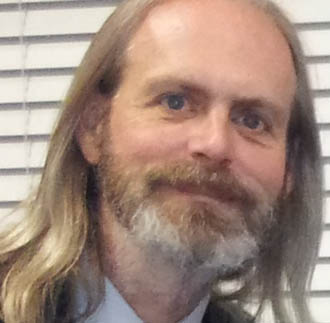 Although it may not seem so on first glance, the implementation of the 2010 Legislative Double Dipping Prohibition Act (S.B. 3) in Alabama seems to have some unintended consequences. Everyone was excited and happy to finally be able to stick it to the fancy top hat wearing politicians who were getting a salary from the State for doing a job for the State while collecting their paychecks as peoples’ representatives in Montgomery as well. It made sense – in this economy, no one works two jobs and gets two paychecks, right?  Well good riddance! Or not?

Turns out that much of that anger was directed toward legislators that had jobs in public education – it was easy then to tie these near exclusively liberal politicians to the Alabama GOP’s favorite political boogeyman, the AEA, in order to foment the proper amount of outrage to carry this legislation to fruition. Legislators were so overcome by the outrage that swept this act through the halls of Montgomery, that even a feeble last minute attempt by Sen. Del Marsh (R) to add in a “grandfather clause” was drowned in the clamor.  The double dipping law was passed in 2010 and now “if a State legislator holds a State job in the 2014 election that legislator [will] have to choose whether or not he will stay in the legislator or be in that State job,” according to Rep. Steve Clouse (R) said. He exemplifies one of many independently wealthy Republican legislators who will not have to choose between livelihood and representing the people.  However, exemptions were placed in the act for service in the National Guard and Medicaid providers among others; but loopholes were put in for sealed, competitively bid State contracts and lawyers appointed by the State.  Now, we stand about a year prior to the full implementation of this new restriction and some voices of dissent are beginning to rise.

Claims that the law unfairly discriminates against Democrat legislators now appear to be well founded. Sen. Quinton Ross (D) is director of adult education at Trenholm State Technical College, where he has worked for about 10 years and said he is running for re-election and might challenge the State’s “Double-Dipping Prohibition Act” if necessary. Rep. Dexter Grimsley (D) is chief juvenile probation officer for Henry County, said he is running for re-election and will have to reluctantly step down from his job if he wins and the law is not changed. For over 30 years, Rep. John Rogers (D) has been senior executive director of minority programs at UAB and he has gone so far as to State the law may be unconstitutional.  He further wants Sen. Marsh’ “grandfather clause” given a second chance.

Furthermore, it seems that some primarily Republican legislators continue to benefit from double dipping – they have just changed the flavor of the money and greatly enhanced the size of their scoops. For example, if you are a legislator who owns or benefits from a business that maintains contracts with the State of Alabama, that is perfectly legal, as long as the requirements of sealed, competitive bidding are met. Double dipping by benefitting from businesses because of one’s position as a legislator is a far more egregious misuse of taxpayer funds and usually a much greater amount of money is involved. The law should be modified to except those whose State jobs (or State contracts) preceded their political career, and to include income from businesses receiving State contracts not JUST State employment. Let all legislators make an honest choice between serving in the legislature or serving their own pockets.

Currently, if you are a well-off business owner or have a shared interest in a company with private service contracts that involve the State like the speaker of the house, that is kosher. And if you happen to be a lawyer that gets an extra bit of State funds to provide legal services to the State, the republican supermajority and Governor think that is just fine too – but woe to you if you are an educator, chief probation officer or other State employee. In Alabama, we can all agree that this type of “ethics law” hits the democrat side of the aisle much harder than the GOP. It will lessen the resolve of some to even consider running for office, actively discriminating against those who want to be a voice for hard working families and are themselves heads of hard working households. Those independently rich, like Clouse, or business owners that will represent the interests of their ilk will be buoyed by this law. But I guess that’s just an (un?)intended consequence.